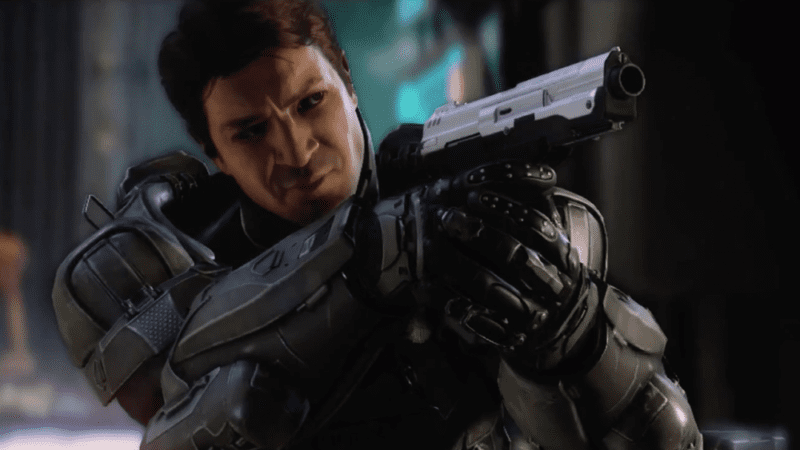 Nathan Fillion is a pretty good looking dude, there’s no denying that. For Halo 5, his handsomeness is maybe played up a bit too much, but it doesn’t matter, because he still looks great. So now it’s time to shatter that illusion.

343’s senior character artist Brad Shortt got to play around with Fillion’s face during the game’s development, and now he’s released some images of the Firefly star’s mug through various emotions, from “oh my god, you just said that?!” to “I can’t believe I just saw that”. Check it out below.

If you think that’s bad, you should see the faces Shortt did for fellow Halo 5 Spartans Jameson Locke (Mike Colter), Olympia Vale (Laura Bailey), and Holly Tanaka (Cynthia McWilliams). They’re not quite as bad as Fillion’s, but they ain’t gonna be winning any prizes for “cutest face” during any awards in the near future.

Still, he’s good looking on Castle, so at least there’s that.