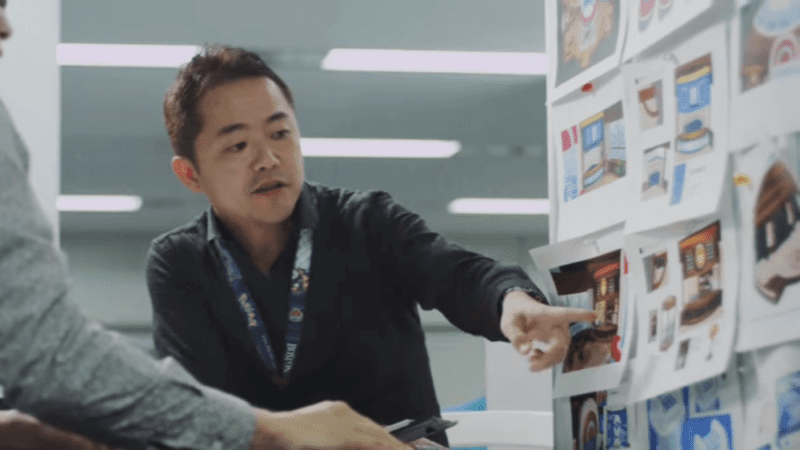 The Pokémon creatures themselves are only half of the magic being the Pokémon games. A large portion of the series’ personality comes from its settings. The new trailer reveals a sparse amount of concept art, but it may have revealed just enough to unveil that the upcoming Pokémon Sun and Moon games will take place in an all-new tropical region.

Within the trailer, there is a short moment where a developer’s screen is shown while he is designing one of the new Pokémon. On the screen is a wireframe and then a colored-in image of a bird. Of course, there are always new species of birds in each Pokémon game, but this bird specifically resembles a red-crested cardinal, based on its colors and the pointed feathers atop its head.

One interesting thing about the red-crested cardinal is that it is typically found in tropical regions, including Hawaii, Brazil, Argentina, Paraguay, Uruguay, Bolivia, and Puerto Rico. Fans of the series will know that each game is typically designed after actual continents, along with aspects of their culture and geography.

Palm trees are just plant fireworks when you think about it.

If the developers decide against placing players on a Hawaiian-esque island, then they may very likely design the new continent after South America. The palm trees present in the concept art may also be a good giveaway to what’s to come. Regardless of speculation, however, we won’t know for sure until Nintendo and The Pokémon Company decide to officially reveal more of the game on the way to its release for the Nintendo 3DS this upcoming holiday season.

The only thing that is confirmed is that the new bird Pokémon is adorable as hell, and we love its precious little self.

Where do you hope Pokémon Sun and Moon will take place? Feel free to sound off in the comments below.