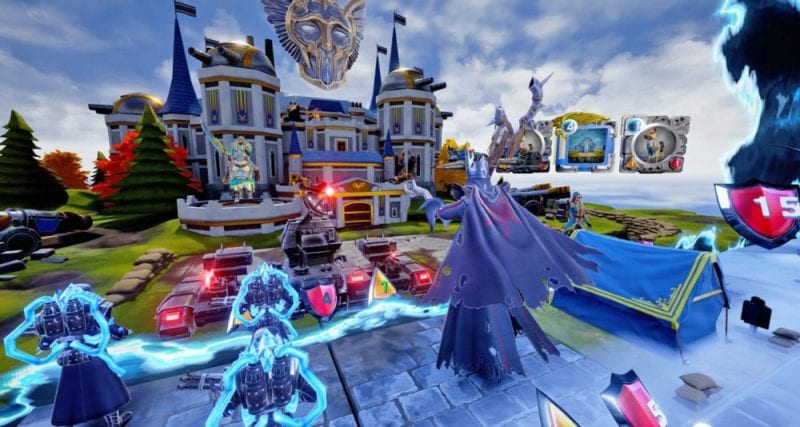 Earlier today on YouTube, developers High Voltage released a trailer for their new Oculus Rift card game called Dragon Front, which is due out sometime this spring.

Dragon Front has been described as a Magic the Gathering styled card game where players will be able to customize up to 30 decks out of more than 250 cards to take on either AI, or other players in online multiplayer. Card wise, Dragon Front will include 100 magic cards, 280 characters and 80 different encampments on launch, and the game will be supported after launch with three additional add-on packs.