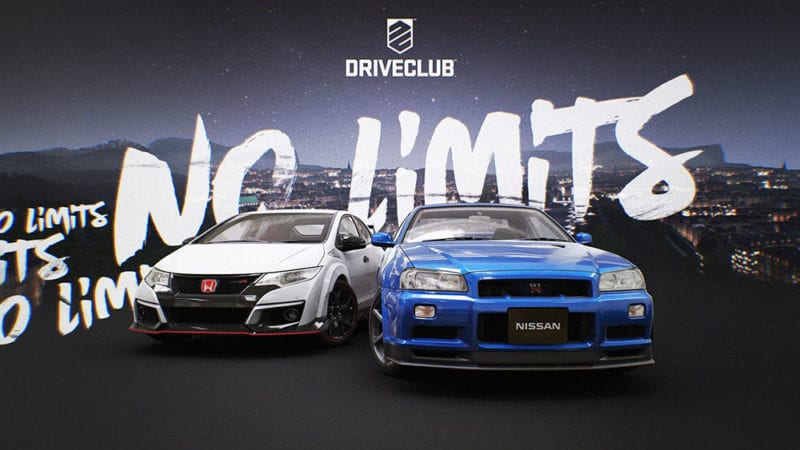 The Driveclub developer Evolution Studios have revealed the content of this months game update through a preview on YouTube.

The update is titled No Limits, and it will be releasing on February 23rd for $3.49. The update will add the Honda Civic Type-R, and the Nissan GT-R R34 V-Spec II to the garage, as well as six new tour events, and five PSN trophies for you to collect.

Evolution Studios will also be adding a new track to the game. Called Old Town, you will be able to drive around the center of an old Scottish town. The track, as well as the cars mentioned above, are showcased in the preview trailer that the developers have released on YouTube.

Also coming in the No Limits update are options for more difficult handling, which were shown off last month. The Hardcore Handling option will turn off traction control, stability control, and other assists that help you in the car.

The full feature list for the update can be found on the Driveclub Facebook page. Mentioned on the page is that Driveclub Bikes will also be getting an update that adds new events, and two brand new motorbikes.