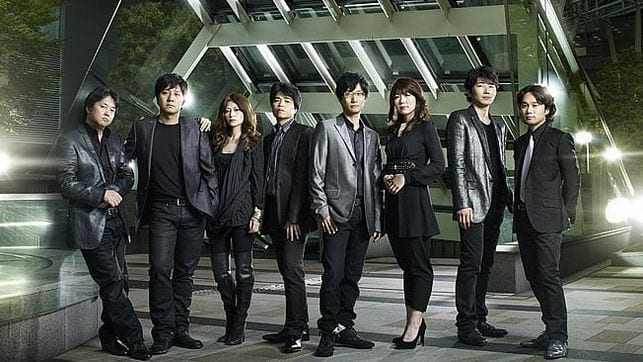 It’s no secret that Kojima Productions is one of the latest and most mysterious endeavors of the legendary video game developer Hideo Kojima, the creator of the Metal Gear Solid series. Obviously, ever since Kojima’s falling out with publisher Konami, the world has been eager to see where he would take his talents from hereon out.

With the premature release of Metal Gear Solid V: The Phantom Pain and the outright cancellation of Silent Hills, a collaboration with film director Guillermo del Toro, Konami has proven to be a plague on Kojima’s most recent objectives. Thankfully, this is no more. Since, Kojima has partnered up with Sony to undertake new projects that will more than likely see the light of day as complete as possible.

If Kratos wills it.

In a recent interview with GameSpot over at DICE 2016, Hideo Kojima gave a few details about what he happens to be currently working on in collaborations with the rest of his team at Kojima Productions. He explained how he, understandably, wants to make another big impact with this next game, with hopes that it may turn into its own series. This happened before with Metal Gear Solid, and he could very likely strike gold again.

The “impact” does have a fairly loose definition, however. Kojima explains that the impact “can lead into something outside of games, such as anime, manga, figures; something that is rich enough to expand.”

With his experience in creating dramatic stories, Kojima does plan on continuing the trend with another dramatic story with which to envelope the upcoming title. The gameplay itself is also set to be something on a grand scale. Naturally, for such a young development team, this is a visibly risky affair, but Kojima has expressed that Sony will see to it that they can create what they please, with no limit to the team’s ambition.

Specifically, Kojima stated, “Sony is supporting us to make a big game that’s edgy with a strong story that gives the player a lot of freedom, with new elements, and I don’t know if that’s possible. But we’ll see.” Additionally, he expressed how collaborating with other creators too much might depreciate the amount of his identity presented in the game.

I want to believe.

As Hideo Kojima has met with Norman Reedus and Guillermo del Toro once again, it could be assumed that the project he is currently working on may not have anything to do with them. Not yet, at least. Maybe they’ll be brewing up Silent Hills after all, in some form, but that will have to wait. First, this current project may be set to be solely his baby, if just to test the waters with the new company.

In all, the specifics from this interview are few, but one could speculate that the game could be an open-world adventure, as Sony would like for the title to give players a lot of freedom. More likely than not, though, the drama will be strong with this one. The “new elements” are yet to be revealed, and they probably won’t be revealed for a long time, but this should sate fans for the time being. After all, great things take time.

You can check out the full interview with GameStop right here.

What do you think is Kojima Productions’ first big project? Feel free to sound off in the comments below.