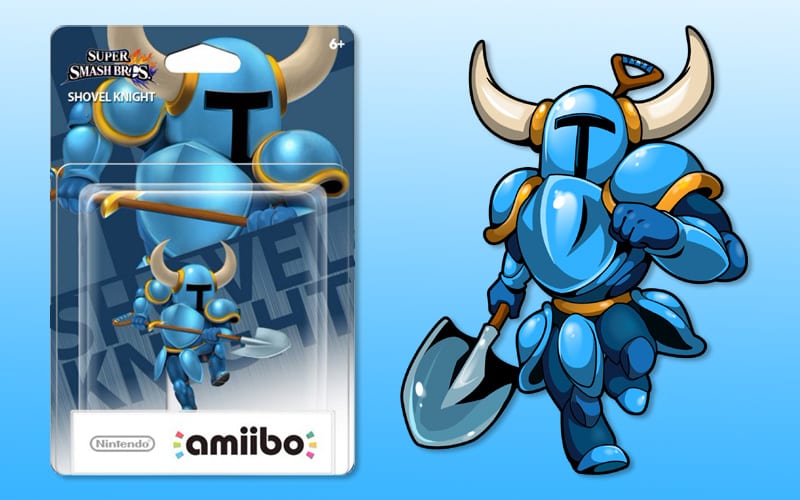 According to the interview with Yacht Club Games David D’Angelo “We got a lot of feedback from fans before release who wanted to be able to scan the amiibo inside the packaging so they could still use the figure [in-game] while keeping it as a collector’s item.” He also added that “We didn’t see much issue with their request: while you can stand with a 3DS in store and try to scan it — we didn’t think that was actually something people would do due to the nature of the content we were making.”

Nintendo also signed off on this idea so the Shovel Knight amiibo won’t have the blocking strips that are present on the other amiibo. Also, collectors won’t need to worry about taking the amiibo out of the packaging ever because D’Angelo said that “We do not plan to change how the amiibo is manufactured.”

The Shovel Knight amiibo is the first non-Nintendo amiibo and will work with both the Wii U and 3DS versions of the game. The amiibo will add a co-op mode to the Wii U version as well as the Custom Knight. Custom Knight has a level-up system, new abilities which weren’t in the original game, new weapons, and cosmetic options. While Shovel Knight is the first non-Nintendo character to get an amiibo, both Cloud and Bayonetta are also getting there own amiibo, along with Corrin of course.

So what do you think about Yacht Club Games’ decision to allow players to scan the Shovel Knight amiibo while still in its packaging?