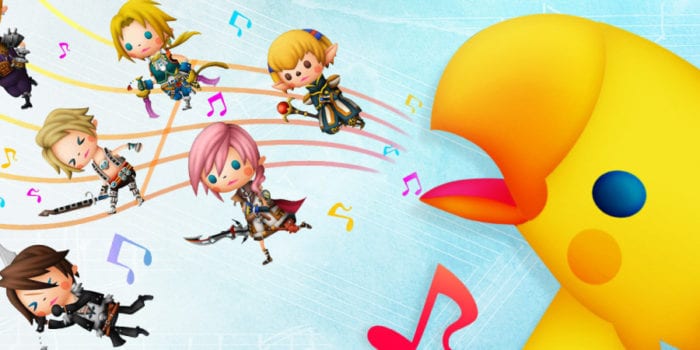 Square Enix has a lot of spinoff games for some of their biggest series like Final Fantasy and Dragon Quest, one of the more colorful of those spinoffs is the Theatrhythm games. A musical rhythm series, the games take characters and songs from across their series and have you tapping away to the song on your 3DS. At this point we’ve seen three different entries in the Theatrhythm series, two for Final Fantasy and one exclusive in Japan for Dragon Quest.

If comments from the Theatrhythm producer Ichiro Hazama are to be believed, then it looks like we could definitely be seeing further entries for the series. While speaking to Nintendo Dream, Hazama talked about his hope to keep the series going in the future. The translation comes from Nintendo Everything.

“This is Hazama from Square Enix. Last year at this place, I said ‘we’ll keep continuing Theatrhythm from hereafter too!’. Well then, I wonder how about next year[‘s continuity]. Personally, I still want to continue, and everyday I have been devising various plans. I’m full with a feeling to do something to make it happen, so I’ll be glad if you can wait with anticipation. With that being said, please keep supporting [the series] as usual from hereafter too!”

Square Enix certainly has no shortage of series with great music they could use for Theatrhythm titles. More Final Fantasy, Parasite Eve, Kingdom Hearts, Star Ocean, Mana, Chrono, the list really goes on and on. What do you think about future Theatrhythm games possibly being made? What are some of your favorite Square Enix series that you’d like to see get the musical treatment? Let us know what you think down in the comments.