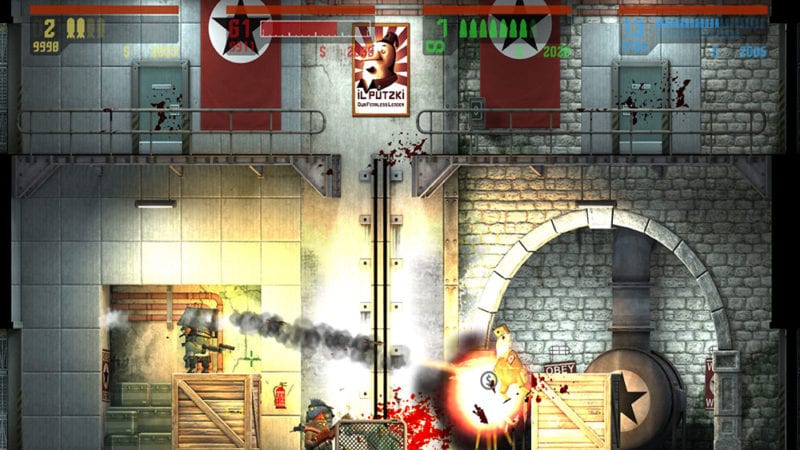 The developers of Rocketbirds: Hardboiled Chicken have unveiled a sequel called Rocketbirds 2: Evolution today, accompanying the announcement with a trailer.

Rocketbirds 2: Evolution will be releasing on the PlayStation 4, and the PlayStation Vita. The trailer does not give much away on what you can expect from the game, although the presentation of the video itself is well done. You can watch it for yourself below.

The game is a platformer where you have to save hostages currently held prisoner, while killing the evil enemies that are trying to stop you. Rocketbirds 2 will include a brand new story mode, while the co-op mode has been worked on to include more collectibles, customizable characters, and procedurally generated locations. It will also now be called Rescue Mode, as the developers have said you will be able to play the mode by yourself. You can read through the full announcement for the game on the PlayStation Blog.

The first Rocketbirds game originally released in 2011 on the PlayStation 3, although it made its way onto the Vita handheld two years afterwards. The developers thought afterwards that they wanted to create something that had more playability after the story mode, co-op mode, and other areas of the game were completed.