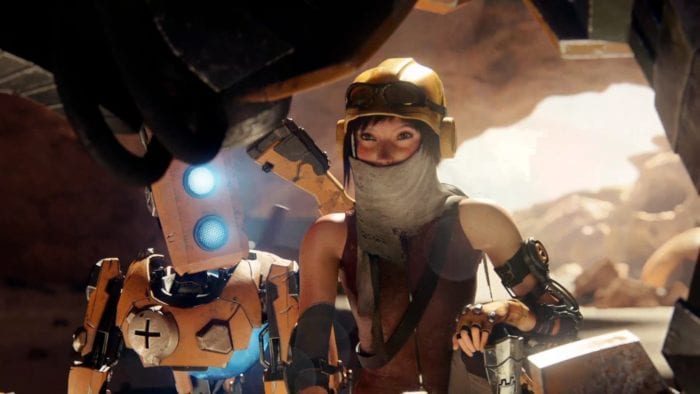 ReCore, the Microsoft exclusive title being made by Might No. 9 and Mega Man creator Keiji Inafune has been delayed until the “latter half of 2016” according to a representative who reached out to Engadget.

The full statement sent to Engadget reads “We have not yet set a launch date for ReCore however the game will be ready in the latter half of 2016.”

The game was supposed to launch in “Spring 2016” according to a news post on xbox.com published after its reveal, but very few people thought that release window was attainable. It appears as though those inclinations were correct.

News of the delay comes a day after Xbox One exclusive, Scalebound’s release date was pushed back to 2017.

Little is known about ReCore at this time outside of the reveal trailer that was shown at Microsoft’s E3 2015 press conference. In the trailer, a young girl walks with a robotic dog through a desert where they encounter what appears to be robot spiders. When the girl’s dog sacrifices itself in the heat of battle, she removes a glowing orb from the remains and places it into a nearby robot. The robot is then brought to life as a result.

It was revealed in a post on Xbox Wire yesterday that ReCore which was previously thought to be an Xbox One exclusive, would also be launching on PC.