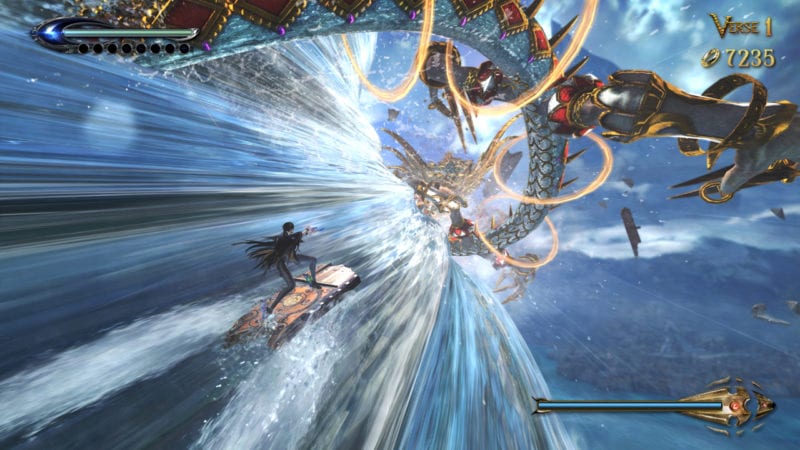 Character action games are plentiful, but there aren’t quite as many so finely tuned and crafted as Bayonetta 2 for the Nintendo Wii U. Upon its initial release, Bayonetta 2 was bundled with a 60fps version of Bayonetta 1 with added costumes themed after various Nintendo characters, with the bundle at the full price of $59.99.

Nintendo of America has just tweeted some news, though, for the people who still have not experienced the game. Supply of the original bundled release was getting scarce in some areas, and this is probably why:

Just in time for her to join the Smash Bros for Wii U & 3DS roster, Bayonetta will be returning to store shelves with a standalone re-release of Bayonetta 2 for $29.99 on February 19th.

Considering the game was one of the most critically praised of 2014, this is an outright steal. Containing all of the game’s original content, this is as good a time as any to acquaint yourself with the wicked witch herself before she joins Smash Bros.