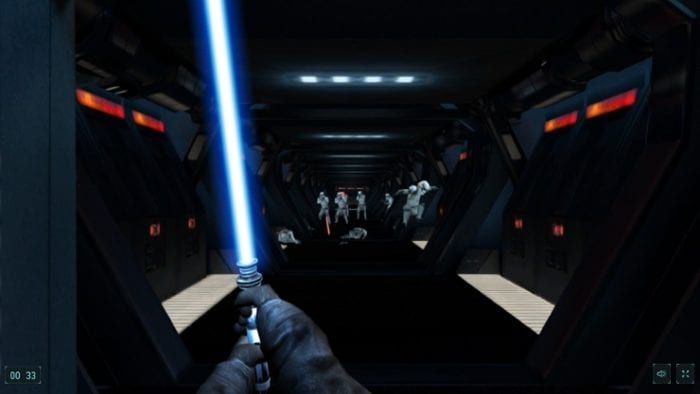 Star Wars: The Force Awakens is a few days away. The new Star Wars Battlefront game is an excellent way to pass time until the film’s release, but Google’s new game Lightsaber Escape is worth a try if you really want to feel like a Jedi.

Lightsaber Escape is a free browser game which uses your smartphone as the controller. You’re given a web address where you sync your phone to the game, and after that you can start slashing away at an army of stormtroopers.

The best part of the game is hearing lightsaber sound effects coming from your phone as you swing it around. It’s the high-tech version of hitting your siblings with wrapping paper tubes while making lightsaber noises.

This is a collaboration between Google’s developers, Lucasfilm, and visual effects company Industrial Light and Magic. The authenticity shows, and Google published a detailed article on creating the technology behind the game.

If you’re trying to dodge The Force Awakens spoilers, wielding a lightsaber is a great way to pass time. Check out the game and let us know your results in the comments below.