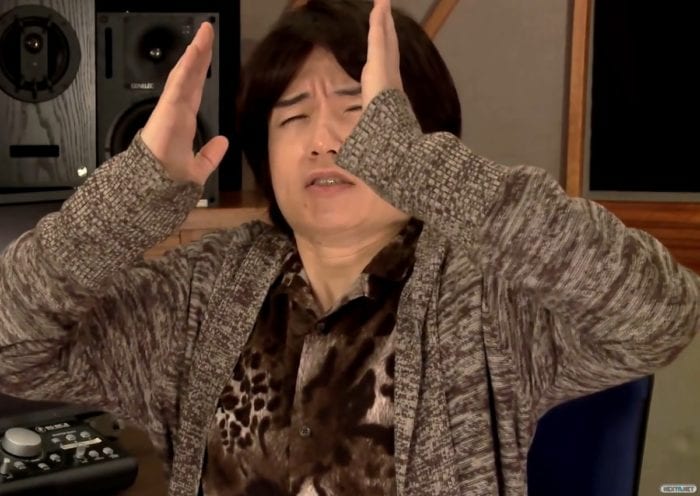 If you’re one of the many Smash Bros. players who reacted to the reveal of Corrin with “more Fire Emblem characters?”, you may be happy to hear that even the series creator Masahiro Sakurai thinks the same.

Sakurai discussed the latest additions to the Super Smash Bros. roster in a recent column written for Famitsu (translation via Nintendo Everything). According to Sakurai, the team chose Corrin because they were looking to add a character from a game that was just or was about to be released. Sakurai admits he felt that there were too many Fire Emblem characters already in Smash, but “after speaking with the development staff, he was assured that Corrin would make for an interesting fighter.”

If you include both versions of Robin, there have been eight playable Fire Emblem characters in Smash so far, which is a ton considering that series like Metroid and Nintendo villains in general are less represented.

In his piece, Sakurai also reveals that the reason Bayonetta won the Smash Ballot was because she received nearly two million votes and was “the top rank character from the poll in terms of realizable and negotiable characters.” According to Nintendo Everything, Sakurai said that Bayonetta was made into a combo character because they had problems transitioning her to Smash. He also noted that they struggled with how she would be represented, as they didn’t want to raise to game’s Japanese age rating above an A for all ages.

Let us know your thoughts on Sakurai’s piece and Fire Emblem characters in the comments below.