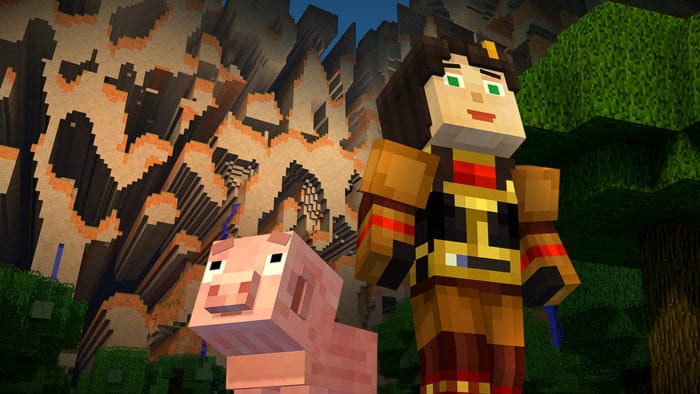 Like most episodic games from Telltale, Minecraft: Story Mode’s first season will consist of five episodes. However, the format for this game will be a little different than past Telltale games, because episode 4 will act as the season finale, wrapping up the main story of the game.

Telltale have deviated from their established format a few times, like giving The Walking Dead an interquel set between games or extending Game of Thrones to six episodes. This time, they’re ending the main story arc of Minecraft: Story Mode early, leaving an extra episode for a new story.

Telltale’s latest blog doesn’t explain what will happen in episode 5, but promises a release date of early 2016.

If Episode Four will end the story of the Wither Storm, what does that mean for Episode Five? We wouldn’t dare spoil that for you here, but you can expect to have a better idea of what’s to come for the Order of the Stone after playing Episode Four and when the mysterious fifth episode launches in early 2016.

Minecraft: Story Mode Episode 4 is coming to all available platforms on Dec. 22. What do you think will happen in the fifth episode? Let us know in the comments below.