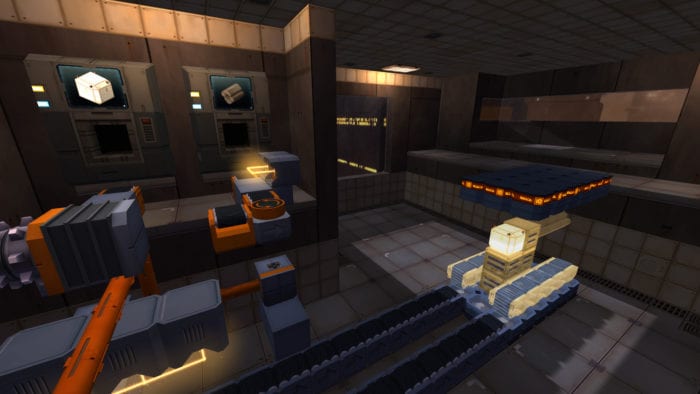 You can check out the game that critics are saying, “will make you feel like a talented designer,” when Infinifactory arrives on PlayStation 4 systems this Tuesday, December 22nd.

Developer Zachtronics’s Infinifactory is not just a sandbox puzzle game; it’s also a story-driven adventure consisting of over 50 challenges. In the game, you’ll be at the hands of your alien overlords, conducting experiments for them, in what you should pray turn out as you planned. If your building skills aren’t up to par, it’s unfortunately going to result in your death. Sorry.

As far as gameplay goes, each new task you receive will show you what you need to build and what materials you’ll have to work with. The rest is up to you, so you better have a well-balanced imagination! Luckily, simple mechanics and dark humor will aid you in the process. Also, as an added bonus, plenty of audio logs will encourage you to explore and go off the game’s beaten path.

If you can’t wait til Tuesday to give it a try, the game released earlier this year on Steam and was met with “Overwhelmingly Positive” reviews from its users. It’s currently available for $24.99.