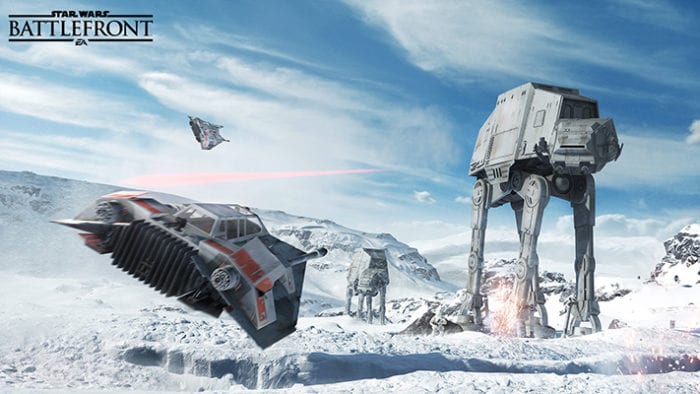 Star Wars: Battlefront players are finding themselves randomly ascending to immortality with a new glitch that gives unlimited health. Now you can be almost as invincible as an AT-AT.

Many players are reporting the bug on Reddit, sharing footage of unbeatable enemies and their own experiences with invincibility. Though lag or hacks seemed culprits at first, the frequency of the bug as well as reports of personal experiences seem to point towards a good, old-fashioned glitch.

“Had this happen to me. Somehow turned invincible after my 12th death during a multiplayer match and ended up going 55-12. I saw the laser shots hitting me but I didn’t take any damage.” – Inverted_Flat_Spin.

Some claim the glitch more commonly affects players who crash their ships, or eject just before hitting the ground, though there’s no confirmed method for activating the unlimited health bug. Let us know if you’ve spotted the glitch in your Battlefront matches.