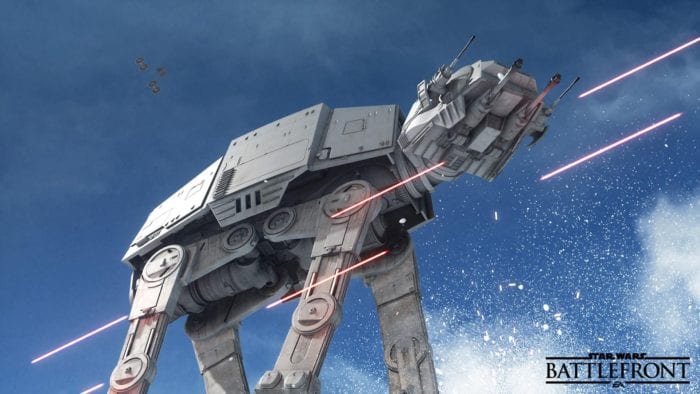 One of the key mechanics you’ll have to quickly learn in Star Wars Battlefront is towing the huge AT-AT Walker while in a plane. If you pick up a vehicle power-up while playing on the Rebel side in the Walker Assault multiplayer mode, you’ll get a chance to tow an AT-AT and bring it down to score big for your team. You can also practice towing in one of the solo Training Missions.

To tow an AT-AT, simply fly your plane and position it near the legs of the Walker. There should be a button prompt that pops up, and allows you to release the cable to start towing it. After pressing the button, a black bar will show up in the middle of your screen, and you will see a small plane icon in the middle of it. Your goal here is to keep the icon within the boundaries of the black bar. Simply use the right stick (if you’re playing on consoles) to move up and down to keep the plane icon in the bar.

You’ll also see four blue icons on the left of the bar. When all four of them have lit up, you’ll have successfully towed the AT-AT, and you can let go of the right stick. If done correctly, the AT-AT should topple immediately.