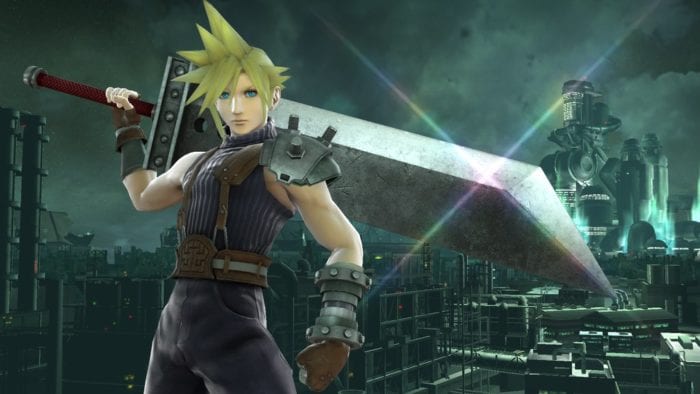 The Super Smash Bros. series has made more than a few dream matches possible with its already vast roster. Fans everywhere were shocked when Ryu showed up in Smash, and Mega Man’s appearance was an unexpected surprise. Now, Cloud Strife from Final Fantasy VII will make his debut in the fighting series.

After debuting in the massively successful Final Fantasy VII, Cloud Strife became one of the most popular video game characters of all time. His debut trailer shows off two distinct costumes: one based on his original appearance, and the other based on his redesign for the Advent Children movie. Cloud uses a Limit Break mechanic to power up and utilizes Omnislash as his Final Smash attack. Finally, there will also be a stage based on Midgar, which is being torn apart by Final Fantasy summons like Bahamut and Odin.

Cloud’s appearance in Super Smash Bros. is a huge surprise, but Nintendo still has more in store for the fighting game. A special Super Smash Bros. broadcast is planned for December, which will likely have more information on Cloud Strife and more, like the winners of the Smash Ballot that Nintendo held earlier this year. Any new challengers will definitely have a hard time topping Cloud’s debut, but it’s still an announcement to look forward to.