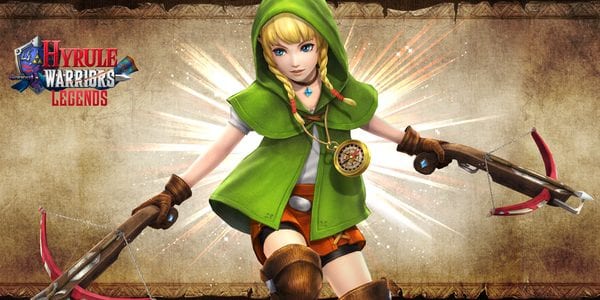 In a surprise announcement during the latest Nintendo Direct, Hyrule Warriors Legends was given an unexpected new character reveal. Joining the previously announced Toon Link, Tetra, King of Hyrule, and Skull Kid is the brand new character Linkle.

She is basically a female version of Link, but she’s not a simple clone. Linkle comes packed with her own specific skill set, her primary weapon being the crossbow. Her special attack is similar to Link’s Spin Attack, but lacking a sword it becomes a Spin Kick.

Players who own Hyrule Warriors on Wii U will be able to transfer all these new fighters to the home console game when Hyrule Warriors Legends releases in North America Mar. 25, 2016, exclusively for the Nintendo 3DS.