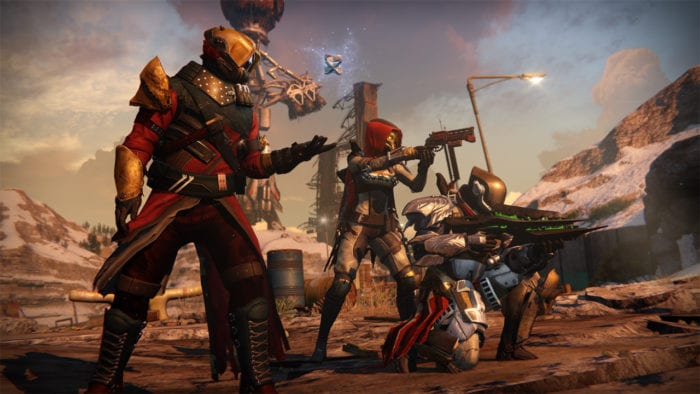 Destiny has a fair amount of missions that are more fun with friends, and some that can’t be completed without backup. To show that teamwork really pays off, Bungie is adding a Refer-A-Friend system to the game soon. Completing that quest will give both players some exclusive in-game rewards.

The Refer-A-Friend program isn’t live yet, but details of the referral quest and its rewards have shown up in Destiny. The new “Duo Dance” and “High Five” emotes have been added to the Emote Collection in The Tower. In the game and on Bungie’s website, the only known way to unlock this emote is completing a Refer-A-Friend Quest titled “A Tale of Two Guardians”. You can view both emotes below.

Players who complete this quest can also unlock a new shader, emblem, and Sparrow. Again, there’s no way to get these items yet, but they can already be previewed in the game through the Collection kiosks on The Tower.

The referral program still hasn’t been fully detailed, but it looks like this quest is the only way players can get these exclusive cosmetic items.

What do you think? Will you try out the refer-a-friend program so you can update your Guardian’s look? Let us know in the comments.