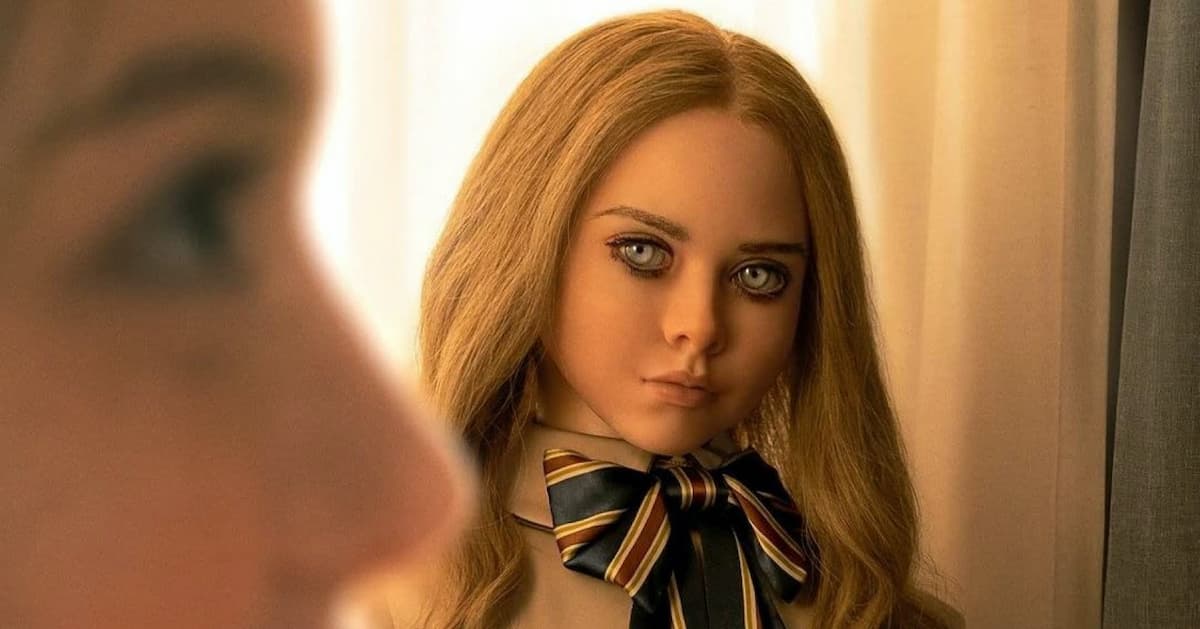 Blumhouse Productions and Universal Pictures’ unique blend of horror, techno-thriller and comedy has been unleashed into the wild, and critics and audiences alike are having a blast. For those of you who’ve arrived here, however, chances are you’ve got a particular query in mind: Who plays the doll in the M3GAN horror film? Fortunately, you’re in the perfect place. So, without further delay, let’s get down to business, shall we?

Was M3GAN Played By a Real Person? Answered

Interestingly, the creepy doll at the heart of M3GAN is played by two different real-life actors. Firstly, 12-year-old New Zealand-based actress, Amie Donald, portrays the eponymous killer robot physically. This includes all the walking, dancing, running, and stuntwork that the nightmarish doll undertakes throughout the horror-comedy pic.

Of course, this also entails the iconic running-on-all-fours scene in the forest, where Megan chases Gemma’s bully Brandon through the woods before teaching him a lesson he’ll never forget.

On the other hand, the voice of the titular machine is portrayed by 18-year-old Texas-based actress Jenna Davis (pictured above), who delivers all the film’s computerized dialogue replete with the robot’s signature southern American accent. Outside of the movie M3GAN, however, Davis is also a popular singer, and has starred in lots of TV roles like 2021’s Scarlett’s Lab and 2022’s Maggie.

So, there you have it. Hopefully, this has helped to clue you in on who plays the doll in the Megan horror film. For more horror content, we have guides explaining why the Barbarian movie is called Barbarian, why the creature in Barbarian is obsessed with milk, what the chef whispers to Tyler in The Menu, and how scary is The Menu. Alternatively, go ahead and browse the relevant links down below.