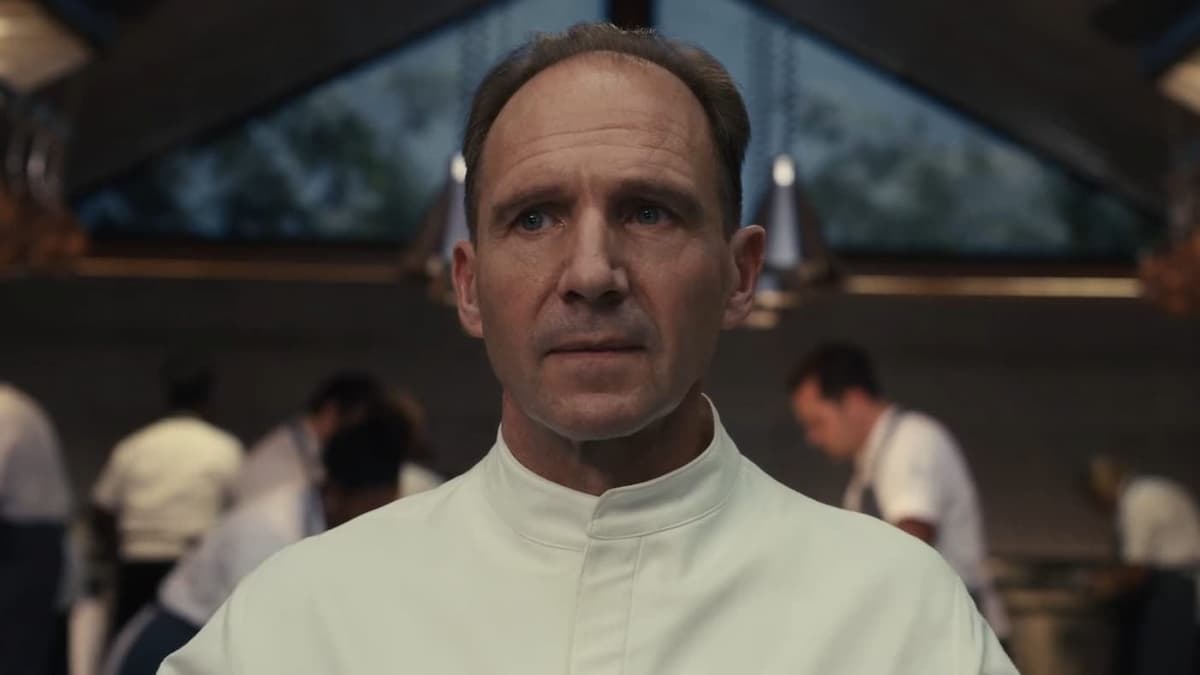 You’d be hard-pressed trying to find a film with such a unique idea as Mark Mylod’s high-concept thriller, The Menu. Blending themes centering on the cult of personality, social commentary, elitism, and the relationship between the artist and their art, the slow-burn shocker will simultaneously make you think and make your tastebuds go into overdrive at the same time. One question that some moviegoers may still be wondering, however, is: What does Chef Julian Slowik whisper to Tyler in The Menu? With that in mind, then, let’s get started, shall we?

***Before we get into the nitty-gritty details, here’s a big spoiler warning for those who’ve yet to see The Menu***

What Does Chef Julian Slowik Whisper to Tyler in The Menu Horror Movie? Explained

Straight off the bat, it’s clear that what Chef Slowik (Ralph Fiennes) whispers to Tyler (Nicholas Hoult) is completely inaudible within The Menu. However, we can try and infer what was said.

Right before it happens, we learn that Tyler knew full well what to expect from the evening; in essence, that all the patrons were going to die a grisly death. Of course, Erin, aka Margot (Anya Taylor-Joy), is not very pleased with this revelation, as she obviously feels betrayed by Tyler, who brought her to Hawthorne without warning her that it’ll likely be the last meal she ever eats.

Meanwhile, Chef Slowik successfully attempts to humiliate Tyler by forcing him to cook a course for him in the kitchen, which Slowik deems “very bad” and essentially ridicules him. So, it’s around this point that we learn that Tyler is undoubtedly not a character to root for, as he’s proven to be a self-interested dunderhead who worships Chef Slowik like a divine deity.

Continuing this metaphor, then, we interpret the moment where Slowik whispers to Tyler as a sort of a god-like figure telling his subordinate that he is not fit for The Menu. In other words, when Slowik speaks softly to Tyler, he is telling him that he cannot continue partaking in this transformative meal and that he is not able to take part in the final step of the majesty of his art. In some ways, it’s akin to Tyler being refused entry to Heaven itself.

As a result of this, we soon discover what happened to Tyler when we see his body hanging in a storeroom. Yes, the words that Slowik whispers to Tyler drive him to suicide as he is not welcome to finish the titular menu, which is like a death worse than death to Tyler, the snobby foodie.

So, there you have it. We hope this helped to answer your query: What does Chef Julian Slowik whisper to Tyler in The Menu? For more horror-related content, check out why Barbarian is called Barbarian and why the creature in Barbarian loves milk.