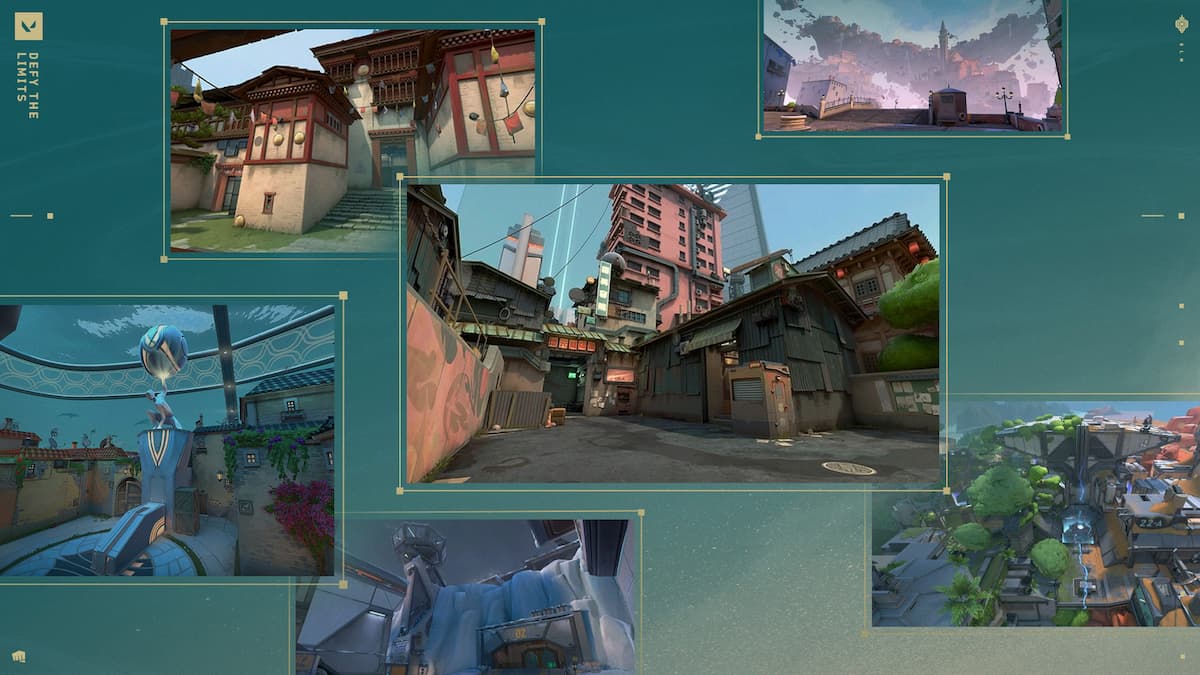 The new year brings a new season of Valorant content, and there’s plenty to get excited about. That includes a brand new map called Lotus being added to the rotation, as well as the return of a fan favorite that was removed in 2021. Here’s everything you need to know about when the new Valorant map Lotus comes out and what to expect.

Update: Riot Games has now revealed Lotus in full with a new trailer (below), and Twinfinite also has a separate article offering a full overview of the map that you can read here.

Riot Games has been pretty quiet on details as to what the setting, layout, and overall design of the new map are likely to be, but we do have some clues to work with. First and foremost, we know that while the map was codenamed ‘Jam’ for the developers, in the context of Valorant lore, it is referred to as The City of Flowers.

The City of Flowers is said to be a location that exists on both Alpha and Omega Earth, but when we play it in-game, it will be the Omega Earth version. Remember, Alpha and Omega Earth are two different dimensions — Alpha is our own. There are several clues in the range that allude to Map 9 taking place on Omega Earth, and there is even a card from the latest Valorant battle pass that features a large tree with a flower set against the backdrop of an ancient city.

Earlier this Act, Valorant’s latest Agent, Harbor, could be heard having a conversation with Astra, recorded in the practice range (now removed), discussing his powerful amulet. When Astra explains it features writing from The Guardians, Harbor then mentions his study of The City of Flowers, a location that he knew existed but struggled to find.

When he did, for some reason, it had been wiped off the face of the earth — Alpha Earth, that is. Astra and Harbor theorize that it still exists over on Omega, though, and so that’s probably where the new map takes place. Notably, Astra refers to the map as a “nexus,” which might be a teaser for its name — though that’s just speculation on our part.

So, is the new map some sort of ancient city? It seems so. And in fact, we might already know the location of the map thanks to another teaser in the practice range. There’s now a new storyline that can be heard on various voice recordings around the practice range as of this week, and it features Astra, Harbor, and Skye.

They seem to be on some sort of mission to find something in India, where Harbor is from. Perhaps, the key to The City of Flowers over on Omega Earth. And if the key is in India, as the above image highlights, perhaps the map is located there too? Except, on Omega Earth, of course. This seems likely since, as mentioned before, Harbor explains he visited the site and found it ruined — presumably, he was in India.

Now, onto all the teasers that Riot Games has been publishing lately on its Twitter. For those who have been paying attention to the channel, you’ll know what I mean — Riot social media has showcased a futuristic city that looks very urban and modern. What gives? Could it be that The City of Flowers is part ancient, part modern? Maybe, but I actually think this might just be the Agents relaxing in Split and is a teaser of that map’s return rather than the new one. Omen can be seen snipping away at a Bonsai tree, after all, and we know Split is set in Japan.

Besides, too, we know Astra, Harbor, and Skye are off on their own adventure, and they aren’t among the Agents featured in the teasers you can see above. We still think The City of Flowers is in India and has an ancient theme.

As per usual, Riot is hush, hush on what the new map looks and plays like until it officially releases a trailer and gameplay footage, but something we do know about the new map is that it will feature a unique mechanic. That’s right, after a back-to-basics approach seen in Pearl, which doesn’t include any sort of gimmick (doors, zip-lines, etc.), Riot’s development team has already teased that this time around, there will be something unusual about its design.

There’s not much more to go on other than that, but apparently, the new mechanic is “not too crazy.”

Now, this is something we do certainly know for sure. Valorant’s new map will come out next week, Jan. 10/11 (depending on your region), along with the launch of Episode 6. Along with the new map, Split will return, and there will be all the usual bits of new content in the form of a battle pass and weapon skin bundle. More on all that soon! Stay tuned to Twinfinite for everything Valorant over the next few days, as we’ll be playing the map in Early Access.

For now, then, that’s everything there is to know about when the new Valorant map comes out and what to expect. You can check out more on the game in the related articles below.