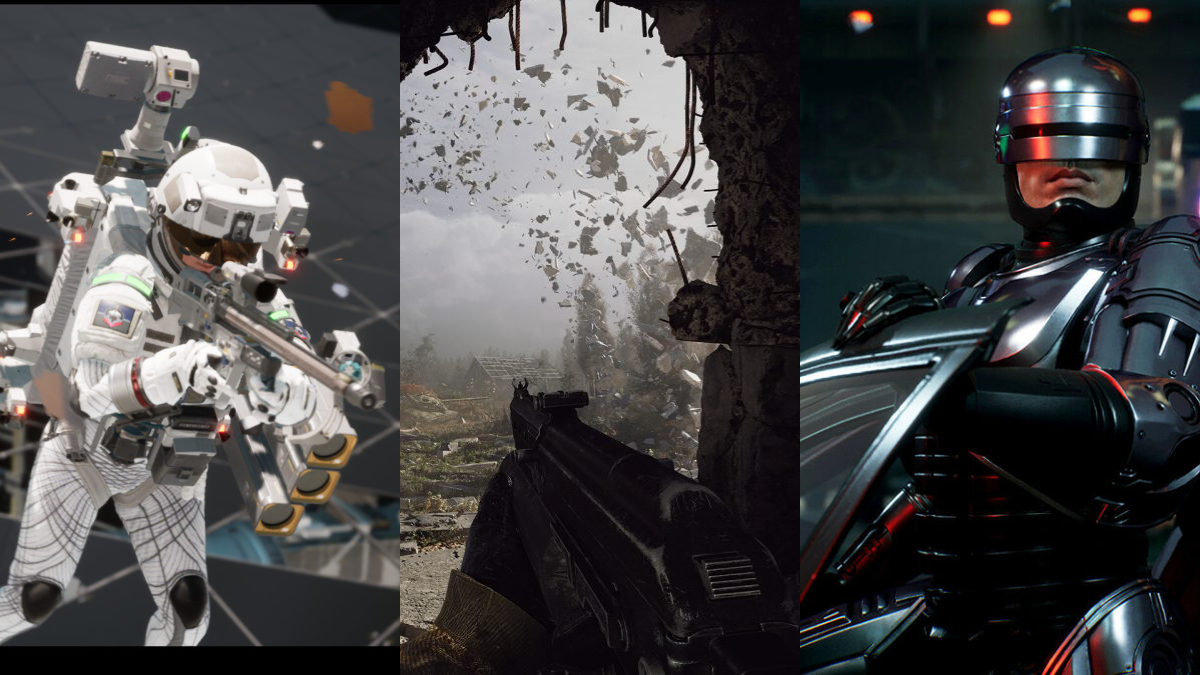 The Shooter/FPS genre is one of the games industry’s oldest, but there is no shortage of fresh and exciting titles set to launch over the next 12 months. From the rims of outer space to the radioactive sludge of Chernobyl, here we’ll be running through all of the best shooters/FPS games coming in 2023 that you need to have on your radar.

Proving that there’s still innovation yet to be seen in the FPS genre, Boundary is taking the fundamentals of tactical shooting and throwing zero gravity into the mix. Taking control of a heavily armored astronaut called an Astroperator, players are set to engage in fierce firefights while floating through the cold emptiness of space. The first technical test takes place in January, while a release date is expected later this year. You can check out a trailer showcasing Boundary’s gameplay here.

Bethesda’s blockbuster RPGs are some of the most popular games of all time, and now the publisher is about to deliver another that pioneers a brand new franchise — its first in over 25 years. Starfield takes us to the final frontiers of space as players are challenged to create any character they want and embark on an epic quest to answer mankind’s greatest question. This is more of a fully-fledged RPG played from a first-person perspective rather than a pure shooter, but we’re expecting Bethesda to make good on its promise to deliver more robust combat mechanics than in previous games. You can check out a recent trailer about its quest system here.

Ok, we’re cheating here a bit, but while Destiny 2 itself isn’t a new shooter, the Lightfall expansion looks set to deliver a fresh story and gameplay experience that stands apart from previous outings in the popular series. Set in the cyberpunk city of Neomuna on the planet Neptune, Lightfall features new enemies and allies, as well as another darkness subclass called Strand. There are a bunch of new quality-of-life features and mechanics, too, including the new Guardian Ranks that should make Lightfall a great jumping-in point for new players as well as a compelling adventure for veterans.

While there have been spin-off STALKER titles following the superb 2009 original, it’s been a long wait for a true sequel. Thankfully, that wait is slowly drawing to an end as STALKER 2: Heart of Chernobyl is poised to leap from the shadows later this year. Much like the first game, once again we’ll find ourselves in the aftermath of not one but two Chernobyl disasters that have turned the surrounding countryside into a dangerous post-apocalypse where radioactive waste is only part of a nightmarish reality.

Reboots are a dime a dozen in today’s video game landscape, but the return of the I.G.I franchise is one we’re particularly excited about here at Twinfinite. The series forms part of the tact-shooter genre’s roots, and this reimagining of the first game looks not only like a blast of nostalgia but a genuinely brilliant FPS experience.

Set in the 1980s, I.G.I Origins is a Cold War-era military espionage sim that sees you plan and execute daring stealth missions behind enemy lines. It’s due for launch sometime in 2023.

Arkane Studios is a bastion for creativity in a genre that tends to fall back on tried and tested formulas, and Redfall is its latest project to get excited about. This time around there’s set to be a stronger focus on multiplayer, something that was integrated into an Arkane game for the first time in the studios’ last outing, Deathloop. This time, it sounds as though it’s more of PvE experience as players group together to hunt and slay all manner of bizarre monsters. Redfall is set in a town turned upside down by a failed experiment that saw a legion of vampires invade and isolate it from the outside world.

Standard conventions dictate that team-based multiplayer games pit two different sides against each other in various game modes. But what happens when you design a game that features three? Alara Prime is a tac-shooter that appears to borrow heavily from the likes of Counter-Strike, Valorant, and Rainbow Six: Siege, but it stands apart with a unique gameplay loop that sees three different teams duke it out: one defends an upload site (think bomb/spike sites from CS/Valorant), while the other two attack. The attackers can either choose to immediately engage each other or work together to oust defenders first.

Alara Prime is the brainchild of several former DICE developers, and you can check out some of the action from a recent playtest here.

We’re many years past the wonky video game adaptations of popular movies seen during the years when the RoboCop franchise was in its prime, and so there’s every reason to believe Rogue City might turn out as a very solid FPS. We’ll have to wait and see more gameplay footage before we can truly get excited, but for now, it’s at least firmly on our radar as one to watch — especially as Peter Weller, the original voice of RoboCop, is reprising his role as the iconic protagonist. Rogue City is set to launch in June of 2023.

The Payday franchise might be one of the most celebrated and acclaimed co-op shooters of all time, so it shouldn’t come as too much of a surprise that the third title makes an appearance on our list. Payday 3 is primed to once again deliver the ultimate heist experience as players plan and execute the perfect criminal operation, this time set years after the crew’s terrorizing of Washington D.C.

Ever considered that despite everybody loving dinosaurs, there are hardly any good dino games? Well, Exoprimal is seeking to change that with a new player vs. player vs. environment multiplayer experience that pits mankind and cutting-edge technology versus hordes of ancient predators. Strapping into exo-suits that remind us of Anthem (which doesn’t happen often), the main game mode sees two teams of five race against each other to complete the objectives set by an AI called Leviathan. It’s a third-person shooter with a bunch of classes to choose from, and you can even switch on the fly or apply “rigs” to their characters, which grants abilities from other classes.

It seems as though there’s a new Warhammer game every year these days, but we’re hardly going to complain when the next adaptation of the franchise looks as good as Space Marine II. The sequel title drops the marine vs. orc premise and returns to another franchise favorite: the epic battle against hordes of Tyranids, the grotesque creatures reminiscent of Ridley Scott’s Aliens. Gameplay-wise, expect more of the same but suitably expanded, with a mix of third-person shooting and hack-and-slash melee fighting.

After two successful titles kickstarted an enormous community of players, The Division is expanding its horizons with a new multiplayer experience. It’s called Heartland, and it’s a free-to-play survival game that shares plenty of lineage from the original The Division titles but with some notable new mechanics, too, mostly centered around survival gameplay.

The original Max Payne is an iconic third-person shooter from the early 2000s, beloved for its gritty, comic-book storytelling and inventive bullet-time mechanics. It’s one remake we’re absolutely thrilled to see get the greenlight — especially as it’s both the original two games in one package. There are precious few details on the games so far given it was early in development when it was announced last year. 2023 might be a little optimistic for a launch date, but we’re keeping our fingers crossed Remedy and Rockstar North have it ready soon.

If Payday 3 is on your hitlist of FPS games to beat in 2023 then you can throw on Crime Boss: Rockay City too. It’s a co-op heist and turf-war crime shooter in which you plan a daring takeover of a metropolis to become its next mob king. Players are able to choose a crew of cronies based on their skills and expertise, which includes a stellar cast of star actors, including Michael Rooker, Kim Basinger, Danny Glover, Damion Poitier, and Vanilla Ice.

Set in an alternate reality 1950s after the USSR used advanced robotics to defeat Nazi Germany, Atomic Heart is set amid the chaos of that same technology turning on mankind. It will be up to players to beat back the machines in a gameplay experience that reminds us of Bioshock in all the best ways.

That wraps up Twinfinite’s list of the best 15 shooters coming in 2023 to keep on your radar. We’ll be updating this list throughout the year so be sure to check back in later as more games are added.