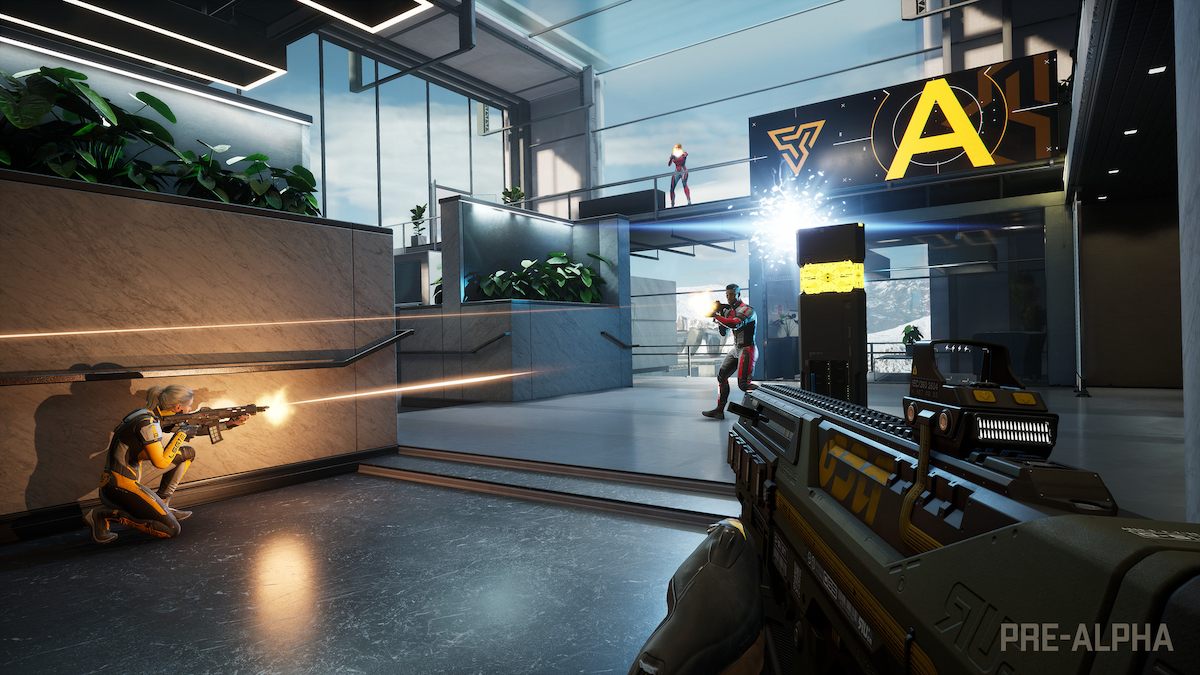 ALARA Prime has the FPS and tac-shooter community talking for good reason; it’s the debut project from Fall Damage, a studio comprised of former DICE developers which features a unique 4v4v4 design and gunplay reminiscent of CS:GO and Valorant. It’s still early in development, but over the summer successfully completed its very first Alpha playtest, which by all accounts went down a treat with those who took part.

Today, a new frag montage celebrates some of the most exciting plays from the test. Fall Damage has thanked playtesters for their feedback, and importantly, confirmed ALARA Prime will be back with more playtests moving forward — though no specific dates have been locked in yet.

If you’ve not heard of ALARA Prime before then you’ll quickly notice from the above video that its gunplay looks rather similar to CS:GO, with more of a point-and-click style that doesn’t necessitate ADS. For veteran fans tac-shooters, that should come as refreshing to see given that it’s at the core of the genre’s traditions but which so many games have moved away from after run-and-gun, scoped gameplay was made popular by the likes of Call of Duty.

The actual gameplay loop is search-and-destroy just as it is in CS:GO, though ALARA Prime puts its own unique spin on things. Here, two attacking teams attempt to take control of an Uplink and successfully upload a transmission, while a third team defends it. The attacking teams can choose to work together to breach their defense before turning on them, or they can simply brawl from the get-go.

If you’re a fan of Valorant or CS:GO, you should feel right at home, but there’s also plenty new and different about ALARA Prime which means it isn’t limited to tac-shooter players.

The game actually combines elements from other tac-shooters and hero shooters, such as Rainbow Six: Siege, and to a lesser extent, Overwatch, with the various gadgets and abilities able to be used by different classes in the game. These include decoys, invisibility, flash bangs, grenades, etc.

If you’re interested in learning more about ALARA Prime, check out the game’s YouTube channel for videos that explain its 4v4v4 gameplay loop and showcase other aspects of its gunplay. Twinfinite will keep you posted as soon as we hear of the next upcoming playtest.