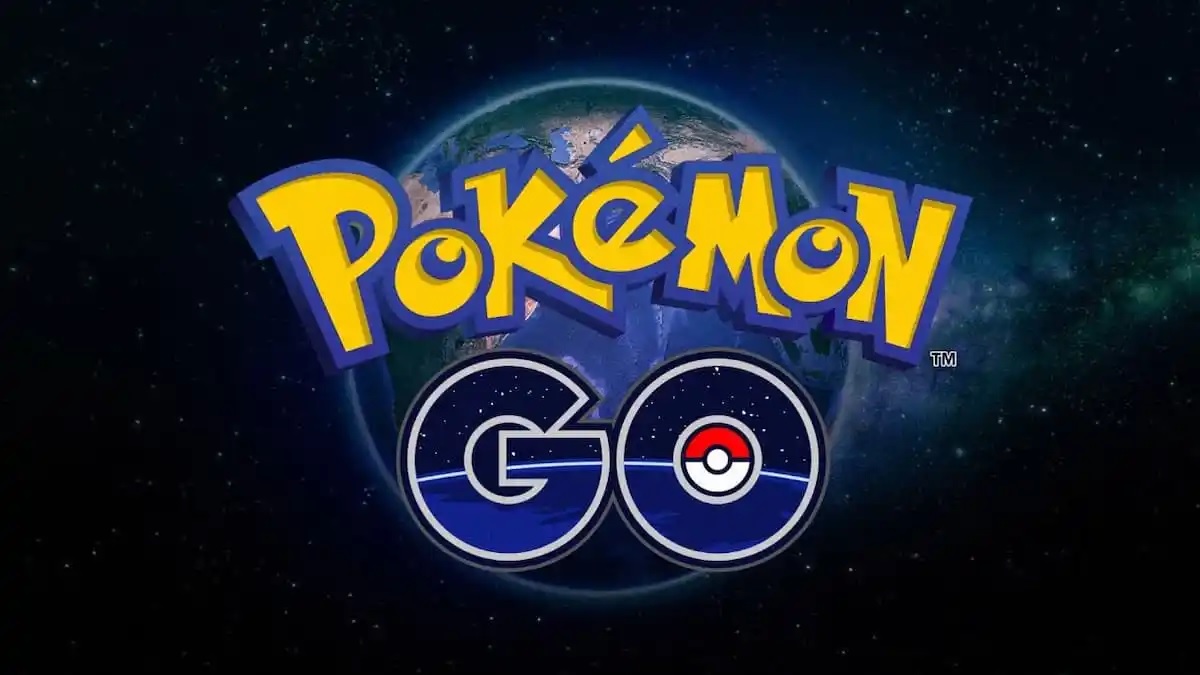 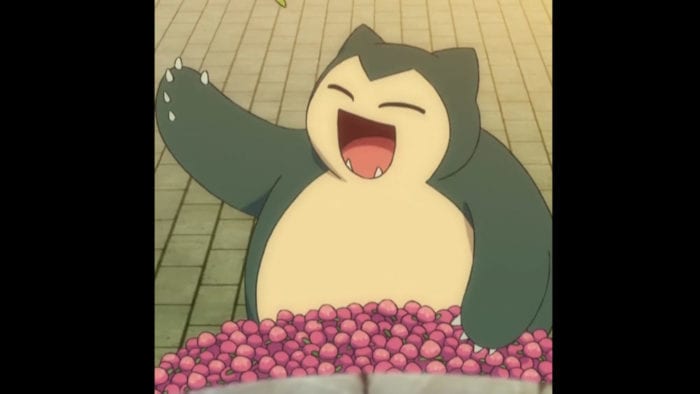 Of course we’re gonna kick things off with one of the biggest Pokemon around. Snorlax’s presence just oozes power, so it’s no surprise that it happens to be one of the strongest monsters in Pokemon GO. It dominates with a powerful Earthquake special attack, a crushing Zen Headbutt, and a healthy supply of HP. 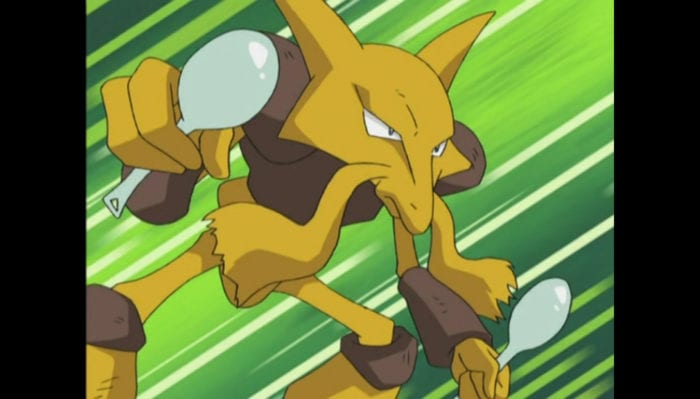 Fortunately enough, you don’t have to trade a Kadabra to get yourself an Alakazam in Pokemon GO, although you still have to catch an Abra, which is no small feat. Still, the headache of locating one is worth it so that you can hit your opponents with powerful Psychic attacks. 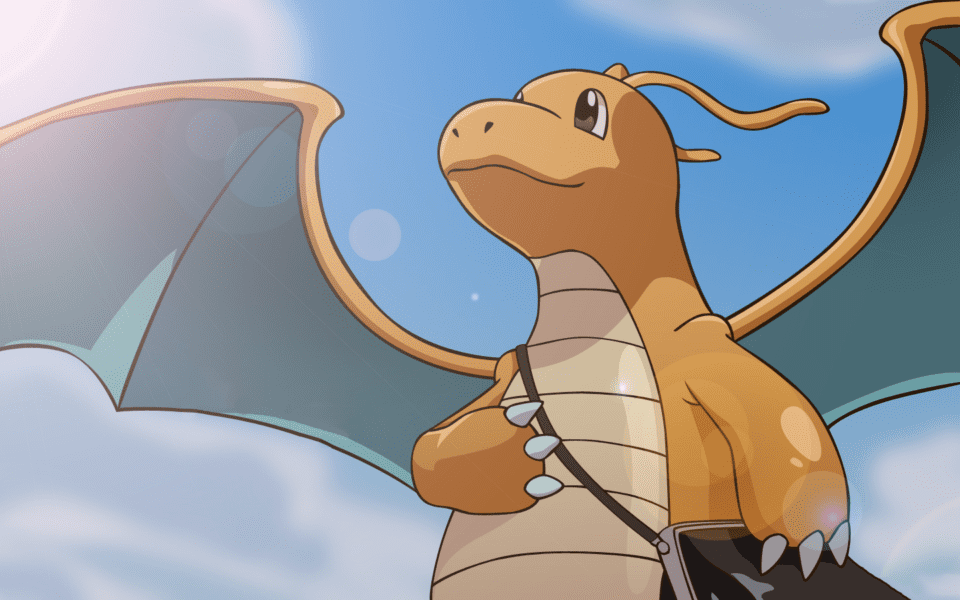 Dragons are awesome no matter what game you’re playing. This remains true in Pokemon GO with Dragonite, the final form of the ever elusive Dratini. Steel Wing alone will help deal with most challengers, but the Dragon Pulse special will wipe away those tougher nuisances. With a healthy pool of HP, and not many major weaknesses, Dragonite is in it for the long haul. 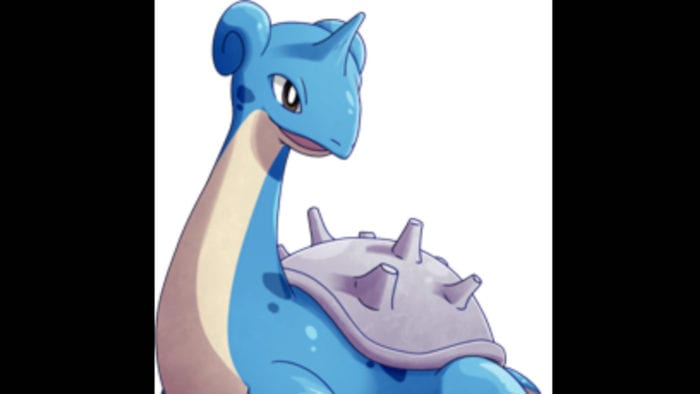 Lapras is not only one of the best Pokemon to have when challenging a Gym, but also one of the best to leave defending one. With a huge amount of HP and one of the most powerful special attacks in Pokemon GO, Lapras stands among the best. It also helps that this particular Pokemon is strong against dragon-types, such as the previously mentioned Dragonite. 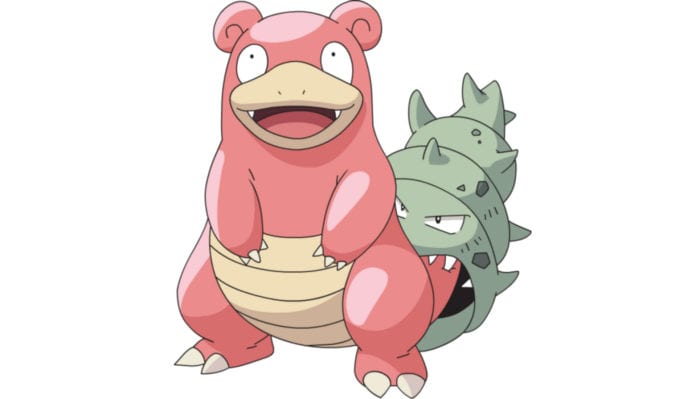 Just as was the case in the anime and original games, many people tend to pass up on Slowbro, as well as the basic Slowpoke, due to its appearance. Yes, it’s a pink, kind of silly-looking Pokemon with a Shellder stuck on its tail. But, it turns out that you should probably give it a second look. It shares the same special attack as Lapras, and usually has higher HP than its peers. 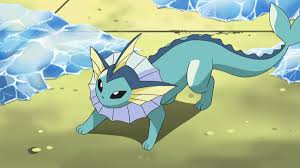 Eevee’s water evolution happens to be one of the best Pokemon in the game, edging out both its fire and electric counterparts. It only has two weaknesses – grass and electric – but can hold its own against pretty much everything else. Its speed and sizable pool of HP make it the evolution to seek. 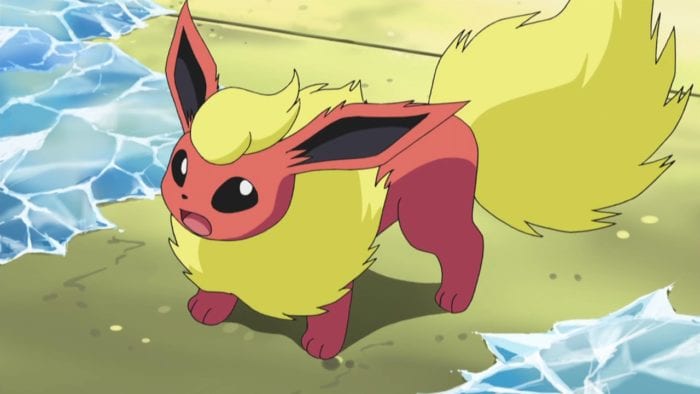 Flareon may have been edged out by its water sibling, but that doesn’t mean it isn’t without its uses. Flamethrower has proven to be one seriously effective special during gym battles. It is weak to ground, rock, and water, with that last one being fairly common in the grand scheme of things, but Flareon more than makes up for that with decent attack speed and the ability to burn everything else to the ground. 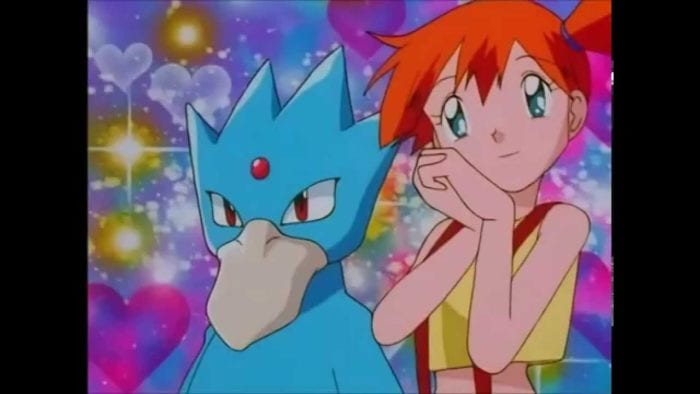 Psyduck is a favorite of many. That puzzled look and bright yellow appearance are hard to resist, but we shouldn’t forget that Psyduck’s final form, Golduck, is one seriously powerful psychic duck. Plus, it’s blue.

Golduck has one of the best defenses in the game, capable of withstanding a lot of punishment, even when up against its weaknesses. The fact that it’s also good at putting others down, especially if it has the Ice Beam special, is just icing on the cake. 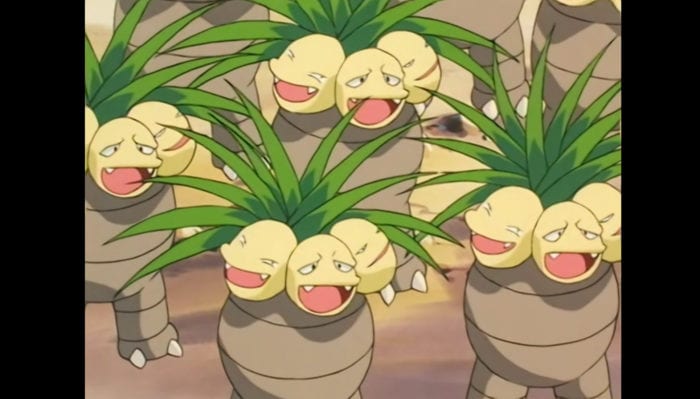 Exeggutor is a grass/psychic type Pokemon, which in and of itself is pretty unique. That does present it with quite a few weakness, which would normally keep a Pokemon off of this list, but it makes up for that with brute strength, solid defense, and a whole lot of resistances – it’s resistant to fighting, ground, water, grass, electric, and other psychic Pokemon. Not too shabby. 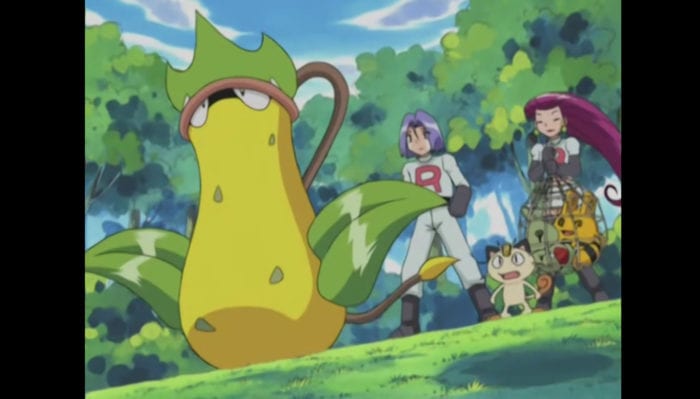 You’ve probably caught and hatched quite a few Bellsprouts by now, so it’s time to evolve them up to a Victreebel, a powerful grass/poison type. Now we’ll be frank with you, Victreebel is definitely lacking in the defense department in Pokemon GO, but if you start off with one of these in your team, you’re going to do a lot of damage to anyone you challenge. Razor Leaf keeps a constant stream of damage going while Solar Beam can decimate most foes. 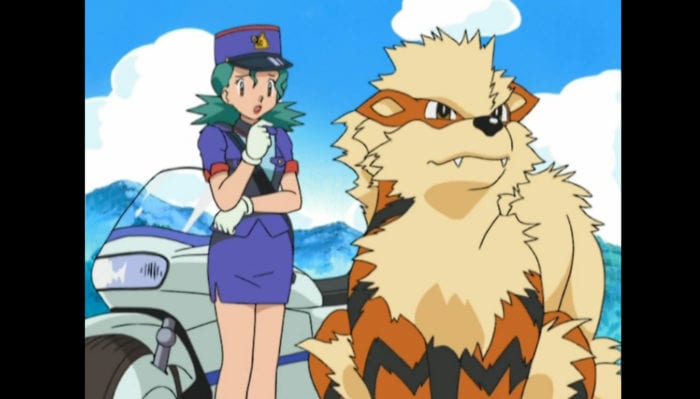 When it comes to attacking, Arcanine is definitely top tier thanks to speed and the ferocious Fire Fang. Flamethrower, one of Arcanine’s potential special attacks, can clear out most threats with ease (provided they aren’t resistant), helping you clear out any obstacles on your quest to be the very best. 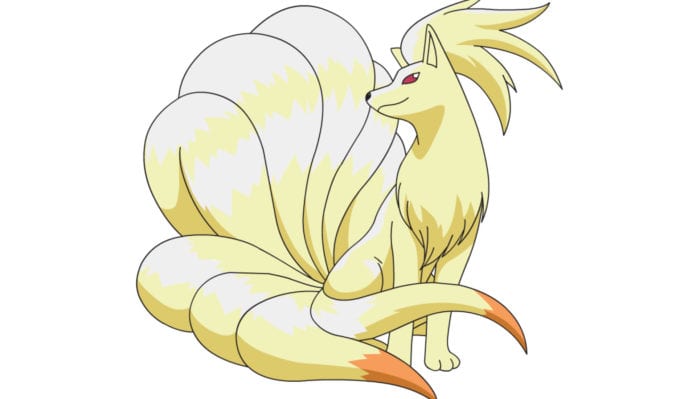 Ninetales is easily one of the most beautiful creatures in Pokemon GO, but it’s also one of the best you can have. You’ll have to evolve from a Vulpix, but once you do you’ll have a solid offensive and defensive Pokemon. Flamethrower is a potent special attack while either Ember or Feint Attack as primary moves will help keep you in the fight for the long haul. 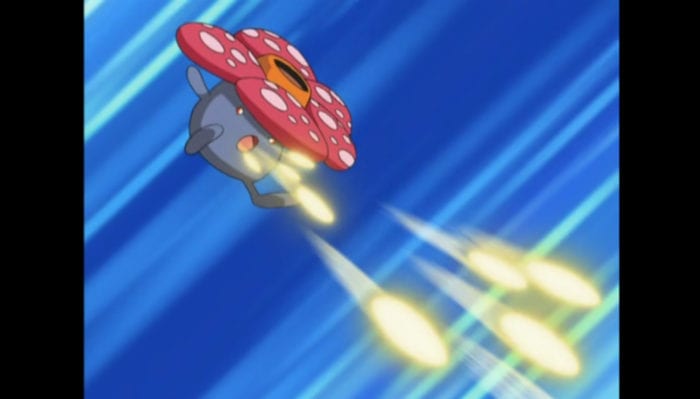 Vileplume, like Victreebel, is not one you bring along if you’re looking to survive a fight. Thanks to an abundance of weaknesses it will most likely be eliminated early on, but it will most definitely take a few others down with it. Petal Blizzard can wipe out nearly any Pokemon with comparable CP, and Razor Leaf is more than enough to chip away at an opponent, leaving them open to fall to the competition. 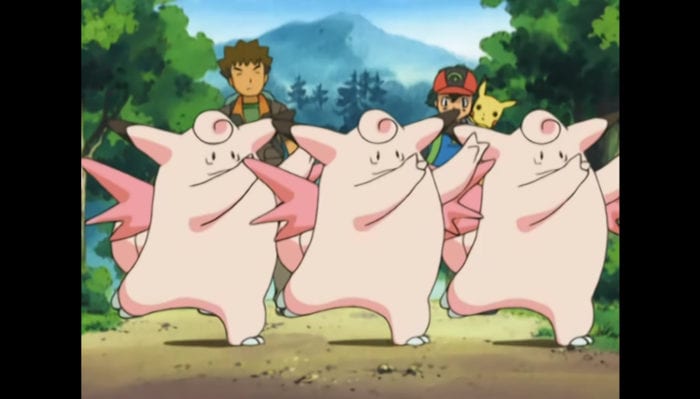 Clefable is more of a defensive member of a roster than an offensive one, but it doesn’t shy away from fulfilling either role. Zen Headbut is a powerful attack that not many Pokemon are resistant against, while Psychic can clean up most messes. A sizable HP pool helps out quite a bit with keeping you in contention as well. 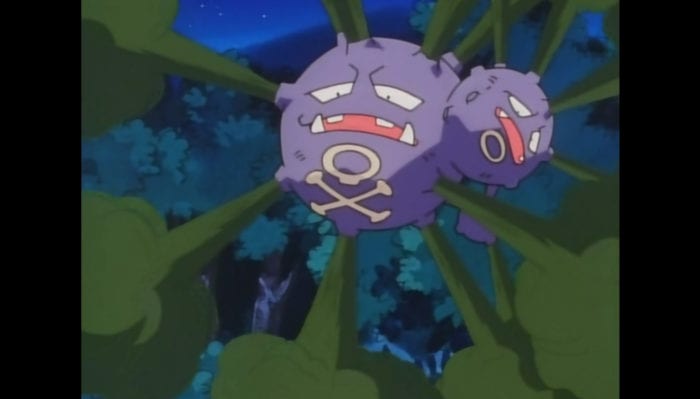 Like Clefable, Weezing is mostly built for tiring out another Pokemon. During Pokemon GO’s gym battles, the longer you can sit there and chip away at a strong opponent’s health, the better, and that’s exactly what this Pokemon is good for. It can still deal with weaker Pokemon with ease, but if you’re up against someone around your level you’ll have a difficult time putting them down entirely. 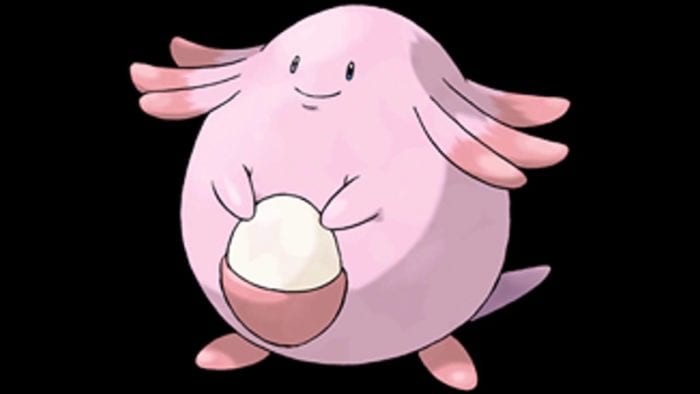 Chansey is not a scary Pokemon, so you shouldn’t expect it to be an offensive monster in Pokemon GO. It is still useful for its size and HP pool, though. It can also share a moveset with Clefable, one that isn’t to be scoffed at, so don’t sleep on this one. 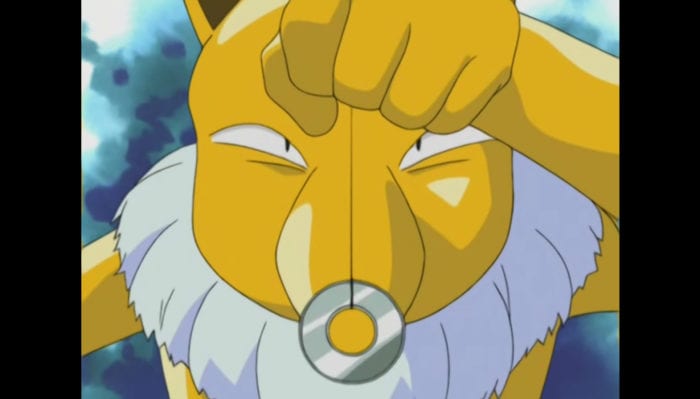 Drowzee, Hypno’s base form, is a pretty dopey-looking Pokemon. We won’t deny that, but we wouldn’t dare say that in this evolved form’s face. This one is downright creepy, and its defensive capabilities mean you’ll stare at it a bit longer than others when fighting. Thankfully, you’ll only face them when someone is looking for a more defense-oriented team. They aren’t the best offensively, but they can still take you down if you underestimate their abilities and forget to dodge. 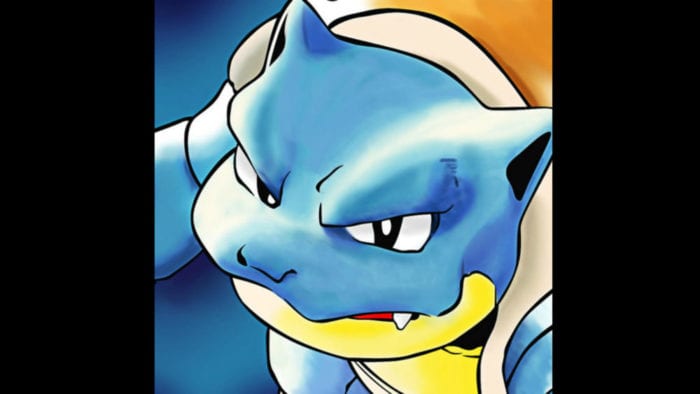 Come on, it’s Blastoise. It’s a walking turtle-tank. Of course this is going to be one of the strongest, particularly when it comes to defense. It has it’s weaknesses, definitely avoid any Jolteon’s, but with a large pool of HP and crushing attacks you can’t go wrong. 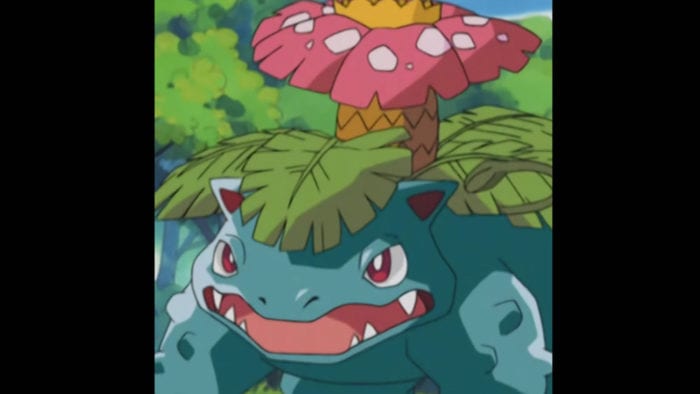 What Venusaur lacks in Blastoise’s defense, it more than makes up for in raw power. Grass types tend to be a bit easier to take down, but not many are so adept at removing foes from the board as Venusaur. If you see Petal Blizzard activate, you may as well start planning what to do with your next Pokemon. 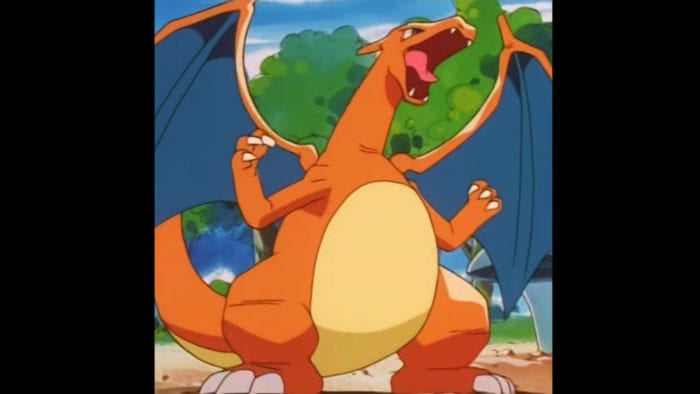 Charizard is easily recognized thanks to video game covers and the fact it never cared what Ash said. Thankfully, it can be remembered for being one of Pokemon GO’s stronger Pokemon as well. Surprisingly enough, Charizard isn’t actually a dragon type, so it isn’t as useful as… say, Dragonite. But, if you’re lucky enough to roll Ancient Power as a special attack, you’ll be sitting pretty as you fly in the sky. 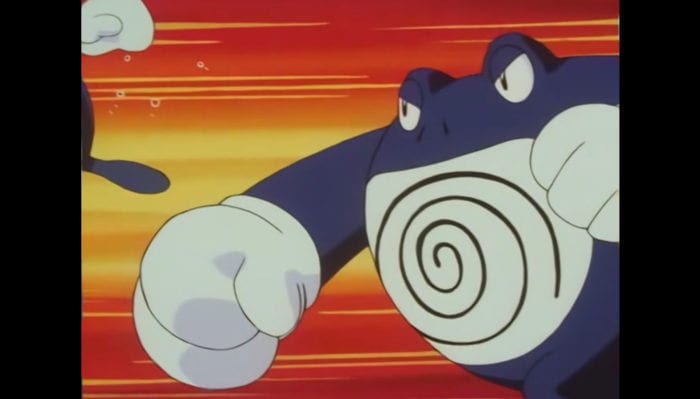 Poliwrath is actually considered a tadpole pokemon, which is just a baby frog. But make no mistake, Poliwrath’s Ice Punch will leave a mark. It can also withstand quite a bit of punishment when out in battle, so it’s one to keep an eye out for. 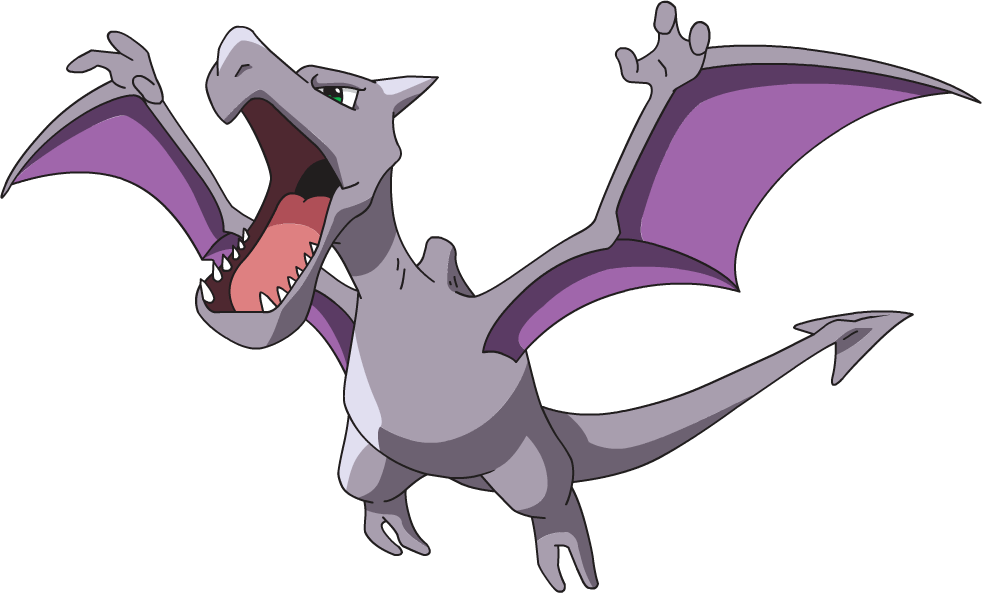 Aerodactyl isn’t impossible to bring down thanks to an abundance of weaknesses, but its resistances help it out quite a bit. Pokemon GO’s most common Pokemon tend to fall under normal, flying, bug, and poison, all things that this Pokemon is resistant too. When you throw in the Ancient Power special attack, you have a potent Gym defender on your hands. 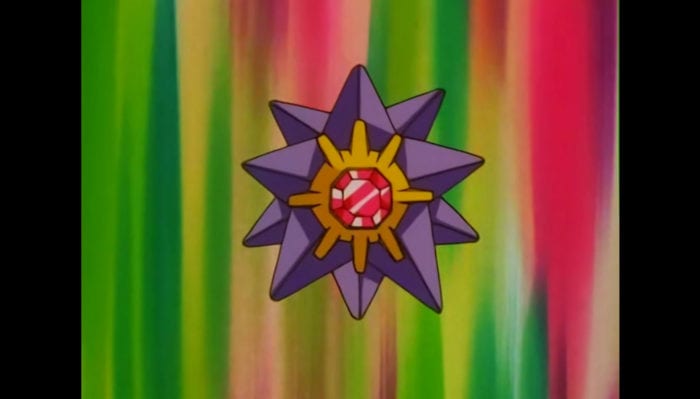 Starmie is a well-balanced Pokemon capable of going on the offensive if need be while also being pretty darn good at staying alive. Thanks to some worthwhile resistances and manageable weaknesses, you’ll be able to put that Power Gem special attack to good use. 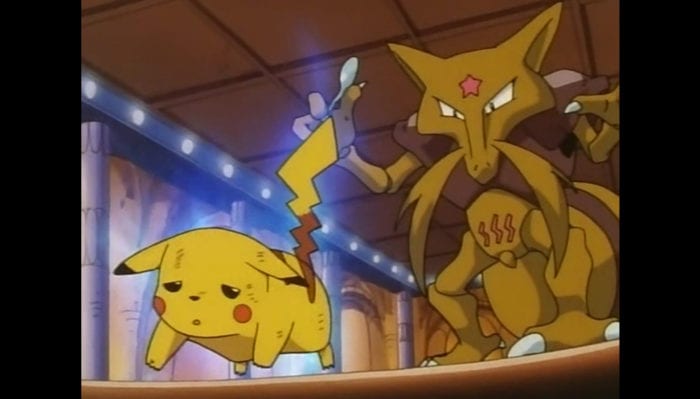 It’s not often when you see two forms for the exact same Pokemon in contention for the strongest around, but Kadabra pulls its own weight quite well, especially in the defense department. Again, you’re going to have to find an Abra first, but the rarity pays off when you finally get to evolve it. Have fun with Kadabra for a while, knowing it is among the best and then, when you’re ready, evolve it to Alakazam and keep the pressure on your opponents. 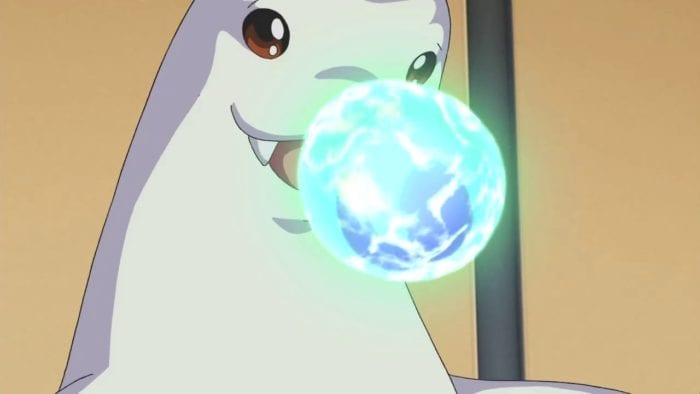 We’ll get this off our chests first, Dewgong is adorable. Just look at it, it’s how a seal Pokemon should look, not like that creepy Popplio clown thing. It’s probably because of this cuteness that many forget that this thing will bite your head off if given the chance. With solid defense and the potential for potent attacks like Aqua Tail, Dewgong is one of the best in Pokemon GO. 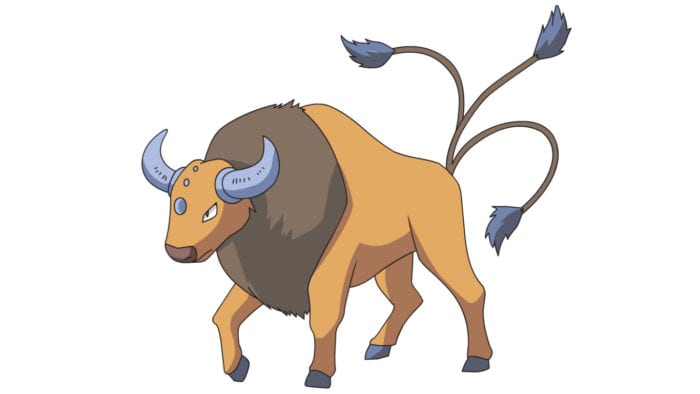 You mess with the bull, you get the horns. Tauros is a living embodiment of that mantra, and a powerful defensive Pokemon to have in your Pokemon GO roster. Headbut, as would be expected, is a strong move, and Earthquake helps to keep things in your favor when things get a bit too rough.