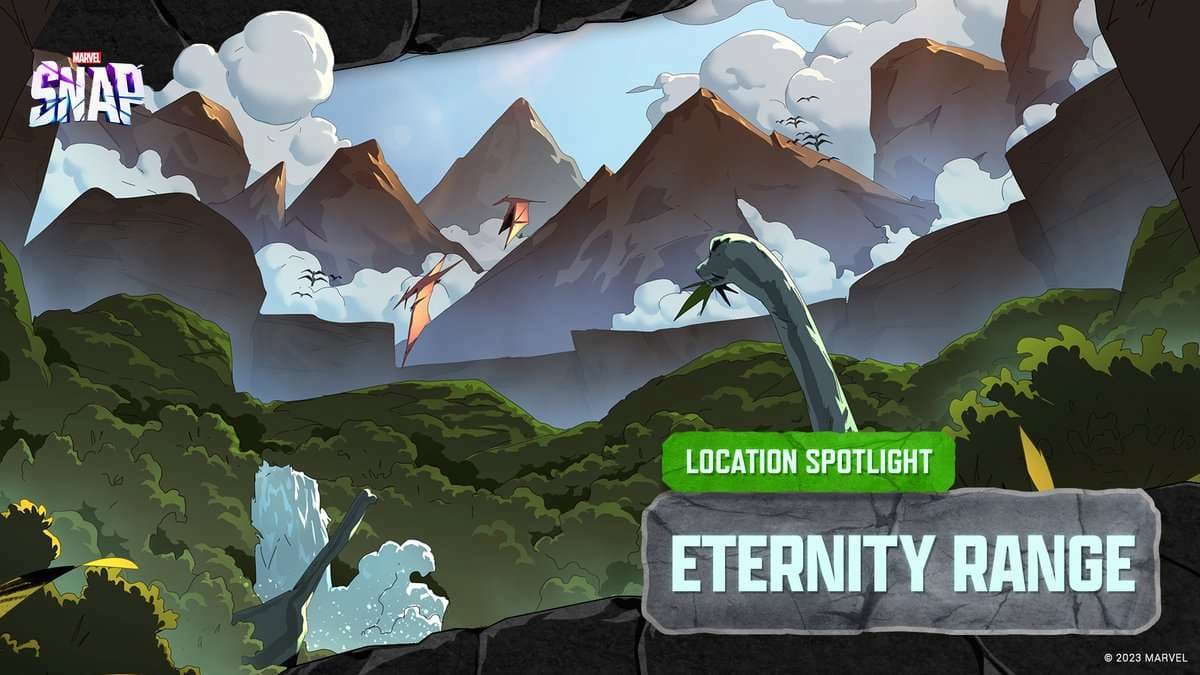 The new Savage Lands season has just gone live in Marvel Snap, introducing a brand new card in the form of Zabu. As with any new season, each week will see the release of a new Featured Location as well, and this week, we get Eternity Range.

The location effect is pretty mild. Whoever’s losing at that location after turn 3 will simply get a rock added to their side. Sure, you can capitalize on this by using junk decks to completely lock your opponent out of playing in that lane, but all things considered, it’s actually not that impactful.

In fact, we’d go so far as to say this is the least offensive new location we’ll be getting this season, as the rest look absolutely miserable. Here’s a sneak peek:

The locations on their own actually aren’t too bad, but as Featured Locations, they’ll have a 40% chance of showing up in your games, which can get extremely annoying. For now, though, enjoy the calmness of the Eternity Range. Things will undoubtedly start to get crazier next week.