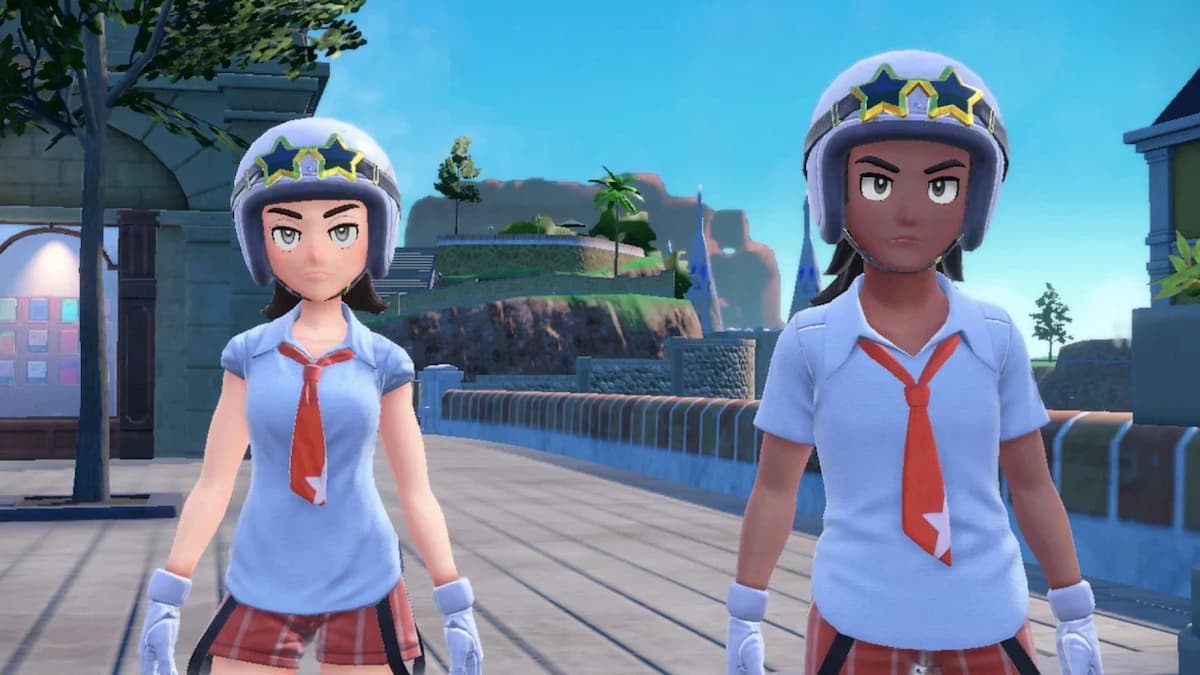 Right before the recent release of Pokémon Scarlet and Violet respectively, legions of fans were thrilled to learn that Ash Ketchum alongside his best pal Pikachu had finally become the greatest Pokémon Trainer in the entire world. Moreover, after 25 seasons of the cartoon, he truly became the “very best,” relentlessly battling gym leaders over various regions to achieve this feat.

However, Ash constantly tried to up his game and battle harder foes. As such, in Scarlet and Violet’s endgame, players may want to rematch certain Pokemon trainers to either get more experience for their applicable Pokemon or simply enjoy sparring. Regardless, here is how to rematch again Team Star in Pokémon Violet and Scarlet.

There are eight leaders to face in Pokémon Scarlet and Violet.  This should come as no surprise to veterans of the games since this has been the case since Red and Blue were initially released back in the late 90’s. Although players going through the lush, green wilderness of the Paldea region will have to beat them the first time in order to progress the game’s story in the first place, those wanting to rematch them and/or the members of Team Star will have to reach the endgame (to which there are several applicable paths).

To rematch any of the leaders, players first need to finish the main story. Much of this is included in the story quest “Victory Road.” This includes the initial victory over all eight leaders in Paldea, as well as coming face to face with the Pokemon League, which consists of the Elite Four.

Continuing on, players will receive a call at some point from someone named Cassieopeia who will give you the task of tracking down Team Star (which is basically Team Rocket) wherein the “Starfall Street” story quest will simultaneously start. Here, players will face off a Rogue Gallery of five trainers including the final bosses Clive and Penny.

After that, your buddy from the academy Arven (whom you should be rather familiar with at this point given that he is effectively your Partner In Crime for most of the game) will call you and ask for you to meet him at the Great Crater. It’s very hard to miss since it’s signified by the enormous grayed-out area at the center of the entire Paldea region. Arven will direct you toward Area Zero, which is basically in the main area of the Crater itself. As you head through this downward spiral, you will find four research stations with associated locks. Break them and players will eventually come head-to-head with the main bad guy Professor Sada in the Zero Lab. Once defeated, congratulations – you are officially in the post-game.

Thereafter you will have the option to face each member of Team Star in their would-be Bases, which have been renamed to “Star Training Centers.” For each location, players can find a bell near the main entrance in order to initiate a challenge. Unfortunately that their Pokemon are both higher level and a bit more tenacious. Finally, these challenges can only be initiated once per game day (a little over 30 minutes in real time) but are infinitely repeatable.

Once beaten, players will receive a boatload of experience and League Points. The only issue is that during this portion of the endgame, Team Star’s members icons occasionally disappear so be patient and try to take note of their locations before this part of the game.

That’s how you reach the end game and rematch Team Star Leaders. If you are still on the fence about the latest flagship offerings of Pokemon, then feel free to check out our review. We also have a guide on beating Team Star’s Dark Crew in the first place.