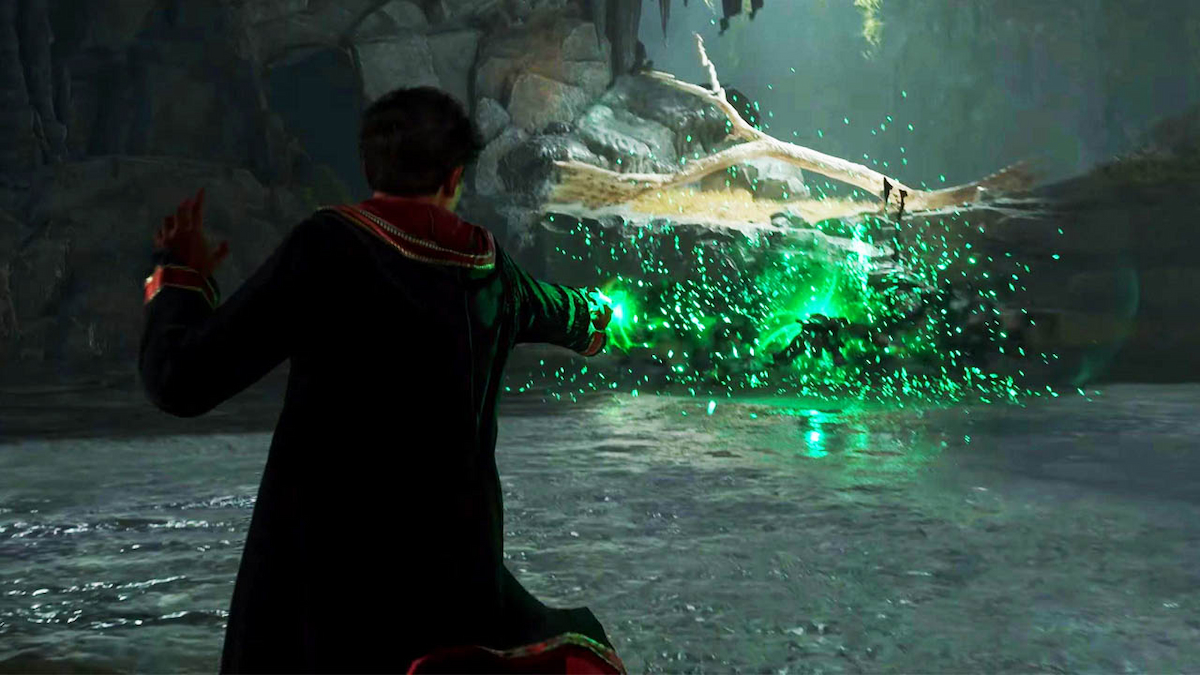 Hogwarts Legacy encourages players to forge their own paths in the wizarding world with many key choices presented throughout the game that will determine what kind of witch or wizard the protagonist will become. It’s been teased that players can dabble in the Dark Arts in Hogwarts Legacy and learn some of the most unforgivable and taboo spells. If you feel like going down a sinister path, here’s everything we know about whether you can kill people in Hogwarts Legacy.

Can You Kill People In Hogwarts Legacy?

You can kill people in Hogwarts Legacy with the unforgivable killing spell of Avada Kedavra. Fans of Harry Potter will of course recognize this as the signature spell of series antagonist Voldemort and his loyal followers of Death Eaters.

There are two ways to unlock Avada Kedavra in Hogwarts Legacy. The Deluxe Edition of the game is clearly trying to appeal to players’ wickeder instincts as it contains a Dark Arts Cosmetic Set, A Threstal Mount, and access to the Dark Arts Battle Arena. In the arena, unforgivable curses — including Avada Kedavra — can be used against waves of enemies with no repercussions. Players will have to fork out a little extra to access the arena though; the Deluxe Edition of Hogwarts Legacy is currently priced at $79.99.

The base game also offers the opportunity to learn the killing curse towards the end of the game through the Sebastian Sallow questline. Befriending the Slytherin student will allow players to learn the troubling secrets of his family and research the dark arts to unlock curses. Avada Kedavra can be equipped like any other spell but outside of the arena, it requires a significant cooldown period due to its ability to instant kill virtually any enemy in the game.

That’s everything we know about whether you can kill people in Hogwarts Legacy. Be sure to check out the rest of our coverage below, and remember to murder responsibly.