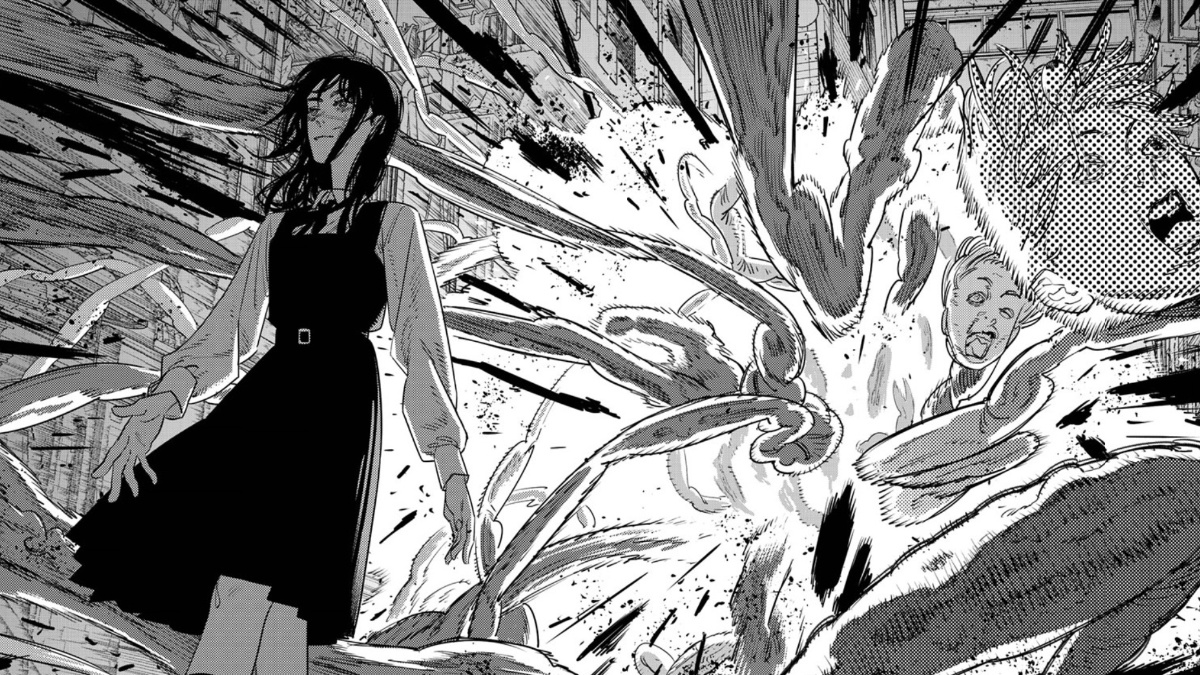 Who is Asa Mitaka in Chainsaw Man? It’s a question that everyone asks after they fall in love with the anime and manga and go searching for more about the series online, only to find that she’s at the center of the series’ second part. Not only that, but she seems to be at odds with the series’ hero Denji, and takes center stage despite him being the titular Chainsaw Man.

We had the same question, and after digging through the manga, we found some answers you’ll likely find very useful.

Do be warned though: We’ll need to go into *Full Spoilers* for most all of the big reveals from Chainsaw Man Part 1.

To put it simply, Asa Mitaka is the protagonist of Chainsaw Man Part 2.

Originally a normal high school student who was known for being clumsy, she was killed by her Justice Devil-controlled class president in retaliation for their teacher being interested in her. As she was dying, the War Devil offered to save her in exchange for giving up control of her body. Desperate to live, Asa agreed, and was turned into a pseudo-War Fiend who can still control her body so long as the War Devil grants her control.

The War Devil then killed the class president and introduced itself as Yoru, and made a Contract with Asa: She could have her body back if she helped it track down and kill Chainsaw Man, freeing the Nuclear Weapons Devil from its stomach in the process.

Asa agreed, and has since been attempting to find a way to kill Chainsaw Man during the series’ second part. This doesn’t exactly go according to plan though, and it’s quickly becoming apparent that she may have more in common with Chainsaw Man than she realizes. The second part is still ongoing though, so there’s still plenty that hasn’t been revealed about her and her past.

Why Is Asa Mitaka the Protagonist in Chainsaw Man Part 2? Explained

Denji, meanwhile, is still a key character in Chainsaw Man Part 2, but there’s less of a focus on him compared to Part 1.

This is largely due to the aftermath and consequences of Part 1. Following Denji’s defeat of Makima and the subsequent devastation of the Public Safety Division, he was allowed to start living a normal life with Makima’s reincarnated form Nayuta. He has since been figuring out how to live as a normal person, albeit with regular interruptions made by Devils he has to kill for Public Safety in exchange for them covering up his true identity as Chainsaw Man.

Hopefully this cleared up who Asa Mitaka is in Chainsaw Man. For more on the series, check out our guides on who the Future Devil is, who the Angel Devil is, and whether or not there’s an Alcohol Devil. We’ve also got plenty of other related articles, which you can check out down below.