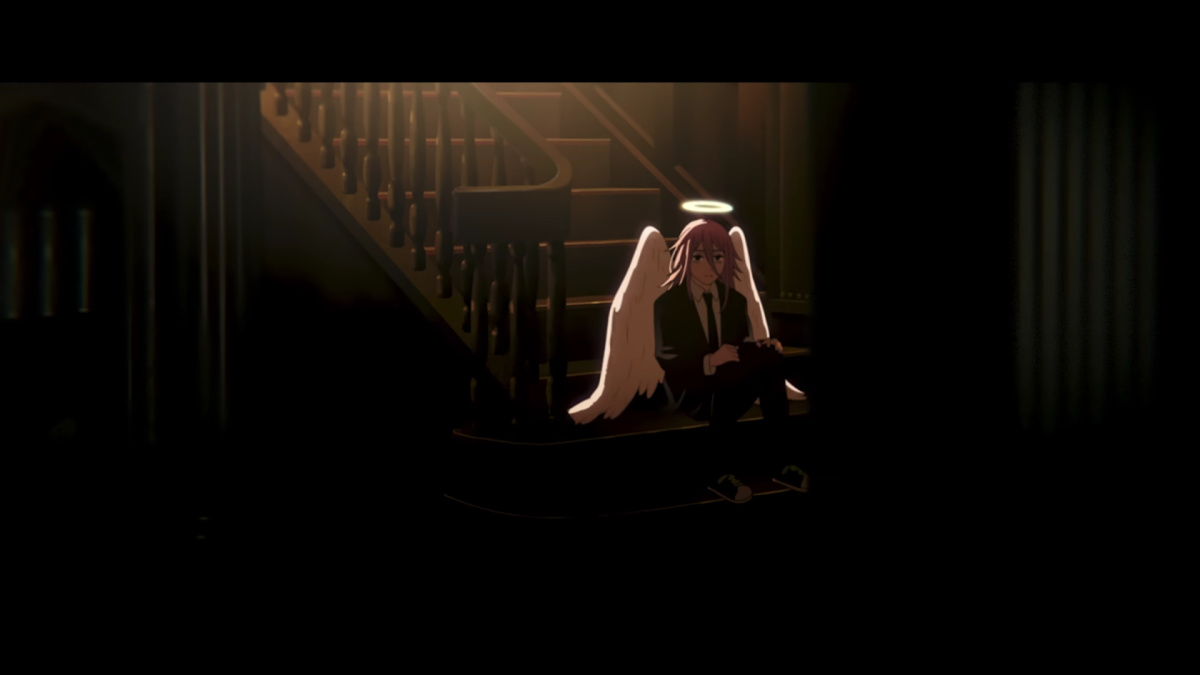 There are a wide variety of Devils introduced over the course of Chainsaw Man, but the Angel Devil remains one of the most thoroughly fleshed out. Host to a backstory and character arc which puts many other side characters to shame, the winged manifestation of Angelophobia is definitely a standout among the first saga’s cast. Or at least, he is if you’ve reached the part of the story where he shows up. If you haven’t, you’re probably wondering: Who is the Angel Devil in Chainsaw Man?

Well, fortunately for you, we’ve compiled all the answers in this guide. Do be warned though: There are *Major Spoilers* for the middle arcs and climax of the series ahead.

What Is the Angel Devil in Chainsaw Man? Explained

As with other devils in the series, Chainsaw Man’s Angel Devil is a manifestation of one of humanity’s fears.

Specifically, he represents peoples’ fears regarding angels and, more specifically, the Angel of Death. It’s for this reason that most all of the Angel Devil’s powers center around taking and using the lifespan of humans to create powerful weapons that can heavily damage or instantly kill their targets. The more lifespan the Angel Devil takes and uses, the stronger and more deadly the weapon becomes, providing an incentive for humans to give up most all of their lives in more dire situations.

However, the Angel Devil is different from other Devils in that it doesn’t entirely hate humans. In fact, he has actively helped or even lived with humans during his lifetime, with some of his few memories being of his life with a young woman and the members of her coastal village. He likewise has made efforts to protect humans when possible, and put himself in harm’s way to keep people like Aki safe.

This is also beneficial for him though, as he doesn’t like fighting and is incredibly lazy by nature. He prefers to let others fight for him, and makes weapons for them to use in his stead more often than not.

Why Did the Angel Devil Join Public Safety?

With all of this said, it may seem strange that he plays such a major role in the latter half of Chainsaw Man’s story. It’s through him, though, that one of the series’ biggest twists is revealed.

As it turns out, his memory of living with a young woman and her fellow villagers ended tragically after Makima appeared and asked him to display his powers. Without realizing it, the Angel Devil did what she said due to her being the Control Devil, sucking up all the lifespans of the young woman and the other people in her village.

Makima then manipulates the Angel Devil again, turning him into a subservient pawn which she can force to create strong weapons with. She is readily shown to be a villain from this point on, and becomes the central antagonist of the Public Safety saga.

it’s a pretty unfortunate fate and turns the Angel Devil’s character arc into more of a narrative device. All the same, it’s a compelling arc and ends his story in a tragically gripping way.

Hopefully this cleared up who the Angel Devil is in Chainsaw Man. For more on the series, check out our guides on other topics like who the Future Devil is, what the Eternity Devil is, and who Beam is. Likewise, there are other related articles down below for you to peruse.