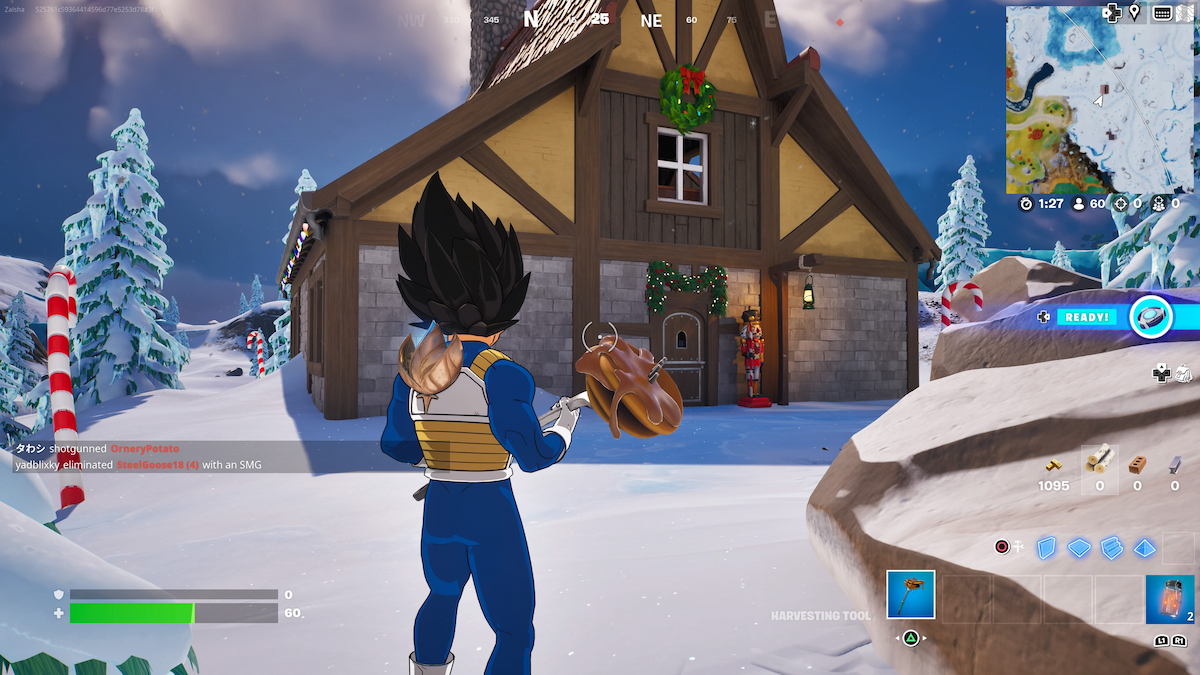 It seems that while the Fortnite Chapter 4 Season 1 map was entirely reformed from many different parts, it might still get older landmarks added in as time goes on, proving not everything was lost in the Fracture event. Players that spent a lot of time around Logjam Lumberyard (and what it became) in Chapter 4 will be familiar with this newly added landmark. Here’s where to find Crackshot’s Cabin in Fortnite Chapter 4 Season 1.

Players will be able to find Crackshot’s Cabin between Anvil Square and Brutal Bastion in the snow-covered biome.

Crackshot’s Cabin didn’t first appear in Chapter 3 Season 1, either. This particular landmark has an even older history than that and was first added to the Fortnite map back in Chapter 1 Season 7.

The cabin is even nicely decorated for the holidays. If you’re hoping for a lucrative landing location, there’s not much loot inside of it, but it’s in the middle of nowhere, and you’re certainly not going to get someone landing with you just to check this out. Though it’s completely possible that Crackshot’s Cabin will be used as part of an upcoming challenge or quest, and then everyone will know about it.

This is everything you need to know for where to find the recently added Crackshot’s Cabin landmark in Fortnite Chapter 4 Season 1. Winterfest 2022 is set to begin soon, if you’d like to know all the items that will be given out ahead of time, we have a list.