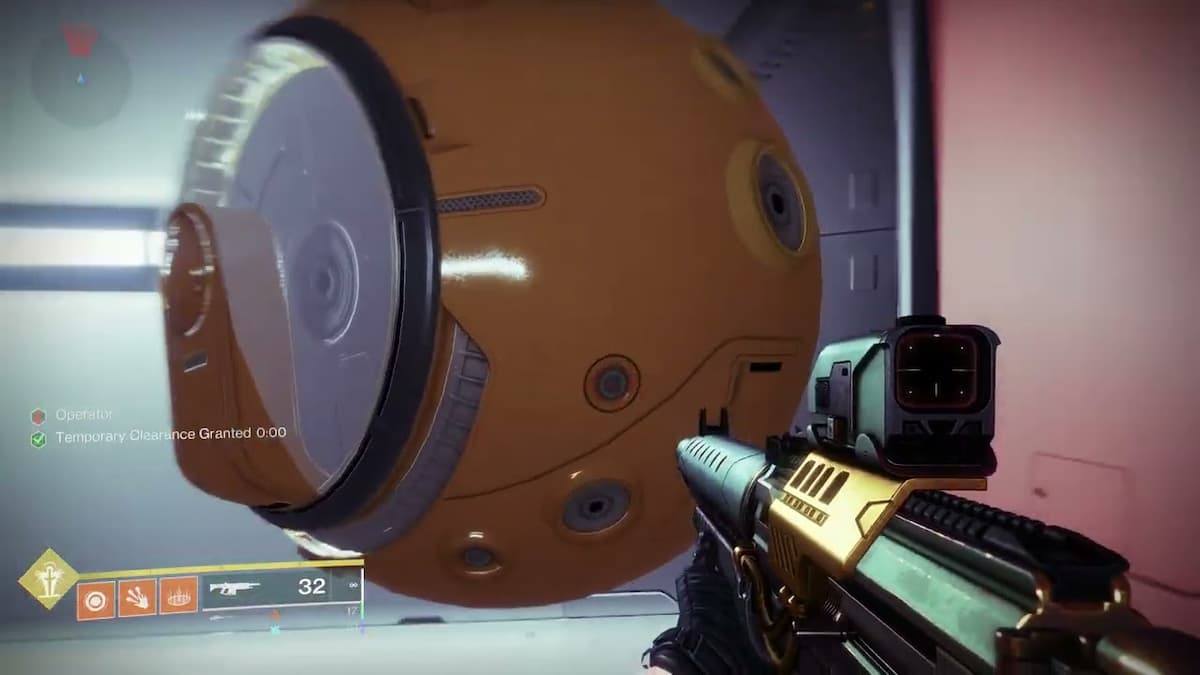 Destiny 2’s Season of the Seraph officially launched earlier in December, and alongside the usual story notes of the season, there’s also a ton of new content brought to the table. This includes a new exotic pulse rifle, and while the quest for the Revision Zero exotic isn’t the topic of conversation in this guide, it is relevant. More specifically, it ties into progressing the “Operation Seraph Shield” and delving into the Braytech facility, which contains certain countermeasures such as a security room locked by a puzzle that requires the use of a specific buff. As such, we’re here to explain what the Temporary Clearance Granted buff does in Destiny 2.

The Temporary Clearance Granted buff should be familiar to Guardians who took part in the Deep Stone Crypt raid that also takes place on Europa.

Acting as a more mainlined version of the initial Security encounter in that raid, this buff gives Destiny 2 players 45 seconds to shoot three panels in various locked rooms throughout the icy destination. If the buff is not obtained, shooting said panels will do next to nothing. However, it should be noted that players must obtain the “Security Clearance” upgrade, which comes from the Infiltrator Gear offered by the giant Exo head inhabited by Clovis Bray.

Regardless, so long as players have the buff active, they can look at three holograms beside the door and shoot them accordingly. Once they do this within the time limit, the door will then open and a prize will await – an awkward floating yellow ball. Later, once the Revision Zero is obtained, players can return to these yellow balls and shoot them with the exotic weapon to obtain its Catalysts.

That’s all there is to know about what the Temporary Clearance Granted buff does in Destiny 2. Please be sure to check out our other Destiny 2-related content, including our list of 10 characters from Destiny 2 we are desperate to get more backstory on.