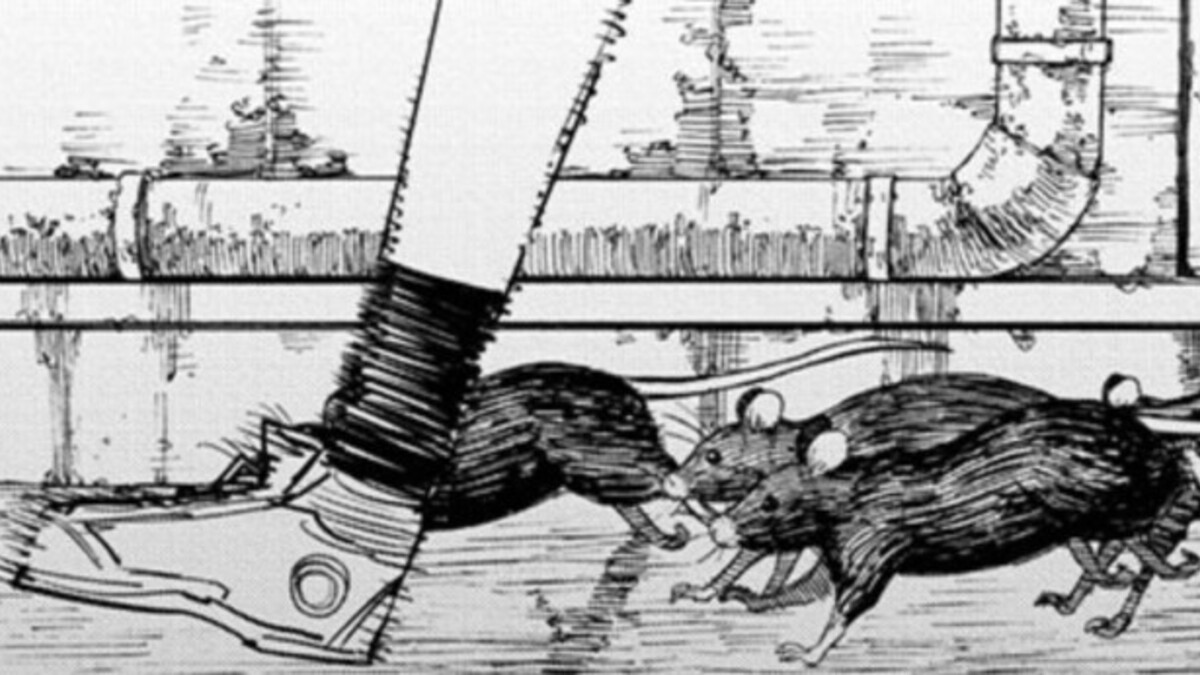 As the dust settles from the climactic defeat of Katana Man and the Gun Devil’s cohorts, the credits roll over the rag-tag family of Denji, Aki, and Power finally enjoying some well-deserved peace. But the final moments of Season 1 cast a cloud over the tranquility, featuring Denji’s mysterious recurring dream and a new, ominous voice that has many asking what it means to be a country mouse or a city mouse.

*Please note that slight manga spoilers are ahead.*

Who Is Speaking at the End of Episode 12? Explained

The question of being a country mouse or a city mouse comes from character Reze (not yet introduced in the anime) and is asked originally of Denji as a metaphoric means to understand his priorities and personality. What we hear at the close of Season 1 is Reze’s voice, where she asks Denji as she does in the manga’s 42nd chapter whether he would rather be a country mouse or a city mouse.

The question, as Angel points out in the manga, is one of Aesop’s Fables. The classic tale, now turned idiom, tells the story of two mice — one country, one town — who meet at the latter’s turf for a fine meal that is interrupted by a cat that attempts to eat them. The underlying question of the fable pits the safety of a quiet country life against the lavish excitement of a dangerous city life.

The fable, and in turn the choice it asks between country and city, is used throughout Chainsaw Man’s Bomb Girl arc as a barometer for gauging the mindsets of the characters that answer it. Reze, for instance, says “nothing beats peace,” while Denji counters by remarking the city has better “grub, and seems like more fun.” His values lean towards the indulgent and materialistic, while hers lean toward the opposite.

The question sets up rich character/relationship moments all throughout the Bomb Girl arc. Angel says he would rather be a country mouse, and although Makima brought him to the city, his heart remains longing for the simple comforts and securities that the country provides. He poses this in direct conflict with his new partnership with Aki, whose “city boy” nature brings dangers that Angel would rather pass on.

In true Makima fashion, the ruthless redhead flips the entire thought exercise on its head. At the close of the Bomb Girl arc, Makima ambushes Reze in an alleyway, telling her she likes the country mouse too, but not for the reasons we think. Makima relays her own twisted fable in which she watches the yearly extermination of country vermin in the crop fields with incredible satisfaction. She doesn’t want to be a country mouse, but she likes them for the sport they provide for a controlling, predatory personality like hers.

There you have it. That’s everything you need to know about what a country mouse and city mouse are in Chainsaw Man. The first season might be over, but make sure to get the answers to all your lingering questions like who is Quanxi, why did the Ghost Devil stop attacking Aki, and is the Chainsaw Man manga complete?