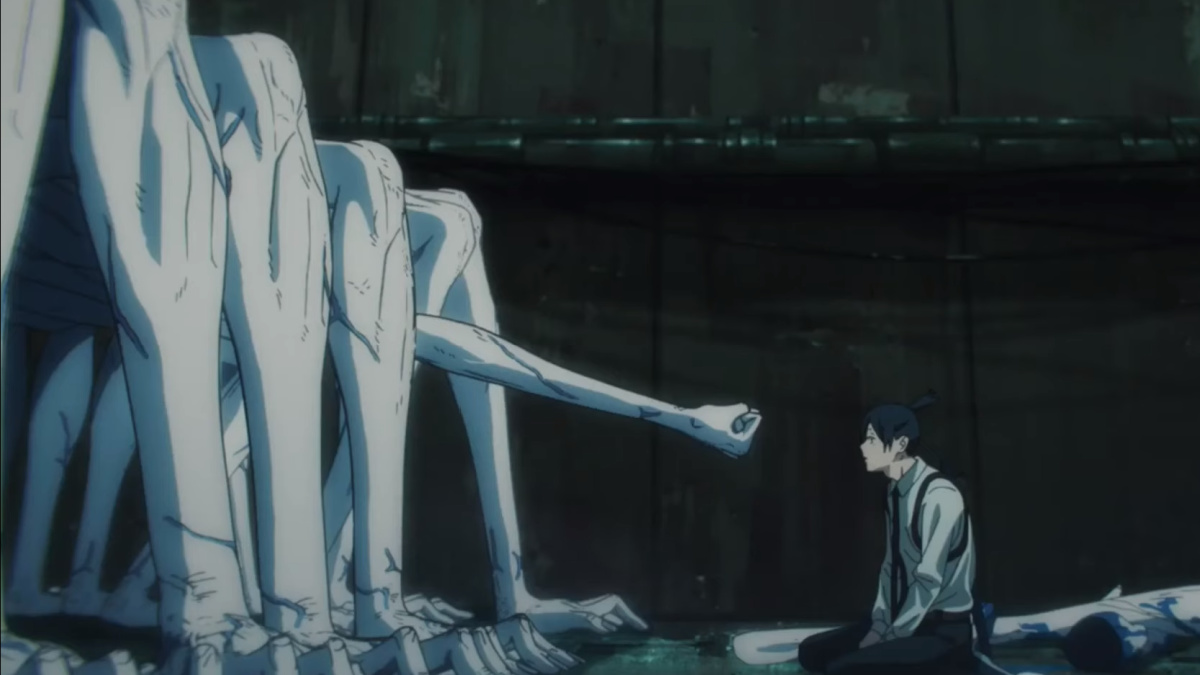 The final confrontation between Aki and Akane is one which drips with deeper meaning, and one need look no further for proof than the actions of the Ghost Devil. Initially attacking Aki with everything it has, the Devil ceases its onslaught and hands Aki a memento from Himeno that helps give him the energy needed to win. If you’re like most fans though, this scene probably left you asking: Why did the Ghost Devil stop attacking Aki in Chainsaw Man, and why did it hand him the “Easy Revenge” cigarette?

Well, after digging into the necessary chapters and episodes, we’ve got an answer for you.

Why Did the Ghost Devil Let Aki Kill it in Chainsaw Man?

As it stands, there are two potential reasons for why the Ghost Devil stopped attacking Aki in Chainsaw Man. One is backed up by the clues Aki drops as he delivers the finishing blow against the handsy horror, while the other is supported by specific scenes scattered throughout the Katana Man arc.

The first is that Aki stopped being afraid of both the Ghost Devil and his own death while they were fighting. Aki mentions as he delivers the finishing blow that Himeno told him about the Ghost Devil’s weakness and that he knew about it prior to facing off against it to get to Akane.

That weakness was that it detects people through fear and that someone with no fear could defeat the Devil with little to no effort. However, it was likely difficult to stop being afraid of the Devil at first, as Aki wasn’t expecting to see it and was likewise still adjusting to the future visions provided to him by the Future Devil.

The other is that Himeno was still exerting control over the Ghost Devil when Akane tried to attack Aki with it. The series hints at this being the case a couple of times, with the Ghost Devil acting in ways that wouldn’t benefit it. The best examples of this are the dismembered Ghost Devil’s hand pulling Denji’s rip cord, and it’s showing Aki the cigarette with the message “Easy Revenge” scrawled on it.

Why Did the Ghost Devil Give Aki the Easy Revenge Cigarette?

On that same note, you also wouldn’t be blamed for being unclear on why the Ghost Devil gave Aki the cigarette with Himeno’s message.

This was likely due to Himeno still having some control over the Ghost Devil. Either through a last command given to her Contractor or direct control via her deceased spirit, she made sure Aki would receive her message and take the chance to kill the Ghost Devil, thereby allowing him to capture Akane.

What Does the Easy Revenge Cigarette Mean in Chainsaw Man?

As for why her message was “Easy Revenge” written specifically on a cigarette, it likely referred to her predicting how Akane would use the Ghost Devil after having the Snake Devil consume it.

She knew Akane would believe that she had full control of this new weapon in her arsenal and that Aki would have no way of resisting it. This would leave her incredibly vulnerable should Aki defeat it, which was perfect in Himeno’s eyes since it would better ensure Aki’s ultimate survival.

She then left her message on a cigarette, and once Aki saw it, he immediately knew the meaning of her message, thanks in part to the importance cigarettes held for the two of them.

That’s all there is to know about why the Ghost Devil stopped attacking Aki in Chainsaw Man. For more on the series, check out our other guides on topics like whether or not Akane is Dead, why Denji and Aki kicked Samurai Sword in the balls, and what the Ghost Devil’s abilities are. We’ve also got a slew of other related articles, which can be viewed down below.