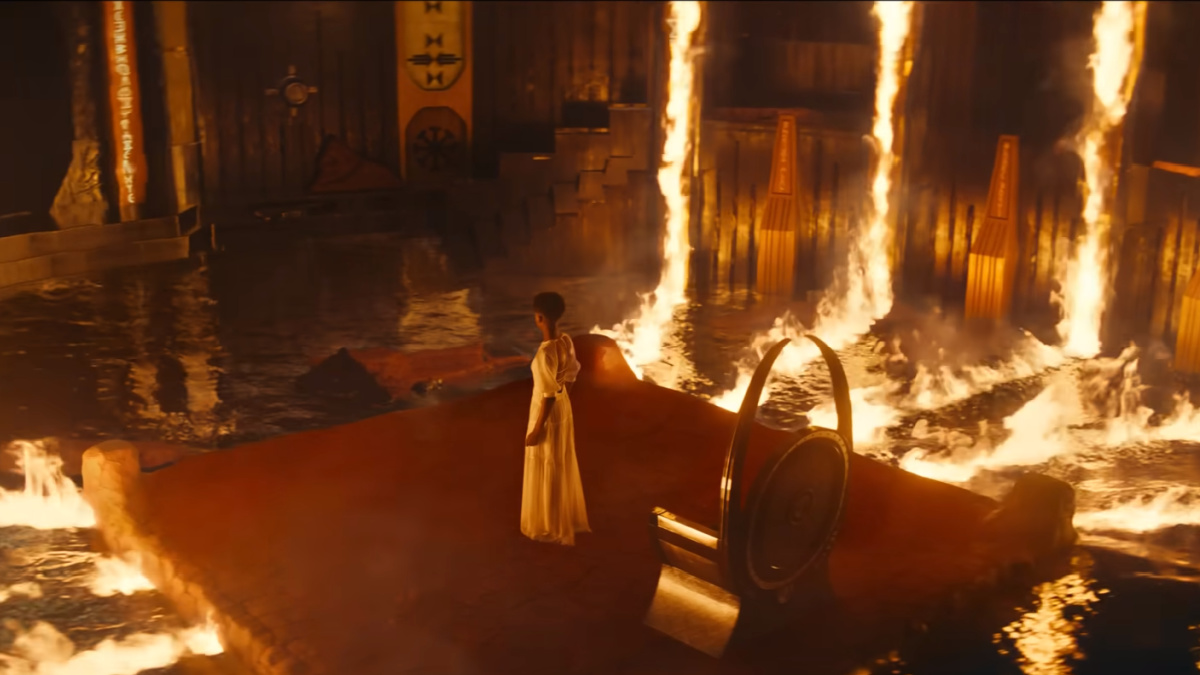 At its core, Shuri seeing Killmonger in Black Panther Wakanda Forever is due to her being consumed by rage and vengeance. Following the Attack on Wakanda, she was driven by a need to hurt Namor and the Talokan for the death of her mother and the pain inflicted on the Wakandan people.

The pain of losing T’Challa was still heavy on her heart too, and all of this anguish only served to keep her trapped in a state of anger and rage toward the world around her. This put her in the same mental state that Killmonger was perpetually stuck in.

As a result, he was the past Black Panther and family member she was most in tune with during the ceremony wherein she gained the powers of the Heart-Shaped Herb. This, in turn, led her to confront the real reason she wanted to gain the power of the Black Panther. It wasn’t solely for the purpose of protecting her home and was instead so she could become strong enough to make Namor suffer for what he had put her through.

Is Killmonger the Only Black Panther She Can See?

Fortunately, Killmonger doesn’t remain Shuri’s sole link to her ancestors by the end of Wakanda Forever. Near the end of her fight with Namor, Shuri’s mother finally reaches her.

Queen Ramonda can be seen telling Shuri from the Ancestral Plane to show Namor who she really is, implying that Shuri should show him mercy and prove that Wakanda only wants to maintain peace. She does so, serving to show that Shuri could hear her and should be able to hear her mother and her other family members moving forward.

As for whether or not she’ll still see Killmonger, it’s tough to say. His appearance to her, at the very least, means he isn’t as isolated in death as his father was, but the fact that he only appeared to Shuri while she was enraged means he might only be willing to speak to those who are embracing their anger. We’ll likely need to wait until the next Black Panther film to find out anything conclusively.

Hopefully this cleared up why Shuri sees Killmonger in Black Panther Wakanda Forever. For more on the series, check out any of the related articles down below. We’ve also got plenty of other explainer guides for the film, including ones on how old Namor is, what Shuri was trying to make for T’Challa, and what Imperius Rex means.