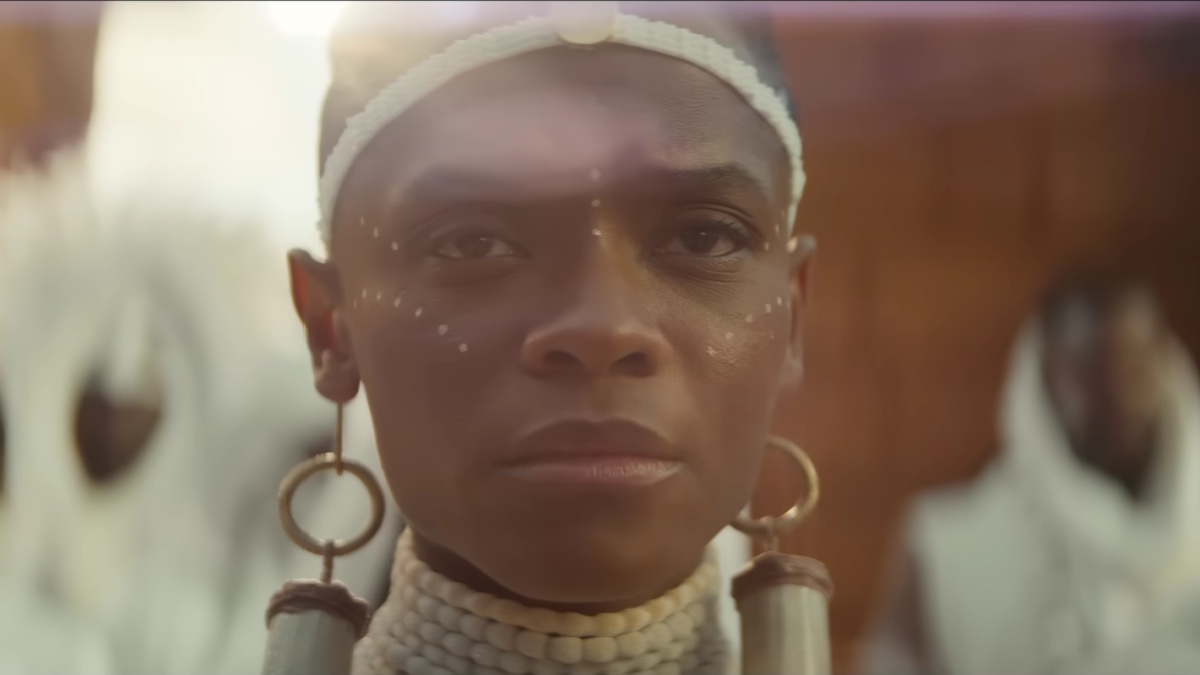 Black Panther: Wakanda Forever kicks off in a pretty frantic way, so you wouldn’t be blamed for not knowing what’s going on. Shuri and several other scientists are hurriedly working toward an impossible goal as she continuously receives updates regarding the state of her brother T’Challa. This probably left you wondering: What was Shuri trying to create in her lab for her brother in Black Panther Wakanda Forever, and what was its purpose?

We had the same question, and that’s why we compiled this guide on the subject.

What Was Shuri Trying to Make for Her Brother in Black Panther Wakanda Forever? Answered

It’s a bit of a sad answer, but Shuri was trying to make a cure for T’Challa’s unnamed illness at the beginning of Black Panther Wakanda Forever. Specifically, she was trying to recreate the Heart-Shaped Herb used to give him his Black Panther powers.

She deduced that through its empowering properties, it might be able to help him fight off whatever illness he had and allow him to live a bit longer, if not indefinitely. Unfortunately, there weren’t any available for him to consume following the events of the first Black Panther movie.

Upon taking the throne, Killmonger burned all of the existing Heart-Shaped Herbs to ensure no one could ever challenge him using the powers of the Black Panther. As a result, any new herbs would have to be recreated synthetically utilizing genetic alteration of available plants and Wakanda’s advanced synthesizing technology.

This is why Shuri is frantically trying to create the herb even as T’Challa is dying, and why she eventually tries to bring him an herb that is less than 30 percent identical to the Heart-Shaped Herb. It’s a rather tragic scene, but also one that needed to happen.

In addition to establishing a core dilemma to overcome throughout the film, it also addresses the real-life death of T’Challa’s actor Chadwick Boseman. Like T’Challa, he ended up succumbing to an illness that couldn’t be overcome, and those making the movie agreed that it wouldn’t be right to replace him via a new actor and save T’Challa through a MacGuffin.

Hopefully this cleared up what Shuri was trying to make in her lab for her brother in Black Panther Wakanda Forever. For more on the film, check out any of the related articles down below. we’ve also got a heap of other explainer guides, including ones on how old Namor is, what Imperius Rex means, and who replaces T’Challa as Black Panther.