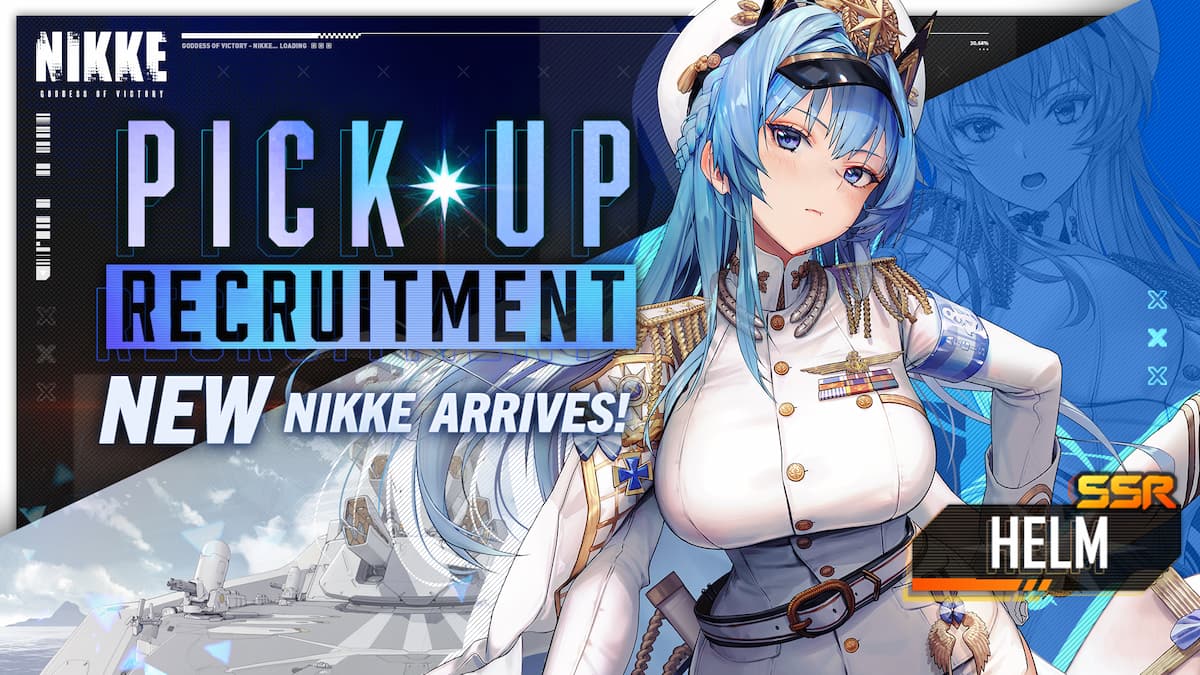 Shift Up has announced via the in-game notices that server maintenance will start at 3 p.m. JST or 1 a.m. Eastern Time, and may last up to two hours, but the estimation states that they’re aiming to reopen the servers at 4.

This means that the pity is set at 200 pulls. In addition to that, do note that the blue Ordinary Recruit Vouchers cannot be used on Helm’s banner. Instead, you’ll need to use Gems to purchase the rainbow Advanced Recruit Vouchers to pull on her banner. The Gem to Voucher rate is still the same, but you won’t be able to convert your blue tickets to rainbow tickets, so feel free to use them on the regular banner.

Even after her banner is gone, Helm will be added to Nikke’s general SSR pool, where you’ll have a chance of pulling her on the regular banner. Of course, her pull rate will be set to the regular rate as well, though you should be able to wishlist her.

In addition to adding Helm, we’ll also see the start of the No Caller ID event in Nikke on Nov. 10 at the same time. Players will be tasked with clearing stages to get growth materials, and complete event quests to obtain special quest items.

These quest items can then be used to exchange for Recruit Vouchers and other items in a special event shop. Both No Caller ID and the Helm rate-up banner will be active from Nov. 10 to Nov. 24.

Finally, we’re also getting our first co-op mission in the form of the Coordinated Operation mode, where players can get matchmade with each other to take on a boss. This boss can be farmed for currency which –you guessed it– can also be exchanged for Gems and other resources in the Recycling Shop.

That’s all you need to know about when Helm is coming out in Goddess of Victory: Nikke. Be sure to search for Twinfinite for more tips and information on the game, including our full reroll guide and tier list.