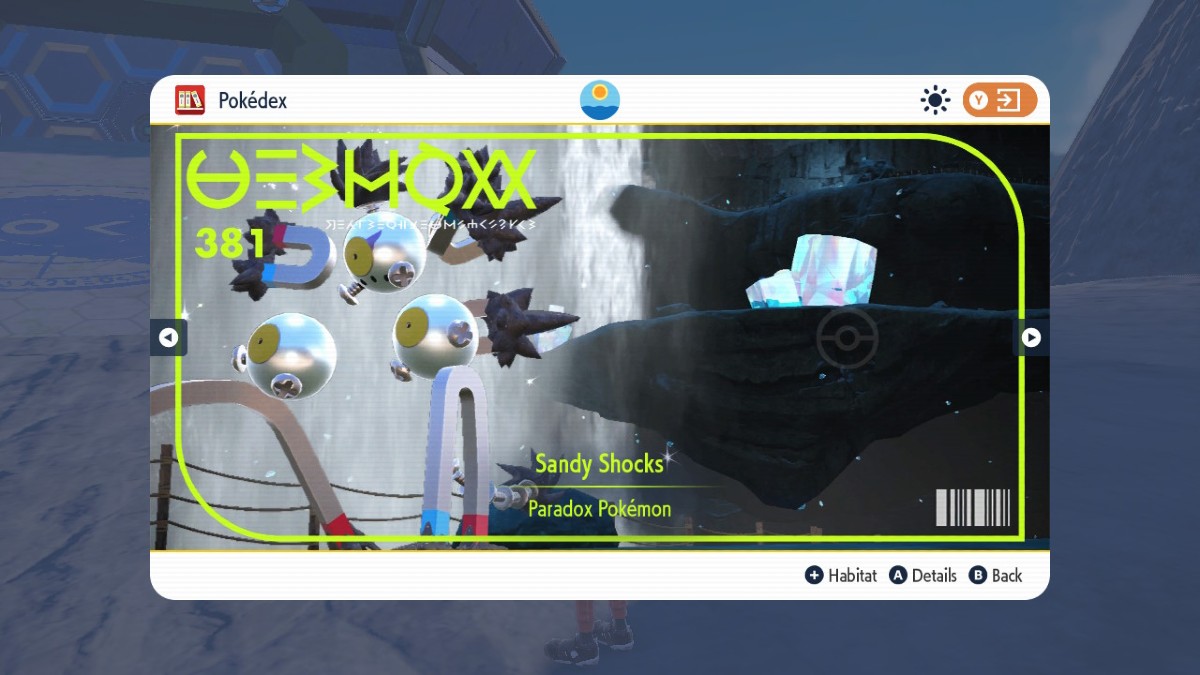 How To Find Sandy Shocks

First and foremost, Sandy Shocks can only be caught in the post-game of Pokemon Scarlet. After defeating the final boss, you can return to Area Zero and explore it for yourself. To find Sandy Shocks specifically, make your way down to Research Station No.1, and head outside the building. Sandy Shocks typically like to hang around the rocky cliffside areas, and there happens a rocky cliffside right outside the facility. Once a Sandy Shocks has been found, it’s time to finally battle and catch it.

Where & How to Catch Sandy Shocks

Magneton is normally a Steel and Electric-type, but its Paradox variant is a Electric and Ground-type Pokemon. Therefore, it now has new weaknesses, specifically Ground, Grass, Water, and Ice. Use one of these moves to bring its health down into the red. Sandy Shocks has a much more forgiving catch rate compared to other Paradox Pokemon, so with a few Ultra Balls, catching it should be of little issue.

Will More Paradox Pokemon Arrive in The Future?