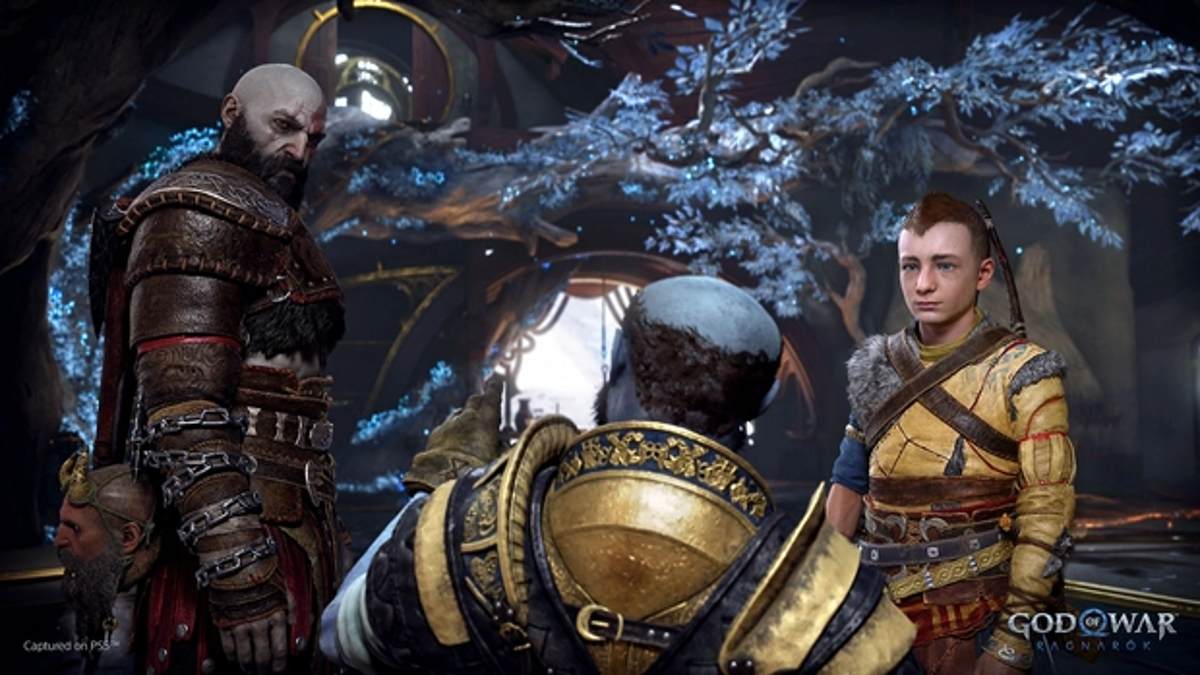 God of War Ragnarok has arrived, meaning you’ll once again be able to set off on your journey across the Nine Realms with Kratos and Atreus. Considering how dangerous the situation is this time around, though, you’ll definitely want to go into the game with a few helpful hints up your sleeve. Here are 10 God of War Ragnarok tips and tricks that every player should know before starting.

Explore as Much as Possible

At this point, if you’ve played any open-world video game, then it goes without saying that exploring is a key factor in not only enjoying the game but also progressing, especially on higher difficulties. God of War Ragnarok is no different.

When you first start the game, be sure to explore all the hidden paths that are blocked by green energy arrows or optional docks located throughout the many rivers and lakes you’ll find. By doing so, you’ll be able to earn XP, unique Runic Attacks, and even increase your overall health and rage by completing Nornir Chests and grabbing the Horns of Blood Mead and Idunn Apples inside.

On top of all that, you’ll also get a lot of great conversations and stories from Mimir and other characters that you would have otherwise missed.

Another well-known video game rationality home to open-world games is that players always want to find the direct path that leads them toward the story progression…just so that they can make sure they go the complete opposite direction in order to not miss anything. Thankfully, God of War Ragnarok has a nifty tool that’ll let you do just that.

If you go into the Accessibility Menu and turn on the Directional Indicator, then a prompt will then appear that always lets you know which direction the main story quest is. If you’re a completionist and want to make sure you’re getting all the goods possible, having the location indicated where the main objective is will allow you to go down the endless amounts of other paths that the game has to offer, leaving the one that progresses the story for last.

If you’re someone that wants to complete and collect everything and everything within their line of sight as soon as they come upon it, you’ll likely be in for a bit of frustration in God of War Ragnarok. While a lot of the game’s areas are pretty explorable from the get-go, a fair amount of areas, and even items, are hidden behind later game skills and items.

Whether its Red Vines blocking a chest you want to loot, a wooden barrier blocking an explorable path, or a hole in the wall with gold air blowing out of it, you’re going to run into a lot of stuff that you simply can’t do or get to without further story exploration. Specifically, you’re going to want to get to the story point of Forging Destiny in order to get past a lot of these roadblocks, as it unlocks an item that is key to traversal.

Whether you’re playing on Give Me Grace or Give Me God of War Difficulty in God of War Ragnarok, combat is no easy cakewalk. The game features a boatload of different enemies and combat requirements that you’ll need to remember in order to help Kratos and Atreus survive. Arguably the most important aspect of doing well, especially on higher difficulties, is parrying.

Just like in God of War (2018), learning the proper timing for parrying is vital to doing well in combat, as it opens up enemies so that you can do significantly more damage. In order to execute a proper parry, you must block with L1 as soon as the attack is about to hit you. If you do, you’ll hear a gong sound effect and it’ll stagger your opponent and let you go in and do some damage.

It’s also important to note that only certain attacks can be parried. Those with a red circle indicator before each attack are unblockable and should be dodged. Shield stats are also important this time around, as there’s numerous different ones that can be equipped and upgraded that have better stats for parrying, like Dauntless Shield, which gives you a damage and impact boost for a successful parry.

One of the easiest ways to earn XP and upgrade everything in your arsenal is by completing Side Activities in God of War Ragnarok. Alongside the rewards for completing them, you’ll find a boatload of hacksilver, enchantments, Runic Attacks, and other items along the way while completing these quests that make them worth your while to finish.

More than anything, though, you should complete these side activities because they are home to some of the best stories in the games. Whether it’s getting to learn more about Tyr or helping a wounded animal, the favors you’ll find throughout the Nine Realms really help build the characters and world of God of War Ragnarok while also telling some pretty amazing contained stories in their own right.

While there are a lot of one on one boss fights in God of War Ragnarok, you’re also going to find yourself in situations where you’re surrounded by a large amount of enemies as well. When this is the case, you’re going to be glad that you’ve got the Quick Turn mechanic on in the Accessibility Menu.

Turning Quick Turn on will allow Kratos to snap 180 degrees in the other direction, making it so that no one can get the drop on him. It definitely takes some getting used to, but combining this with the lock-on feature will help make you untouchable in any battle.

This feature is also pretty useful for when you’re exploring, as it’ll allow you to turn around with the press of a button when you come upon a dead end. You’ll execute this by pressing the L1 and down direction on the d-pad at the same time.

As someone who could listen to Mimir talk for hours about all of the different people and places he’s been throughout his lifetimes, one of the biggest recommendations I can give for God of War Ragnarok is to just chill and let some conversations play out. If you do, you’ll be rewarded with either an interesting backstory, worldbuilding, and even some elements of foreshadowing.

The conversations that Kratos has with Atreus, Mimir, and Freya are vital to really understanding a lot of the themes of the story and can be missed if you’re just trudging through each area, as conversations will be interrupted if you get to certain spots. While it is possible they’ll be rehashed later on, it’s best to just listen to each one as they’re occurring just in case so that you don’t end up missing any great bits of dialogue.

Adding to the above sections that talks about letting conversations play out, whenever you’re in control of Kratos and Atreus isn’t with him, you should take full advantage of this unique timeframe in which you’ve got a different character with you. To be exact, you’ll want to take them to realms like Helheim or Svartalfheim.

Taking companions to these different locales results in some interesting commentary that you wouldn’t get otherwise. More often than not, it is simply Mimir bickering with them about things that have happened in the past between them, but it definitely results in some great conversations you’d miss otherwise if you didn’t choose to explore with your unique companions.

Select Auto Pick Up in the Menus

One of the most frustrating parts about open-world games can often be just how many resources you have to collect in order to craft items, as it’s an arduous task to just constantly have to pick a bunch of things up off the ground. And while God of War Ragnarok isn’t as bad as Horizon Forbidden West in this regard, it is still something that is present.

Well, thanks to the Auto Pick Up prompt in the menus, you won’t have to worry about needless button presses to pick up every little item that drops on the ground. When this Accessibility feature is turned on in the menus, you’ll automatically pick up items that have been dropped on the ground simply by walking by them, including hacksilver, collectibles, and runes.

You can also select which type of pick up you want it set to, with Essentials, Economy, and Full each haveing different connotations as to what will be taken automatically. This, combined with the blue chests that are at Brok and Sindri’s workshops, will make it so that you never miss another item that is dropped in God of War Ragnarok.

Just like in God of War (2018), God of War Ragnarok has a bevy of different skills, weapons, and armor that you can upgrade throughout the game for Atreus and Kratos and even the handful of companions that will join them on some of their quests. Making sure that you keep all of these upgraded will save you a lot of headaches.

While this might seem like a simple thing to remember, I honestly found myself going hours without remembering to upgrade my skills, weapons, or armor when playing God of War Ragnarok, especially when I was on earlier levels. The further you get into the game, though, the more you’ll be glad you’ve upgraded each, as it’ll make difficult boss fights a bit more manageable.