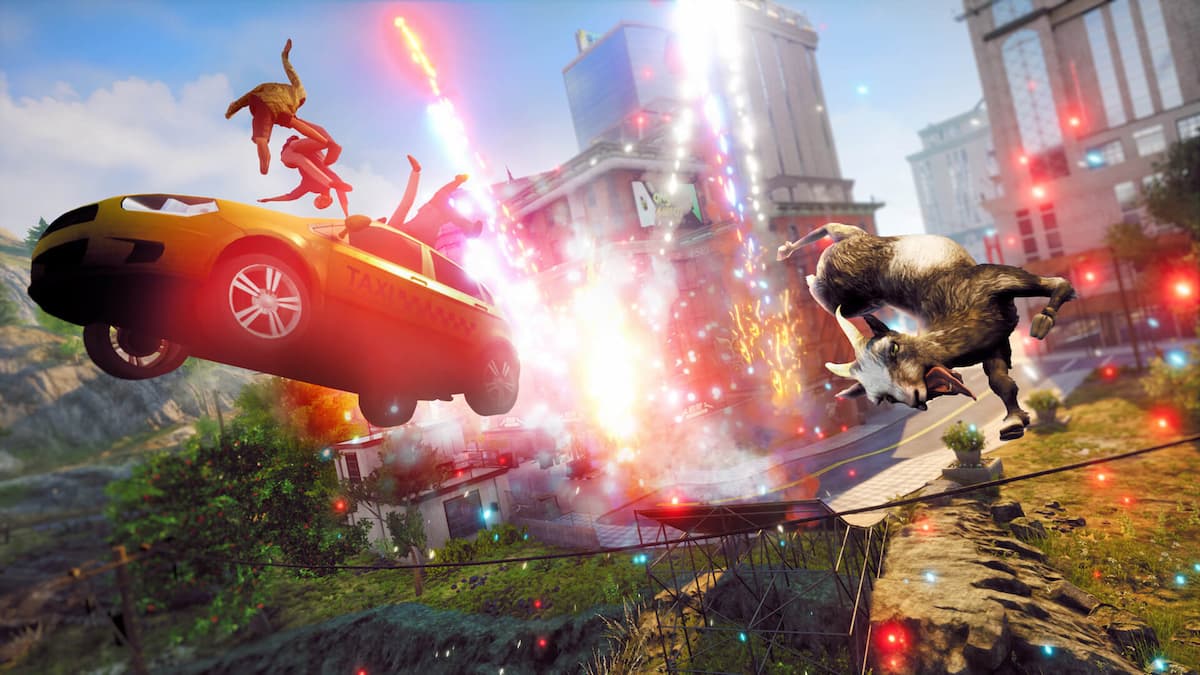 In an industry overflowing with bombastic military shooters, glum and gloomy narrative adventures, and online-centric Games as a Service titles, there’s something refreshing about Goat Simulator 3’s unpretentiously straightforward pick-up-and-play DNA. Don’t get me wrong, I’m a big fan of those aforementioned types of games, too, but you’ve got to admit it: occasionally video games forget how fun and creative the medium can be. And Goat Simulator 3 is a timely reminder, and a celebration of that fact.

For the uninitiated, 2014’s Goat Simulator is a weird and wonderful sandbox experience where you roleplay the adventures of… you guessed it! – a mischievous goat. Equally bizarre as it is bonkers, the game gives players the opportunity to wreak havoc on a small town replete with goofy side quests, hilarity-inducing ragdoll physics, amusing easter eggs, and a relaxed “make your own rules” gameplay loop. Not only did the original go on to become a sleeper hit, but this direct sequel is proof that there’s still some life in the ol’ goat yet. (Don’t worry, for those wondering, there wasn’t actually a Goat Simulator 2, Coffee Stain North just dubbed it 3 for the lolz.)

As to be expected, Goat Simulator 3 offers a whole lot more to do in its open-world than its preceding forebear. Not only does is boast a larger world to explore – roughly three or four times bigger than 2014’s base game offering – but it also features a host of new and more engaging activities to partake in.

Much like its predecessor, Goat Simulator 3 is a chaotic open-world sandbox brimming with nutty activities to do. One minute, you’ll be trying to eat cupcakes while passersby shoot you with laser beams from out their eyes. The next minute, you’ll be assembling Ikea-like furniture to open a portal to another dimension. Meanwhile, a few moments later, you’ll be trying to remember how to play the Star Wars theme tune on a trio of church bells. Ultimately, however, thanks to a very loose narrative structure – and that’s probably putting it politely – the real incentive to keep you engaged in its moment-to-moment mayhem is primarily down to the player’s own motivation in wanting to see everything the game has to offer.

You’ll likely be a little surprised by my next comparison as the game that springs to mind for a number of reasons is… Skyrim. Why am I comparing Goat Simulator 3 to Bethesda Studios’ open-world fantasy magnum opus? Well, for two reasons, actually. Firstly, there are a lot of easter eggs hidden in Coffee Stain North’s threequel that are clear nods to Skyrim, as well as a number of other famous IP. From the opening sequence in a wooden cart, where the rider gives the player some narrative exposition to even audio bites that are clearly a knowing nod to the fifth Elder Scrolls title. In addition, the in-game map and compass are lifted straight out of you-know-what.

Jokes aside, the Skyrim-esque map and compass work well within the context of the game and help you get from point A to point B smoothly, though I am a little surprised by how on-the-nose some of the parodies are. There’s even an in-game event that tasks you with detonating a big nuke a ‘la Fallout, which even gifts you a Fallout-like vault jumpsuit to adorn your fun-loving goat avatar. Fun times!

Speaking of which, events are now a much bigger part of Goat Simulator 3, and are essentially the quests that you undertake in the game. Some are more complicated than others, and each gift you Illuminati Points for you to level up your very own Goat Castle. As you progress and rank up your humble abode, you’ll unlock new rooms and decorations to deck out your digs with the ultimate goal of opening a big mysterious door within your goat-themed fortress. Oh, and I also should probably mention that you can drive all the vehicles now, too. Neat!

Elsewhere, there are also seven multiplayer minigames for you to partake in with up to four friends. These are largely PvP experiences and range from The Floor is Lava to Prop Golf to Hoofball, the latter of which being Goat Simulator 3’s very own take on soccer. Unfortunately, I didn’t have a chance to really dig into the title’s multiplayer offering due to the absence of any traditional matchmaking and also because I only own one PS5 controller. Still, I imagine playing Goat Simulator 3 with friends will definitely help boost its overall fun factor.

Now onto one of the rougher aspects of my experience: performance. While Goat Simulator 3 mostly runs at a smooth 60fps, it’s unfortunate to report that it can occasionally drop frames when the action gets busy onscreen, which is kind of mind-boggling for a PS5 game as rudimentary as Goat Simulator 3. Personally, I found the issue became compounded as I spent more time with the title, but it’s not a deal-breaker by any means. These were instances that only lasted a few moments and only reared its ugly head a couple handfuls of times, but I think I’d be remiss if I didn’t mention it.

Overall, though, Goat Simulator 3 is what you’d expect from a modern sequel. It’s bigger, more content-rich, and is largely an improvement over its predecessor from a visual perspective. But getting even deeper, it’s a reminder of simpler times, when just running around and making your own fun used to be more the du jour.

These days, though, these kinds of experiences are undoubtedly a tougher sell, but it’s hard to be too down when you’re sporting tacos as shoes, head-butting ballerinas to produce humungous tornadoes, while the locals shoot laser beams from out their eyes for eating a cupcake. Yes, there may be some life in the ol’ goat yet, but it’s probably fair to say that the joke is beginning to wear a little thin… well, a tiny bit, anyway. 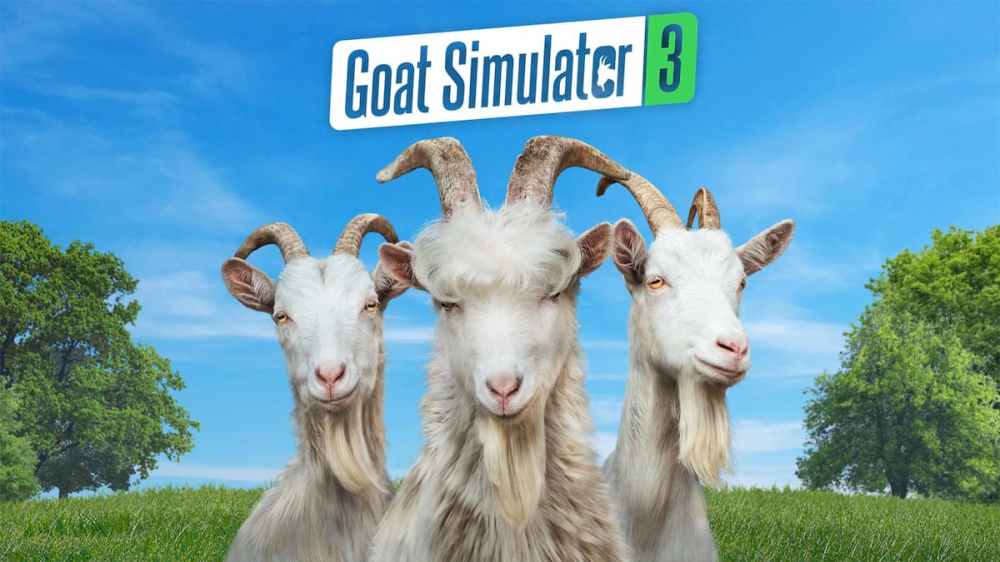