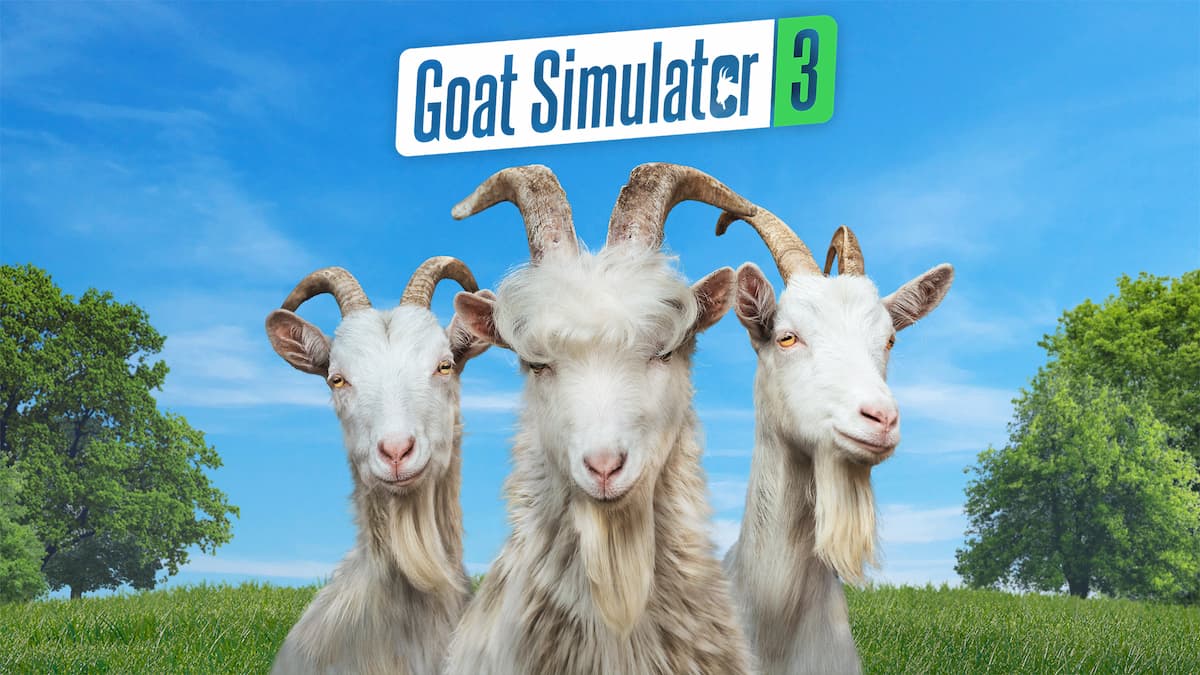 With Goat Simulator 3 coming soon-ish, gamers around the world are preparing to wreak havoc once more on unsuspecting humans and their things.

Following the announcement at Summer Game Fest and the gameplay reveal at Gamescom, I had some time to sit at the controls of my very own goat in Cologne.

The demo had multiplayer enabled, so I was able to enjoy (and devastate) the bucolic world of the game alongside other players, destroying everything together or playing pranks on each other.

The basics of the sandbox aren’t that different from the original Goat Simulator (in case you’re wondering, there never was a Goat Simulator 2). You roam around the world, headbutt humans and a massive variety of objects, use your sticky tongue to drag things anywhere you want, and play with physics and ragdolls to your heart’s content.

You can also use a variety of weapons strapped to your back to increase your destructive potential, including firework shooters and much more.

You can customize the looks of your goat, or simply unlock other animals like a pig or… a shark on a skateboard.

The meat and potatoes of the game is certainly made of exploring the world and finding creative ways to unleash the most destruction, and there are many, many such ways. That being said, there are also other activities.

The map is nicely packed with things to do, like platforming puzzles or stunt challenges that you can tackle on cars (yes, of course you can drive). There are also minigames that you can enjoy with or against your friends basically anywhere.

For instance, one of them requires you to stand firm on an elevated position because literally everywhere else is lava. Of course, the idea is to throw everyone else into the fiery hell without suffering the same fate.

You can play hide and seek, with one of the players having to find the rest after they have taken over a variety of objects.

Another minigame is a sort of “king of the hill” where standing inside a makeshift castle lets you accumulate a pile of crowns over time, and the goat (or other animal) with the most crowns at the end wins.

There is the game’s version of soccer/football, and a possible homage to Splatoon in which you have to compete on who paints the most objects by headbutting them.

On top of all of that, there is an overarching plot about a secret Goat society that invites you to complete challenges and tasks to unlock a mysterious door within an even more mysterious tower.

The 30-minute demo I played was a lot of fun, but whether it’ll be able to keep the player’s attention for a considerably longer time remains to be seen.

I’m definitely thankful to Goat Simulator 3 because it allowed me to kick back and relax in the middle of a fairly work-heavy Gamescom without thinking about anything else than breaking everything in sight.

Yet, I can’t help but wonder if I’d be able to enjoy this mindless “fun with physics” for a full day, or even a week?

That will depend on what the developers at Coffee Stain Publishing will manage to inject into the game on top of the destruction fest, collectible hunt, and minigames, and at the moment it’s too early to judge.

We’ll have to wait and see, but the short-term fun and relaxation is already there. So far so good.

Goat Simulator 3 will release for PC (exclusively on the Epic Games Store), Xbox Series X|S, and PlayStation 5 on Nov. 16, 2022.