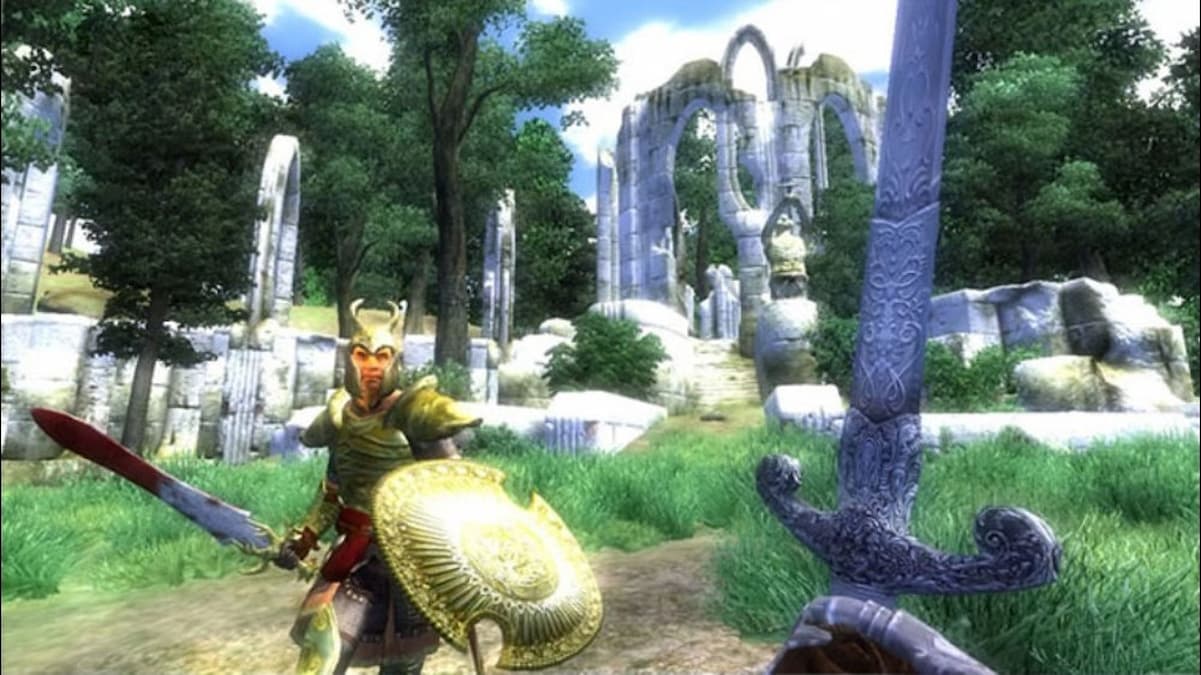 Nostalgia is a powerful thing and sometimes just the mention of a name, or a simple tune or image, can bring strong feelings rushing back. Case in point: a recent Reddit thread featuring a piece of absolutely gorgeous pixel art is making folks wax nostalgic over one of Bethesda’s finest RPGs. Are you ready for your nostalgia fix, folks?

As you can see above, user KillerRabbitMedia has absolutely nailed the look, feeling, and vibe of Elder Scrolls: Oblivion by way of an eye-catching 8-bit Gameboy-esque aesthetic, with just a handful of frames to boot. Indeed, it’s kind of amazing how much nostalgia a single image can evoke, right? I can almost hear Jeremy Soule’s incredible, whimsical soundtrack whispering in my ears as I stare at it.

Released back in 2006, Oblivion is the fourth game in Bethesda’s iconic fantasy RPG series, and was a huge hit with both critics and fans alike. It was arguably one of the first truly open-world first-person fantasy games that allowed players to explore every nook and cranny of Cyrodiil to their heart’s content.

Exploration was meaningful and the RPG progression systems were marvellously addictive, resulting in one of the best games on the Xbox 360 and PS3 generation, and potentially – depending on who you ask – one of the best titles Bethesda Studios has ever released to this day. (Sorry, Skyrim stans!)