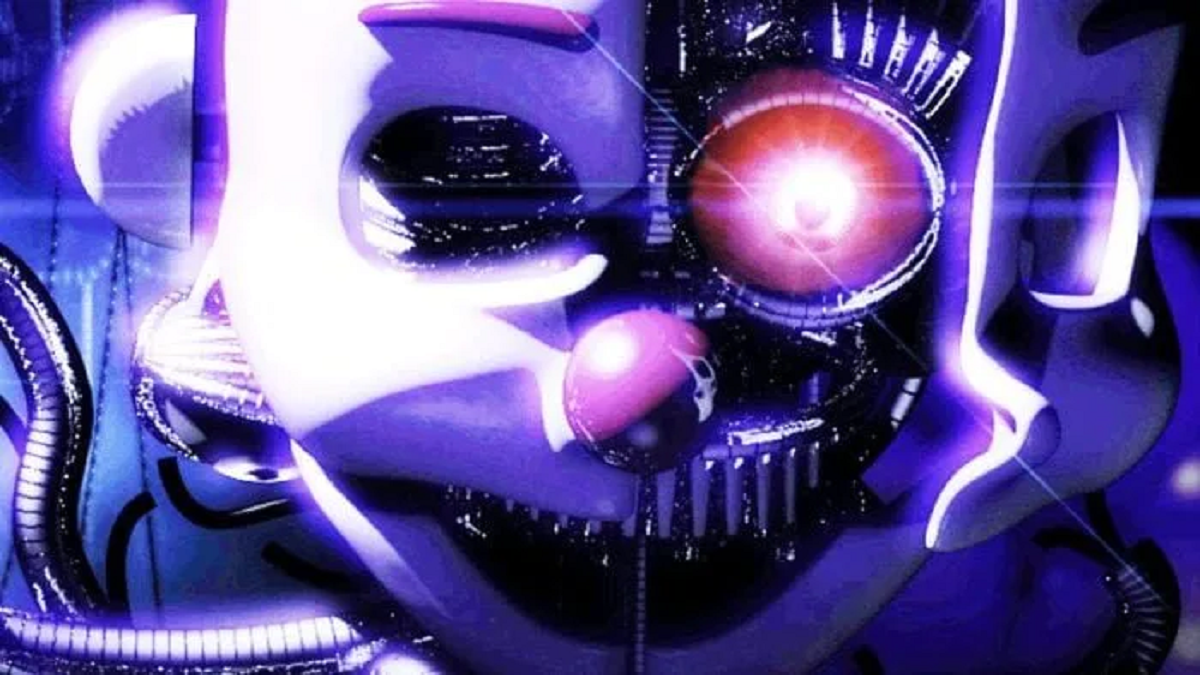 Five Nights at Freddy’s: Sister Location and brings all of the animatronic scares that players associate with the series. As you journey to this different location there are a couple of new faces. Here are all of the FNAF Sister Location characters you’ll see in the game.

You won’t see Circus Baby during Sister Location, but you’ll certainly hear it. It’s also used as the promotional image for the game.

HandUnit won’t try and kill you like every other robot in Sister Location. It never appears, but is always there to advise you on the best practice. He’s voiced by Andy Field, pictured above.

Ballora will be waiting to terrify the crap out of you on one of the nights. It’s also accompanied by much smaller Minireenas.

Funtime Freddy and his adorable little puppet are part of your maintenance tasks on one of the nights.

Across from Ballora you’ll see Funtime Foxy waiting to jump out and give you a big hug… or murder you.

Ennard is the mysterious robot of Sister Location and its real identity is only revealed toward the end. We won’t ruin the surprise for you here.

That does it for all the Five Nights at Freddy’s Sister Location characters. Did these pictures creep you out? If not the images, the descriptions sure did for us. Be sure to check out our other FNAF content down below and check out our story summary for this installment.