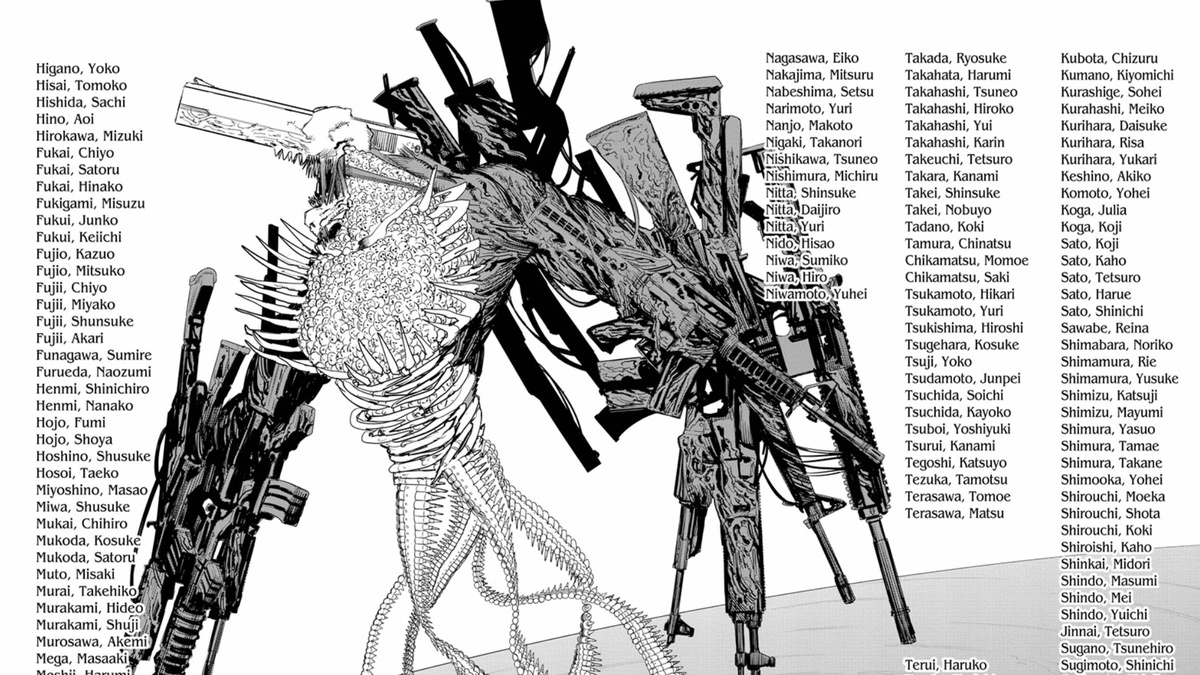 Does Denji fight the Gun Devil in Chainsaw Man? It’s a question that rests at the front of everyone’s minds as they watch or read the Chainsaw Man anime and manga, and given that you looked up this guide, you’re in the exact same boat. And who could blame you? Given how much of the story centers around Denji and his friends preparing to face the culmination of fear toward firearms, it’s easily the most anticipated match-up in the series.

You can’t help but wonder what happens when these two collide, and for better or worse, we’re here to walk you through whether or not this climactic showdown occurs. Be warned though: There are *Massive Spoilers Ahead.*

Do Denji & the Gun Devil Fight in Chainsaw Man?

First and foremost, it’s worth stating outright that Denji doesn’t fight the fully-manifested Gun Devil in the Public Safety saga of Chainsaw Man.

This is because the Gun Devil was defeated shortly after manifesting by an unnamed Devil Hunter or armed force. Since then, it has remained supervised and controlled by countries throughout the world. This is done by holding onto large portions of its body, and threatening to make contracts with it in order for other countries to avoid trying to summon it for their own purposes.

This has led to a tentative peace of sorts, but Makima aimed to control or defeat the Gun Devil via her Control Devil powers. To this end, she amassed a following of powerful Devils and Devil users under the guise of hunting down the supposedly still at large Gun Devil. She then takes on the Gun Devil herself, and nearly kills it before it flees into Aki’s Corpse to manifest as a Gun Fiend.

This was part of another plan by Makima though, and she uses Aki’s possessed corpse to try and break Denji’s spirit in the final arcs of Chainsaw Man.

As the corpse the Gun Devil possessed was Aki’s, Makima was able to control it and send it toward Denji. She then let it loose, and it attacked Denji, Power, and all of the civilians in the area near them. This left Denji with no choice but to fight and kill Aki, as there was no way for him to bring Aki back to his senses. The two then clash, and Denji emerges victorious at the cost of having to kill one of his closest friends.

From this point on, the Gun Devil hasn’t been shown again in the continuing manga series. However, it’s likely that it will reincarnate if it hasn’t already, as it is never shown to be erased from existence like other Devils in the series.