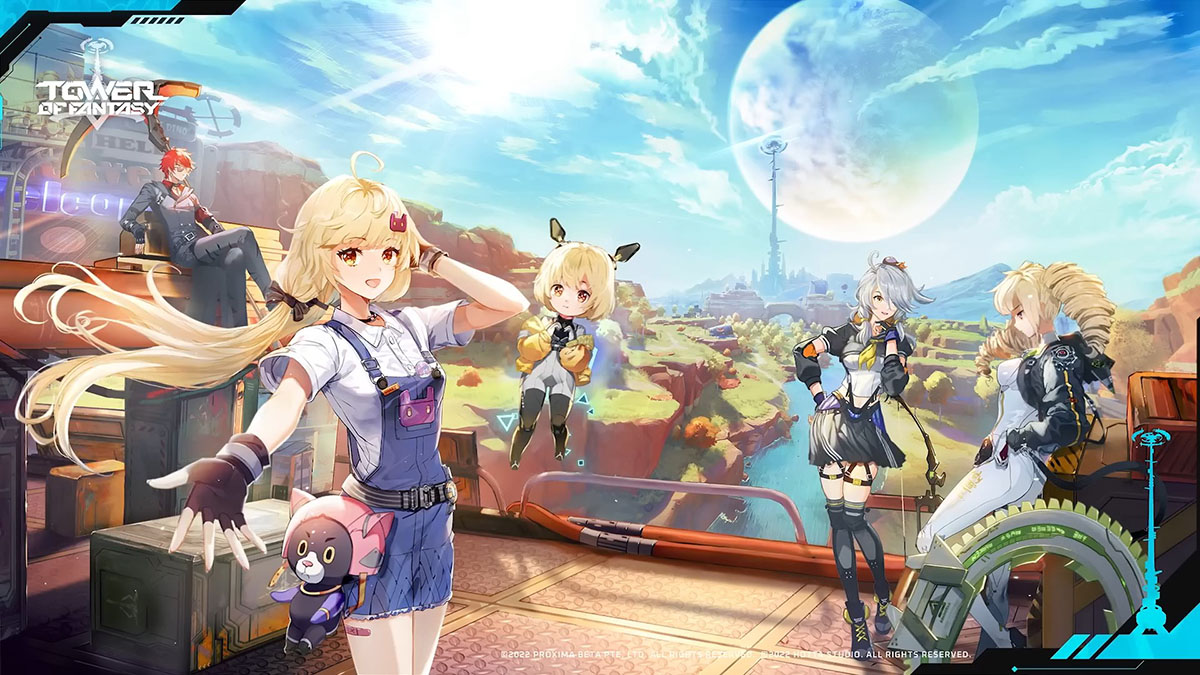 As we’ve already mentioned, the developer logs are well scattered across the Artificial Island, and players have to find ten dev logs to complete this quest.

As soon as you reach the location by aircraft, walk into the blue triangle glowing object called Spacerfit in order to teleport to a different location. You’ll find the first Dev Log right in front of you soon after teleporting through the space rift.

After collecting the first log, hop back off the cliff and run straight across and down the little staircase. Then, take a sharp right and stand close to the third tree to find the second dev log. This one is a bit tricky to find as it’s well hidden near three. Finally, stand above the location marked in the image and press the interaction button to collect it.

Navigate to the Rusty Iron Camp and jump on the top of the spaceship. You’ll find two small cans, which you’ll need to destroy to collect the third dev log.

4. Sky Station Near The Mine Base

The fourth developer log can be found on the top of a Sky Station located to the right of the Mine base. You will need to destroy a rock at the above-marked location to reach there. After destroying it, you’ll get access to a red portal which will directly teleport you to the Sky Station. Walk into the portal and head to the cliff to find the fourth log.

5. Western Side of The Ring Arena

Head to the above-marked location to find the fifth developer log in the Tower of Fantasy. It’s worth noting that 70 enemies scout around here.

Navigate to the above-marked location and walk to the back of the three grey rocks. This Developer’s Log is hidden behind those three rocks.

Travel to the camp in the western area of Eyrie. Climb the ramp, and you’ll see a wooden box near the staircase. Simply destroy that box to collect the eighth Dev Log.

9. West of Base Zero

The second last Dev Log can be found in the western area of Base Zero. Travel to the above-marked location and use the platform that leads you down. Then head to the sign saying “Area 5.” Therefore, you can find the ninth Dev Log on the Artificial Island.

The final dev log is perhaps the most difficult to collect, as you’ll come across a bunch of 70 enemies around the location. Start by heading to the Mine base southwest of Base Zero. In the base, you’ll see a rusty truck to the left accompanied by the tenth dev log needed to unlock the Home system in Tower of Fantasy.