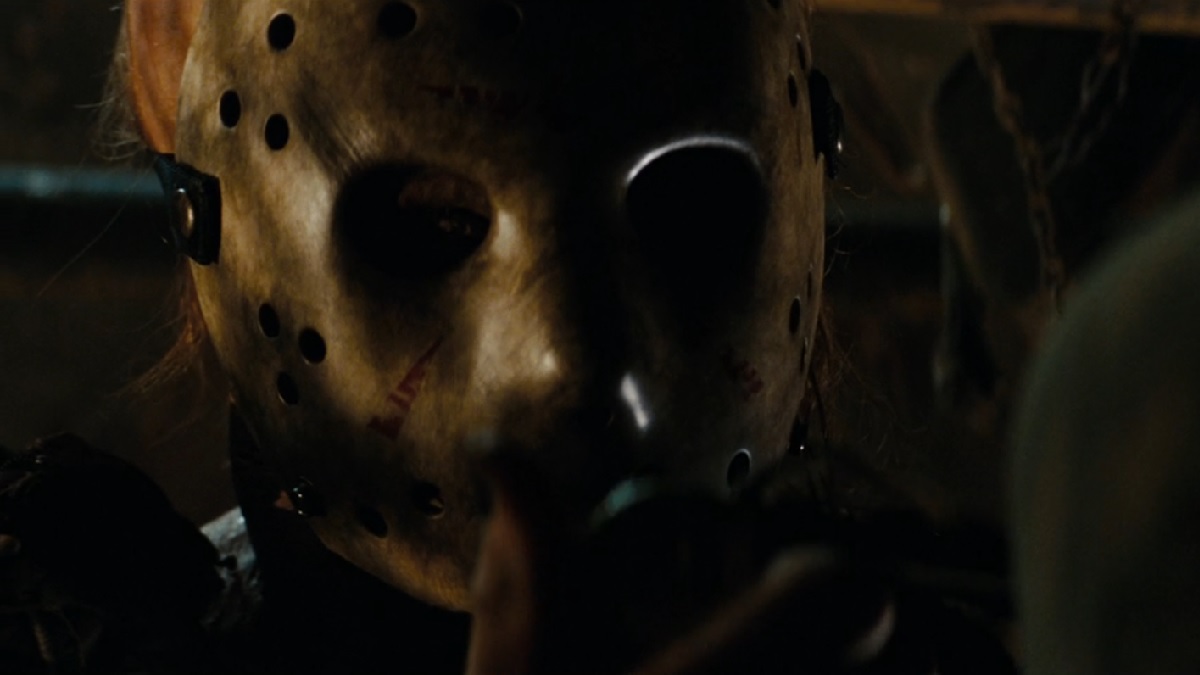 It would be an understatement to name Friday the 13th as one of the most well-known slasher franchises in horror, featuring the hockey-wearing Jason Voorhees. His hockey mask is just as iconic and easily recognized as Michael Myers’ death mask, Leatherface’s horrific visage, and Freddy Krueger’s razor-clawed glove. If you’re new to the franchise, the most common question people ask about the spirit of vengeance is: what does Jason look like without his mask? It’s a rather sore subject, to say the least.

What you’re looking at is the original vision of Jason Voorhees’ face, revealed in the very first film, without his signature hockey mask—designed by legendary FX artist Tom Savini. It isn’t a pretty sight and, while not his fault, was what ultimately got him tossed into Crystal Lake, where he then drowned.

Jason’s physical appearance remains relatively consistent throughout the franchise, though its presentation changes from artist to artist, film to film. On top of abnormalities and mental disabilities, Jason suffers from Hydrocephalus, which causes the head to swell and enlarge. Depending on the film, Jason’s skin has been seen with rotting flesh (Friday the 13th Part VI: Jason Lives) and even cybernetics (Jason X).

That is everything you need to know about what Jason Voorhees looks like without his mask. Despite wearing a hockey mask most of the time, Jason Voorhees’ appearance is never treated like some big mystery, not like it is with Michael Myers. If you live off of horror, the Dead Space remake had its first official gameplay trailer release.