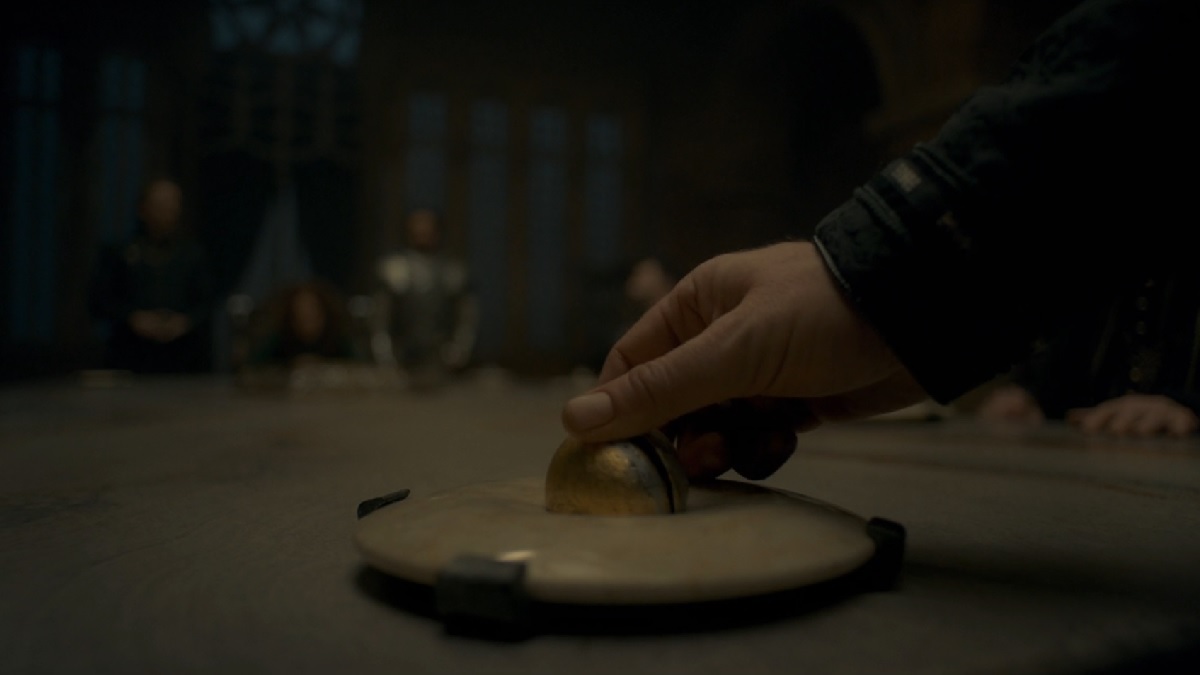 House of the Dragon is brimming with tiny details that flesh out the world of Westeros and, most importantly, the characters. The show is certainly richer for it, but one detail that viewers have an interest in are the small balls in the scenes featuring the small council, seemingly made of stone. What is their purpose? What are the balls in House of the Dragon?

House of the Dragon – What Are the Balls in the Council Chamber? Explained

There’s another prop in the middle of the table that stores the balls. Should a Small Council member be absent, their ball is left in the center; Prince Daemon, for example, wasn’t present for the Small Council meeting in the very first episode.

It’s a neat prop that showcases another layer of ceremony and political theater royalty. However, one interesting bit to note is that, despite being heir to the Iron Throne since the debut episode of House of the Dragon, Rhaenyra doesn’t appear to get her own ball until episode 4—an early example of Viserys’ inability to commit to his decision.

There you have it: what the balls are in House of the Dragon. Though small and admittedly insignificant, details like that give the show depth. For more guides and questions on House of the Dragon, learn why Ser Harrold removed his cloak. Afterwards, decide for yourself if you think Mysaria is dead at the end of episode 9.