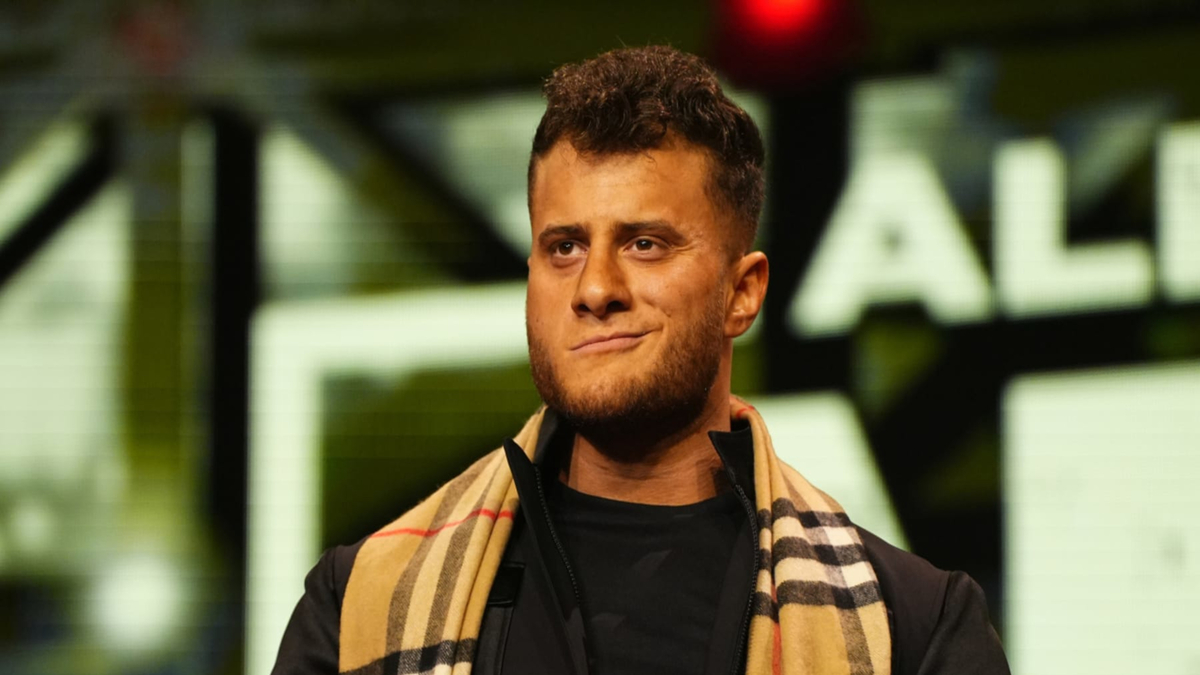 Ever since All Elite Wrestling debuted three years ago, Maxwell Jacob Friedman – better known as MJF – has cemented a reputation as the promotion’s biggest heel, but could that all be about to change? His actions in recent episodes of AEW: Dynamite seems to suggest so. Here’s everything we know about whether MJF is turning Babyface in All Elite Wrestling.

Last night’s episode of AEW: Dynamite saw MJF open up to fans in attendance in a backstage segment that saw the Salt of the Earth portrayed as a man conflicted over his actions throughout his three years on the roster.

During the segment with Alex Marvez, Friedman delivered an impassioned promo to the camera claiming that he knows that the fans and the locker room hate him, and while he doesn’t like himself either, he has to be the bad guy to become champion.

I have broken my hand many times punching my reflection. You don’t like me? Tough sh** because guess what, when I walk through that curtain I don’t like me either. But that is what it takes to become champion of the world.”

The segment also saw MJF become enraged with his stablemate in The Firm, Stokely Hathaway. Tension has been brewing between the two since last week’s Dynamite which saw Hathaway attack Wheeler Yuta from behind following his grueling match against Friedman.

Notably, Yuta offered MJF a handshake after their match, and – in an uncharacteristic move – it looked like MJF was about to return the respect prior to the attack. However, MJF admitted in the segment that he didn’t know if he was going to shake Yuta’s hand.

It’s worth noting that this isn’t the first time that AEW has teased a face turn for MJF or hinted that there’s more to him than meets the eye. During his bitter feud with CM Punk earlier this year, MJF delivered an emotional promo that saw him promise to be there for his young fans being bullied at school the same way he was. The segment left fans feeling conflicted. The following week’s episode of Dynamite would see Friedman go back to his villainous ways in a brutal attack against Punk.

MJF once again played with fans’ emotions following his return at All Out after a three-month hiatus. Friedman’s return at the pay-per-view gained the loudest pop of the night, which he played into in the following episode of Dynamite. MJF got a babyface entrance and engaged with fans before quickly reverting to his heelish antics.

AEW and Friedman are known to mess with the fans hoping for a babyface run, recent episodes of Dynamite could be continuing that trend, or it could be planting the seeds for the long-term storytelling and character arcs that the promotion has become known for.

It’s easier to make people hate you than it is to make them like you, but once they start hating you, that’s when they really start liking you. He’s almost at that — that’s my prediction. I think he’ll be one of the top babyfaces, whether he wants to be or not, very very soon.

That’s everything we know about whether MJF is turning babyface in All Elite Wrestling. Be sure to check out the rest of our wrestling coverage, including our breakdown of WWE 2K22’s post-launch content map.