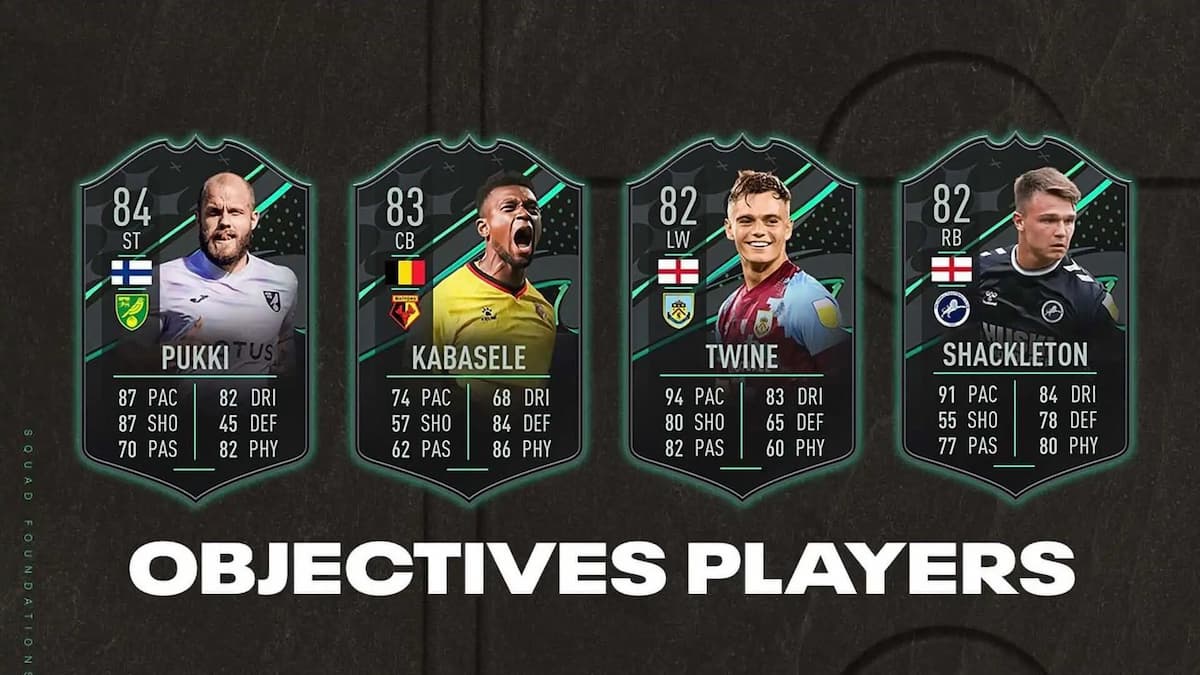 Every time a FIFA player blinks, Ultimate Team adds another card. And if you dare go to sleep, don’t be surprised when you wake up to slates of objectives. Now it’s time for the EFL Championship to get in on the fun. That’s why we’re here today, after all — to break down how to complete the Teemu Puuki EFL Championship Foundations Objectives in FIFA 23.

First off, you might be wondering: Why would I complete objectives for EFL Championship player cards? To that, I say: Why not? But going further than that, some fun squads can be pieced together from the cards these objectives ultimately unlock. Plus, if you combine them with the recently released Chris Willock Rulebreaker SBC, all the better.

To start, it takes a little bit of menu hopping to access, but simply go from Home > Objectives > Milestones > Squad Foundations: EFL Championship, and you’re there. Once you arrive, you’ll notice it is the first of two EFL-themed objectives listed. Like our Liga Portugal tasks, you can do them in any order. And as always, you may even be able to check off multiple requirements at once.

They follow below, as well as the (untradeable) rewards you get for accomplishing each.

For starters, make sure your Starting XI consists of all EFL Championship players. After that, the task is very straightforward. Players must win 7 matches in the FUT Friendly: Managerial Masterpiece to claim their first prize.

There is no winning requirement in this one, but you’ll have to use EFL Championship players to score 20 goals in the FUT Friendly: Managerial Masterpiece. There is no set number of how many matches you must play for this; just score 20 goals!

Get in Behind [Reward: Small Gold Players Pack]

With this, we get to our first ‘separate match’ requirement. Using EFL Championship players, you must assist with a through ball in three separate matches in the FUT Friendly: Managerial Masterpiece. Depending on your platform, the driven-through pass works as follows:

We close on yet another ‘separate match’ requirement. Once again, players must use EFL Championship players to score and assist across four separate matches. After that, you’ll be able to claim your Rare Gold Two-Player pack, as well as your specialty Puuki if that is the last objective you had to accomplish.

So that’s that, FIFA enthusiasts — everything needed to complete the Teemu Puuki EFL Championship Foundations Objectives in FIFA 23. If you’ve got questions or simply want more in-game tips, Twinfinite is the place to be. Be sure to check out our guides covering how to change difficulty settings and how to complete the Niclas Fullkrug POTM SBC, as well as endless information at the links below.