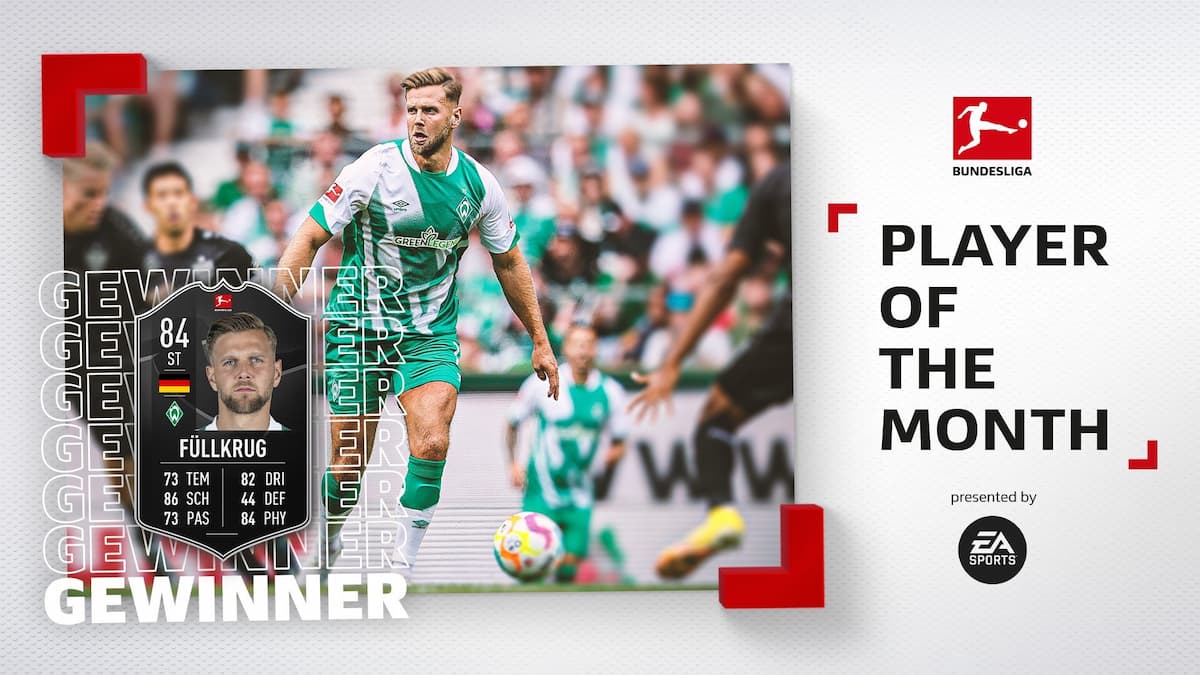 Fresh off his blistering performances for German side Werder Bremen, Niclas Füllkrug has been chosen as the Bundesliga’s Player of the Month. And now, Ultimate Team enthusiasts can get their hands on his limited-time card. So let’s talk about how to complete the Niclas Füllkrug Bundesliga POTM SBC in FIFA 23.

Once again, similar to our Sávio Moreira SBC, players will only need to assemble one build in order to unlock Füllkrug. And aside from the standard 11 players requirement, the objectives are low in number. Take a look at the requirements below.

With the 84-overall team rating being key, we suggest players tackle that and the Bundesliga player objective with the same card. Include either Péter Gulácsi (GK), Niklas Süle (CB), or Marco Reus (CAM). They’ll run you about 8,000 coins but that 85 overall will go a long way with your 84-rated squad. Plus, they tick the Bundesliga box as well.

Here’s where we’re at.

As you can tell, there’s plenty of club fodder in here already. Yet these remain the best deals you can find for this specific build. And again, use Gulácsi or someone similar. His 85 overall helps a lot and allows players to sneak in a small handful of 83-rated players as well.

Outside of that, none of these players run all that high in cost. Gulácsi goes for about 8,000 currently, while the rest can be had ranging from 850-2,000 coins. Keep a close eye on the transfer market, as prices are often fluctuating.

And that’s all players need to know in order to complete the Niclas Füllkrug Bundesliga POTM SBC in FIFA 23. But for more in-game tips, keep it right here at Twinfinite by checking out our guides like when does FUT Champs start and how to complete the Whole Nine Yards SBC—as well as endless information at the links below.